I had a hell of a lot of fun at this event. It was crazy. There was a ton of stuff going on – perhaps a little too much, as the entertainment was served up one thing immediately after another, leaving people little time to properly absorb it all – but it was a nice slice of everything that San Diego has to offer.

There was a theater performance. On a huge table saw, no less. 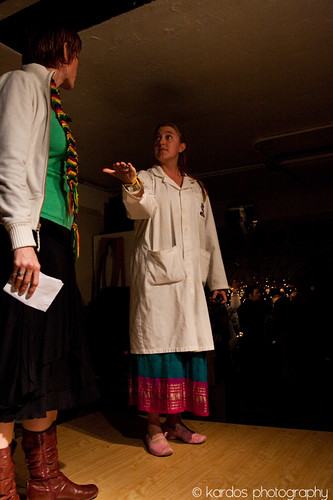 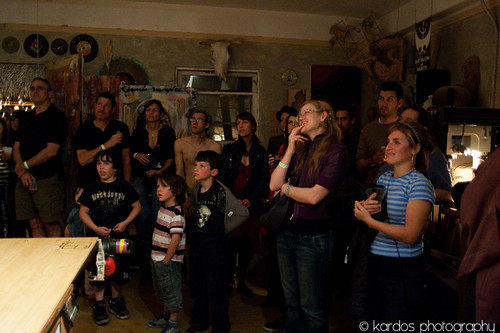 There was The Platt Brothers.

There was Joanie Mendenhall (also on the table saw), as well as Swim Party. 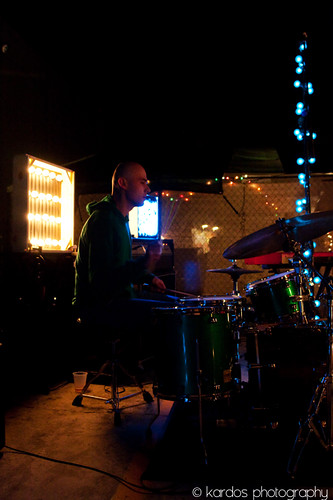 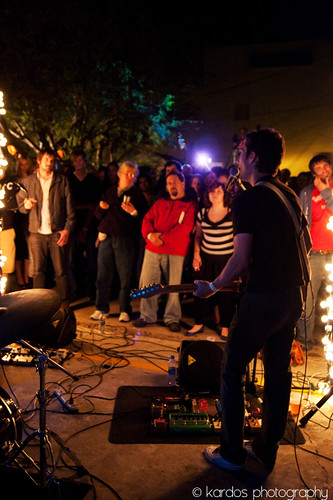 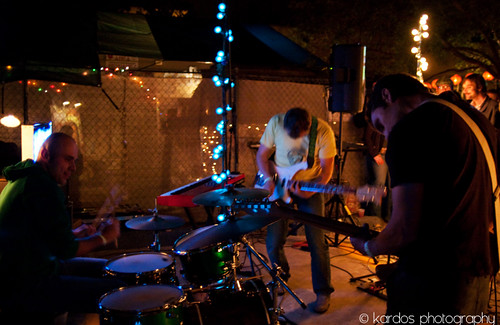 Some insanely impressive beatboxing was done by Generic. 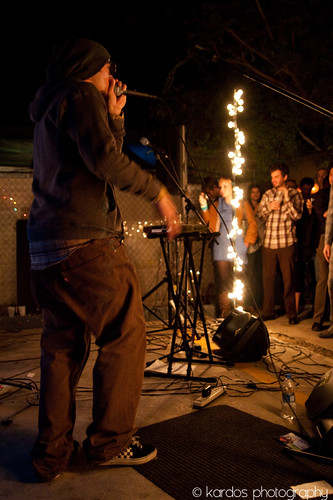 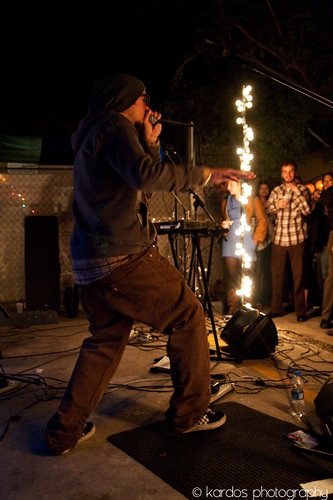 There was also the dancey electro-pop of Jamuel Saxon, who I somehow had never managed to see before. 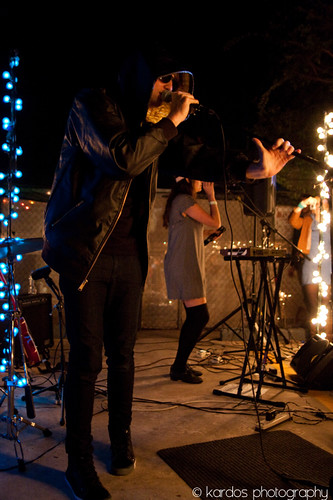 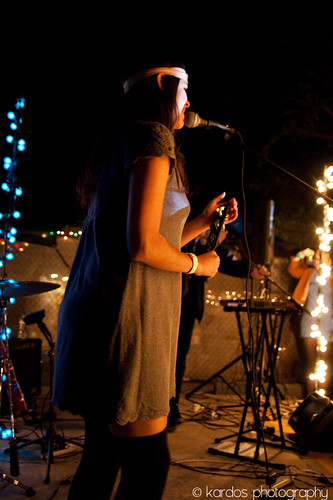 And, as previously mentioned, there was a fire spinner, which made for some fun photos. 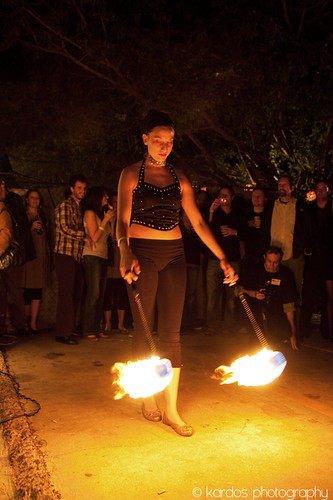 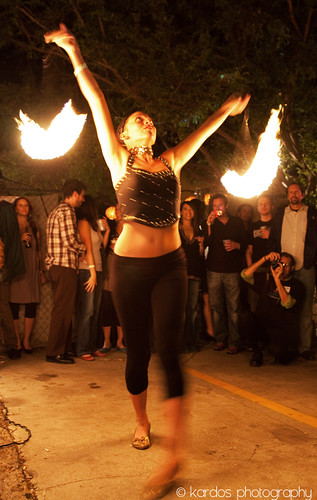 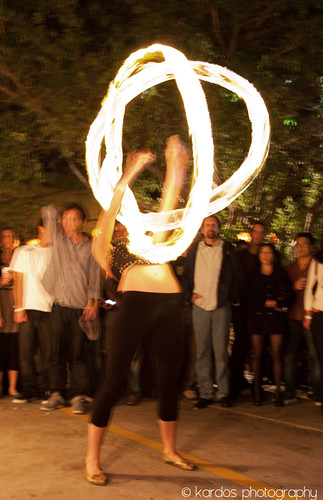 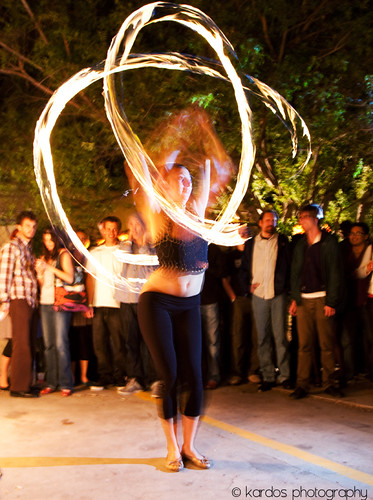 And oh yeah. There was booze. Which is the reason why this review is not more, umm, fleshed out. But suffice it to say that it was a great time, with great folks, and I’m glad this sort of thing happens monthly in my neighborhood.
Posted in music photography