So, I mentioned a little while ago that I took some Holga photos of The Muslims playing at the San Diego House Party last Saturday. Sixteen photos, in fact, because with 120 film, you only get the option of 12 6×6 frames or 16 6×4.5 frames. I used some Fujicolor Pro ISO 800 film that I bought on a whim, but I think I probably would have been better off with ISO 400 film. The 800 just caught too much flash on close subjects, i.e. faces. But regardless, the photos turned out better than I thought they would, and it was nice/challenging to be relegated to only 16 shots for the evening. I still don’t like direct flash, but I have no other choice with the Holga. 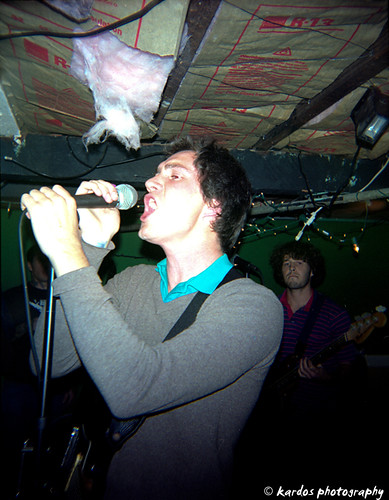 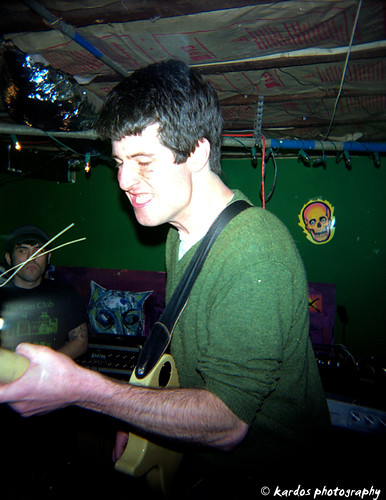 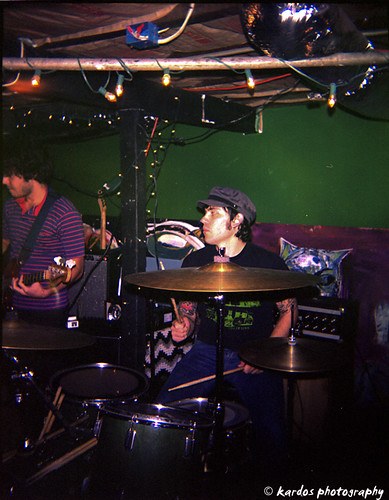