I shot a roll of Holga film while at Zion. I wasn’t too thrilled with the results – I think the film was a roll that I took with me to Coachella in 2008 and that got jacked up in all the heat.

The main reason for using this roll of film was to set up a long-exposure (~5 hours) with 100 ISO film to capture some star trails. Of course, the night I ended up doing it, it clouded over pretty early, so no stars. Bummer. 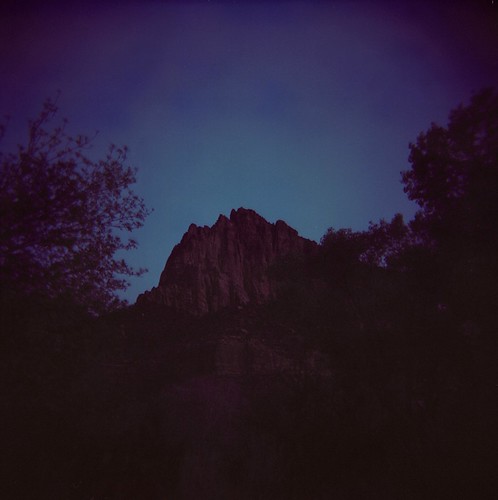 Most of the rest of the film was used up at the Virgin Trading Post outside of the park, on the last day. 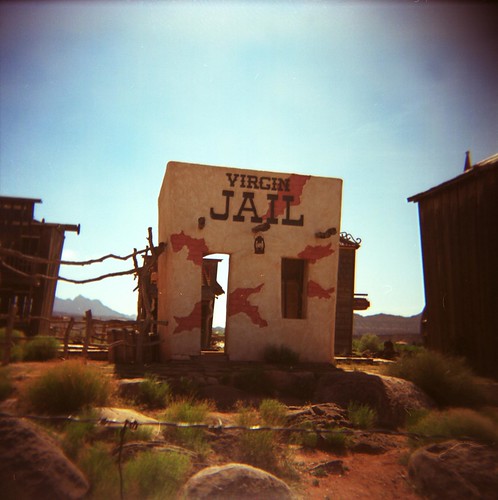 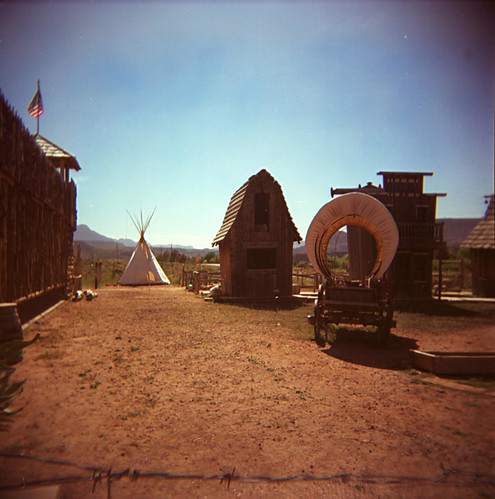 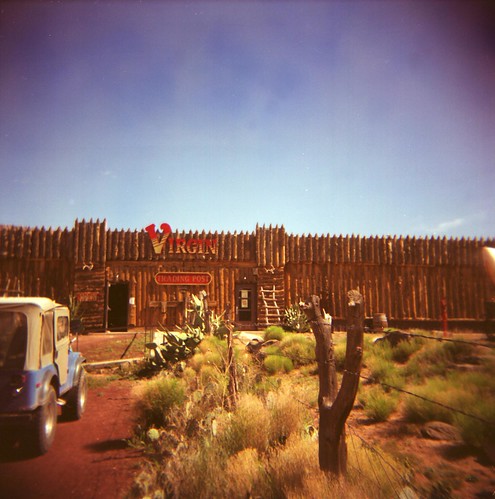 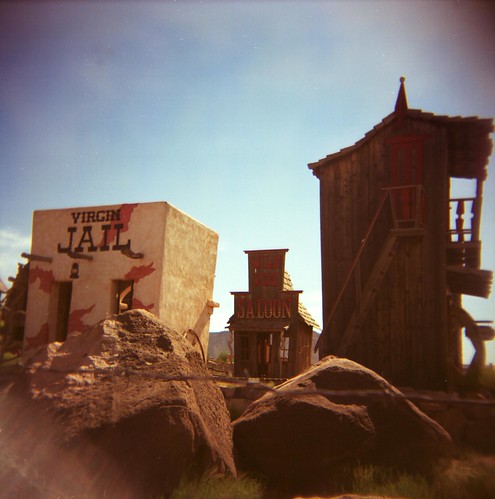