I’m planning on entering Pitchfork’s contest to be a photographer at their music festival in Chicago in July. I know, I know, y’all hate Pitchfork because it’s too pretentious and too many people know about it these days. But fuck it, I’m not a hater. And I’m pretty much salivating at the chance to photograph their festival with it’s amazing lineup. Plus, I wouldn’t mind a free trip to Chicago (with a guest, even!) and $500 cash to spend in the city, not to mention VIP passes to the festival.

Anyway, a photographer can submit up to 10 photos, and the ones I’m probably going to enter are here. Or, wtf, I guess I may as well post them on the blog. Any comments or suggestions you folks have would be much appreciated. Submissions are due June 15th, but I’m aiming to get them in at least a day ahead of time.

First up, we have several photos from the Hold Steady show at Canes last Friday. Why? Because everyone knows that Pitchfork loves the Hold Steady, and so do I. Plus, I think this is one of the best shows that I’ve shot yet, given that the band is so, umm, not boring during their set: 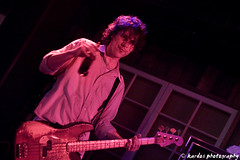 Galen drinking a beer while playing. I think that’s what the Hold Steady are quintessentially about. 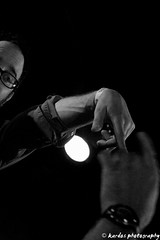 Craig Finn reaching out to an audience member. I really love this photo, even though it wouldn’t be useful in most publications. I’m hoping this one makes me stand out from the pack of “celebrity headshot” concert photographers. 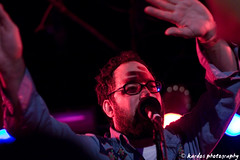 More Craig Finn. This man is photogenic, what can I say? 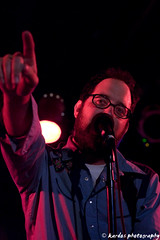 Last one of Craig. I just had absolutely perfect placement in the audience to take shots of him, thanks to Baby Heisman and the random older dude who noticed my camera about halfway through the show and then insisted I stand in front of him. Also thanks to Andrea and some random chick who were acting as my barricade from the mosh pit…

Here’s one of Dynamite Walls at their CD release party at the Belly Up: 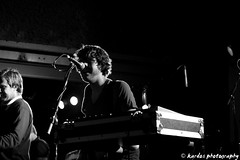 I really love the backlighting on this shot and the way it puts a border around Allen as he’s singing into the mic. Then again, I’ve always been a sucker for high contrast black and white shots. This one almost looks like it was actually shot on film. 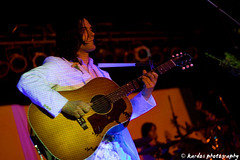 A friend of mine was really impressed with this photo and said it could be an official poster. I’m hoping that Pitchfork feels the same way.

Mute Math at House of Blues: 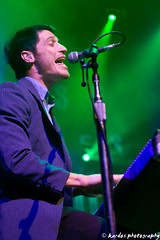 The lighting at this show was incredible, and I really like the colors it gave. 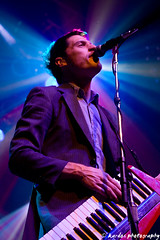 Again with the lighting. And well, the keytar.

The Frames at the Belly Up: 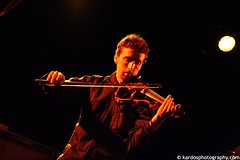 I really like how this one came out all monochromatic, with the violin player set against a mostly black background.

And finally, JJ Grey and Mofro at the Belly Up: 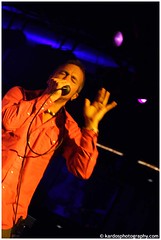 I like the colors and the emotion on display.

Like I said, any thoughts and/or suggestions would be very much welcomed. And for those curious to see what other people are submitting, that can be done here. Wish me luck!