Yeah. It’s Thursday and I’m just getting around to writing about what I did Saturday night. It’s been the sort of week where science takes priority over everything else.

Anyway. Saturday was a pretty lazy day for me. Didn’t get out of bed until about 11:30AM, which is pretty unheard of for me. Got breakfast at the Big Kitchen with Pete, and then headed over to Trang’s place for a BBQ/pool party. She had just gotten back from a month-long sojourn to Vietnam, Thailand, and Cambodia. Luck-y! Spent a few hours lounging and catching up on stories, then headed home to clean up, charge my camera, and head down to the Casbah.

I arrived at about 10, just a few minutes before Republic of Letters took the stage. I missed all of opener Illinois, who apparantly were on tour and also pretty good. You can read what Rosey thought of them here.

Republic of Letters put on a really solid set, despite feedback issues and some tuning issues when Chris (lead singer and guitar) bumped into Adrian (lead guitar). When Chris really gets into the music, he needs a slightly bigger stage than the Casbah can afford. I’ve seen these guys a number of times over the last two and a half years, and I can honestly say that they sound better every time I see them. They’ve really grown together as a group, especially with the addition of Adrian.

There were more people out than I had expected, which is a very good thing for the local music scene here. For awhile I was standing to the side of the stage next to typical “really drunk dude” who was totally into the music and dancing in a hysterical fashion. I was amused. Towards the end of their short set I ducked in front of some people, thanks to the customary four foot gap in between the crowd and the stage, and managed to get some photos from a better angle: 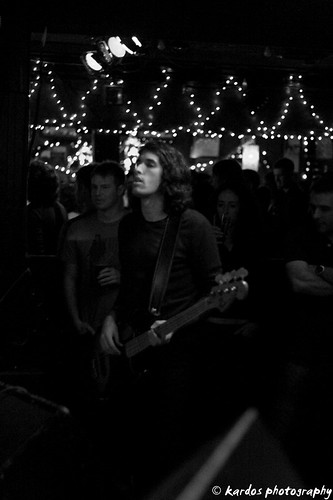 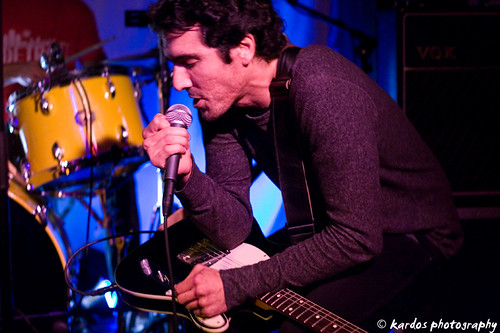 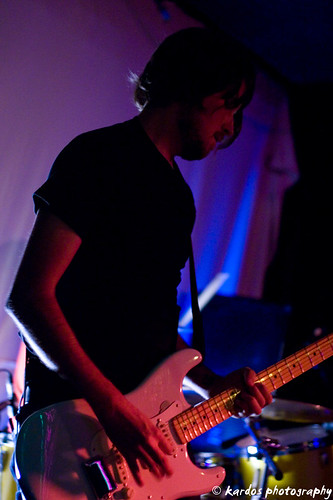 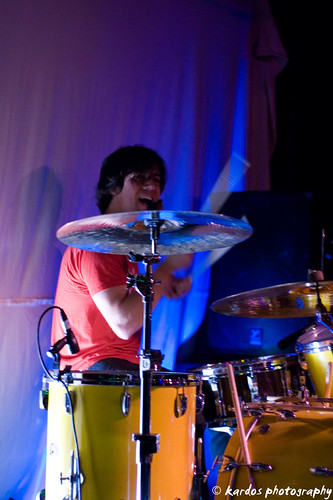 After they finished their set, they invited everyone to come say hi and pick up a copy of their EP back at the merch table. As I was waiting for Dynamite Walls to set up, Heather came and tapped me on the shoulder. Heather is one of my older sister’s best friends from growing up (I think they’ve known each other since 2nd grade), and she lived out here for about 3 years before I moved out. My sister hooked me up with her contact info when I moved, and she was the first non-science person I knew in this town. She was dating Nick (drummer of Republic of Letters) at the time, so I was introduced to him as well, and I can easily say that he was the first person I knew in the San Diego music scene. Anyway, Heather had been out of town for about a year and a half traveling the world, and has only been back in town for about a month, so it was nice to catch up.

Anyways, Dynamite Walls took the stage in front of a slightly lesser crowd, since people had moved off to the patio and backroom during set change. As they played, however, most people drifted back in to check them out. I’ve only seen them once before, at the Belly Up when they opened for the Frames, and I was more impressed with their set this time around. It’s not necessarily that they played any better, but I think the more intimate setting helped them out, as well as the fact that I was ever-so-slightly more familiar with their songs. I don’t know the names of any of them, but the song that they closed with was a really nice, slightly-alt country tune. I could have done without the gaggle of girls behind me who kept screaming, “I love you, Tom!” (Tom being the lead singer, of course), but whatcha gonna do? Dynamite Walls also had some images being projected onto a white sheet that was behind them during the set. As a music fan, I’m usually a little skeptical of any band that feels they need such props, but as a photographer, I loved it. The effect was better with the photos I took at the Belly Up, but I appreciated the sheet being up while the other bands were playing, because for once I didn’t end up with photos where anyone with anything darker than platinum blonde hair blends into the black Casbah wall. I swear, if I ever own a music venue, I’m going to paint the walls light blue or green. Contrast rocks. 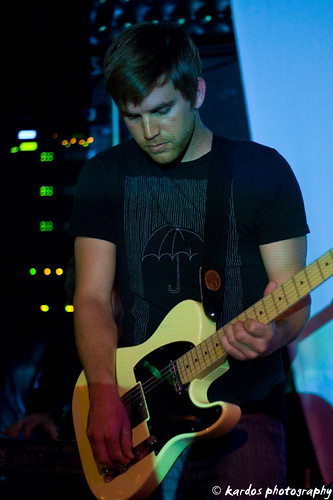 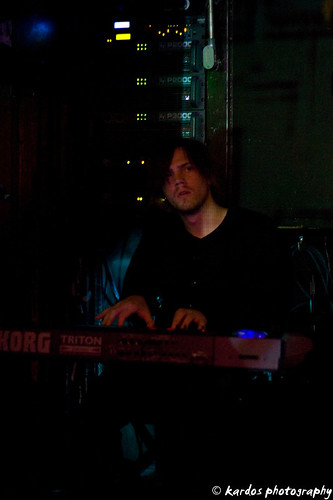 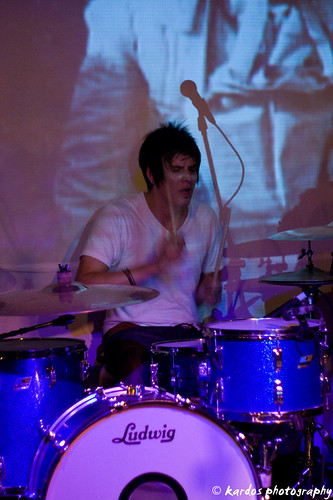 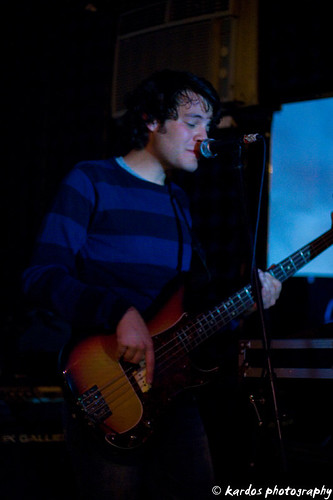 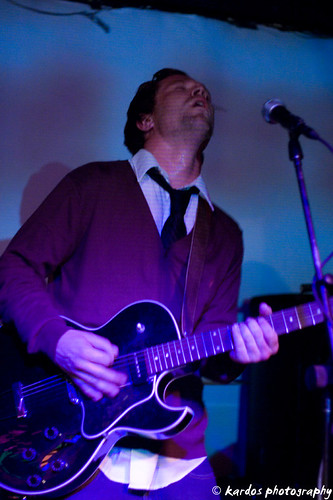 The rest of the photos are here.

After they played, I went and caught up with Nick for a bit, and then the boys from Dynamite Walls. Tom bought me a drink and we discussed the possibility of doing some promo shots and maybe even album shots. All the guys in that band are amazingly nice, and I will always credit their manager, Jason, for my first paying job as a photographer. As Heather said, I can now officially refer to myself as a photographer. Boo-yah. Anyway, I’m looking forward to shooting some photos at their own EP release party at the Belly Up on May 12th.

I didn’t stick around for Vinyl Radio’s set because I was meeting up with a friend at Hamilton’s, so I’ve got nothing to say about them, unfortunately.