Earlier last week, I was contacted by a publicity firm about covering MTV’s Scarred:Live broadcast from the Chula Vista Skate Park. An excuse to photograph skateboarders? Hells yeah. I was in. I even rented a lens from George’s Camera and Video Exchange for the occasion (Canon 10-22mm f4.5-5.0). Gotta have the wide-angle/fisheye lens for photographing skateboarders. I also took my 35-80mm f3.5-5.0 lens, in case I couldn’t get that close to the action. 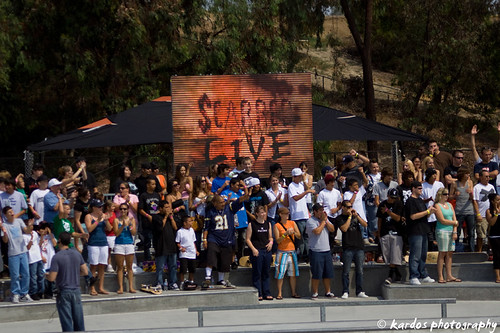 Turns out we had full access to the park, as long as we tried to stay out of the TV camera’s shot. Getting in was surprisingly easy – just handed over our ID’s, no forms to sign, no rights to give away. I expected MTV to at least want to review the photos before posting them, but apparently not – sweet. And speaking of photos, I got a ton. 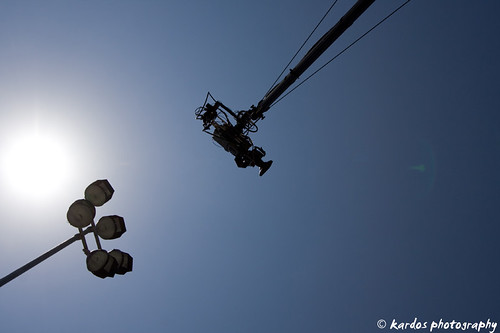 The premise of the event was to count down the 10 “sickest” clips from their show, and then have some of the folks in the clips recreate their tricks live, in the hopes that they would land them this time around, without accident or injury. And as far as that goes, it was semi-successful. No injuries whatsoever, but only two of the five stunts were successfully completed to MTV’s standards. Although I would have given two of the “failed” attempts a “successful” rating – in both instances, the skateboarders bailed out after landing to avoid hitting crowd/camera crew/various individuals. Oh well.

The first person to try to create their stunt was number 10 on the list of sickest clips: BMX biker Fat Tony, who landed a rail slide with his face. His scar isn’t that much to look at, but the clip showing him right after the landing is pretty disgusting. Spitting blood? Mmmmm. He was one of the few to actually successful recreate his stunt without messing it up. 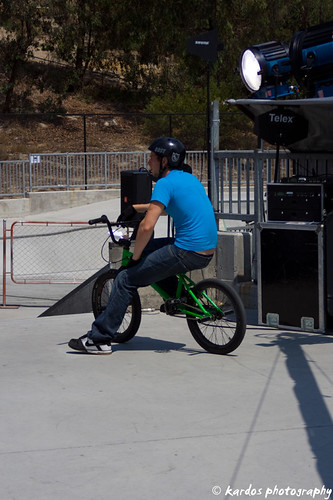 The trick recreations were all pretty anticlimactic, so I didn’t take that many photos of them. I did get some good ones of the cast/crew, though. 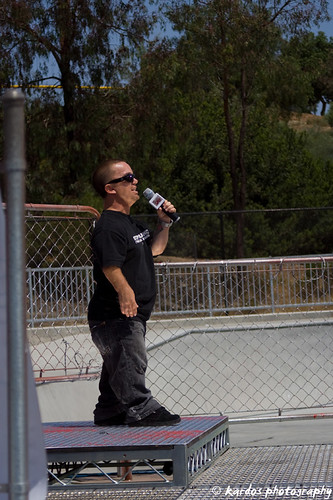 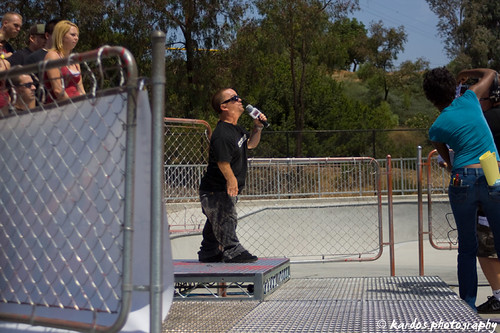 The second recreation of the day was Josh Ragle, who snapped his femur, which then cut his thigh muscle, while attempting to olly a chain linking two posts. This is one of the attempts that MTV said was unsuccessful, but that I think could have been called otherwise. For some reason, Josh didn’t want photos taken of him, so I don’t have any.

Wee-Man (whose real name is Jason) then interviewed Kara Corn, a representative of the female Scarred population. She broke her wrist while racing quads the day after her 21st birthday. 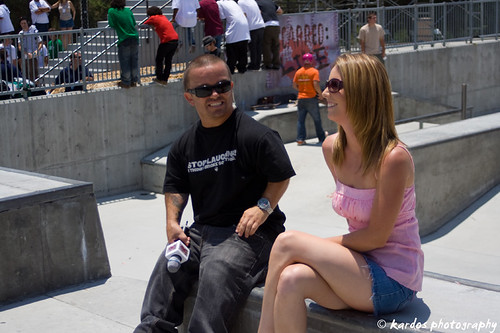 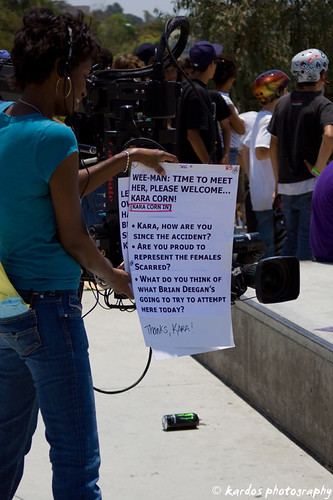 The next skateboarder was Kenny Hughes (a professional) who cut open his buttcrack while attempting a rail slide and ended up with stitches on both the inside and outside of his crack. Literally tore himself a new one. Yowch. He tried to successfully do a rail slide 3 or 4 times, but could never really stick the landing. 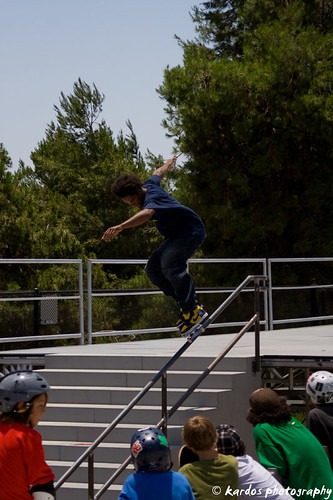 The third-to-last clip shown (the third “sickest”) was Mitch Janusz, who did about the only thing worse than tearing up your asscrack: he tore open his nutsack. Dude was seriously holding his testicle in his hand, after attempting a rail slide on a rail whose end had been cut and was left somewhat jagged. What’s worse, his ex-girlfriend was the one filming. Yeesh. Again, he couldn’t quite stick the landing for his rail slide recreation, but points for trying. If I ripped open my nutsack (assuming I had a nutsack), I don’t think I’d ever touch a skateboard again. Oh, and if you watch the MTV clip, you can see Rosey and I in the part where Mitch backs up to get more room to pick up speed for the slide. 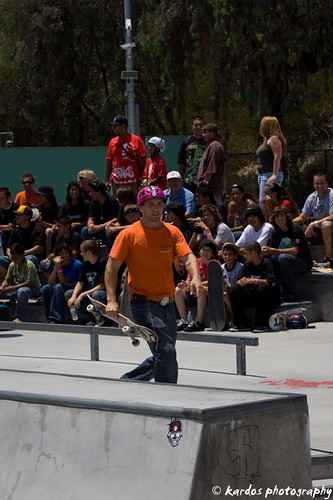 That’s it for this part of the review. Up next: Brian Deegan does a motocross backflip over a shark tank.