The final stunt of the day for MTV’s Scarred:Live was Brian Deegan jumping over a shark tank on his motocross bike. And not just jumping over, but doing a backflip while jumping it. The first time he attempted this stunt was for Viva La Bam – he was supposed to jump over Gwar, with Bam skateboarding below him. He ended up under-rotating the backflip (apparently it was windy that day), so when he landed, he crashed his bike and the handlebars hit him in the stomach, “shattering” one of his kidneys and lacerating his spleen. He probably would have died, but for a piece of his kidney lodging in an artery to slow some of his internal bleeding. As it is, he’s short a kidney and now has what looks like a zipper up the middle of his stomach.

If the show Scarred proves anything, it’s the miracle of modern medicine. Looking at some of these people’s initial injuries, it’s hard to believe they’re even alive and walking, let alone trying to recreate the stunts that fucked them up in the first place.

But anyway, back to the backflip over the shark tank. I’ll just set the scene a bit: 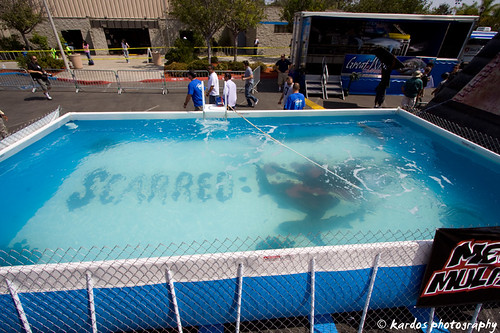 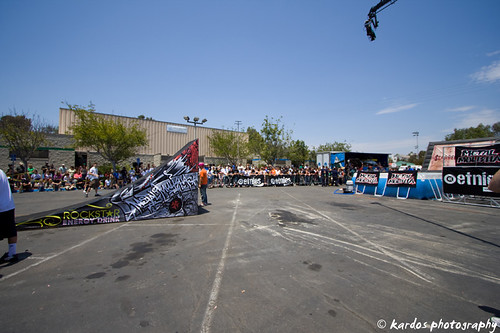 Brian being interviewed before the jump: 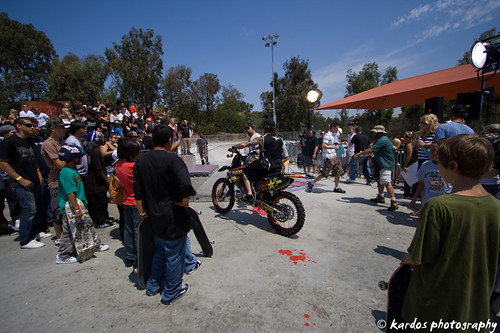 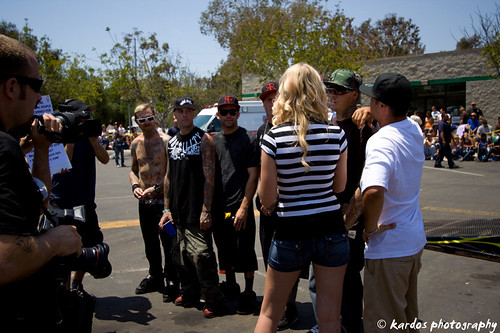 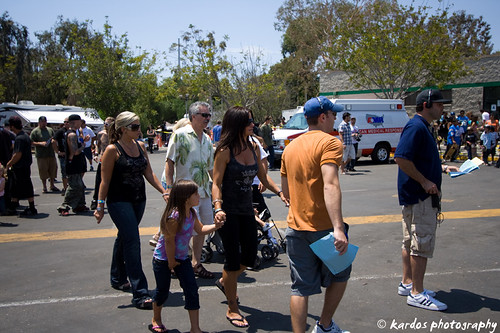 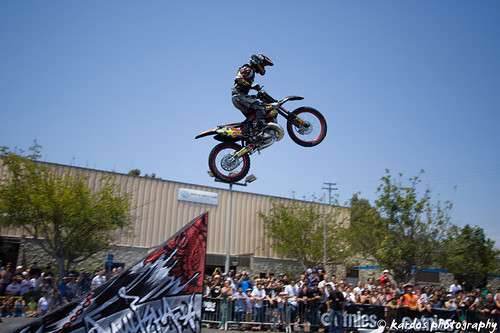 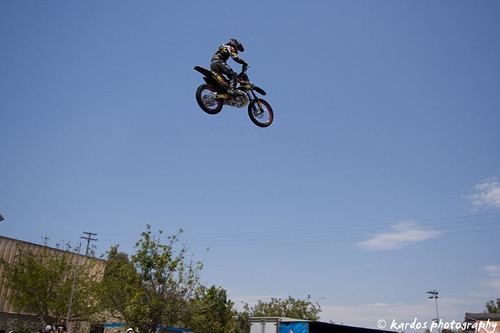 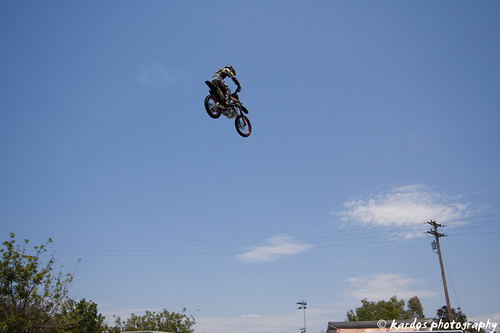 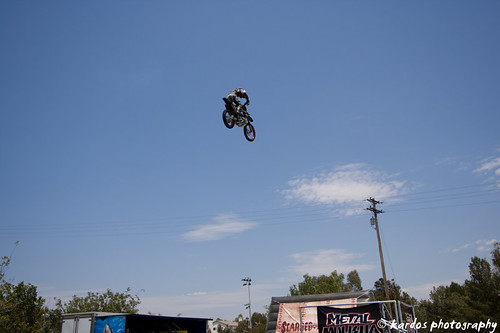 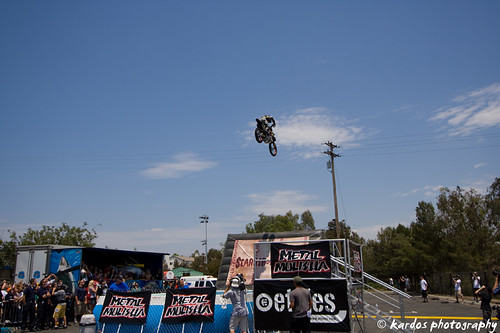 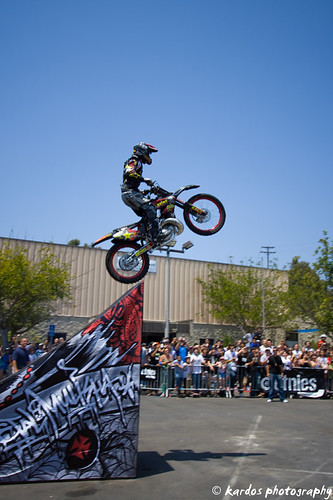 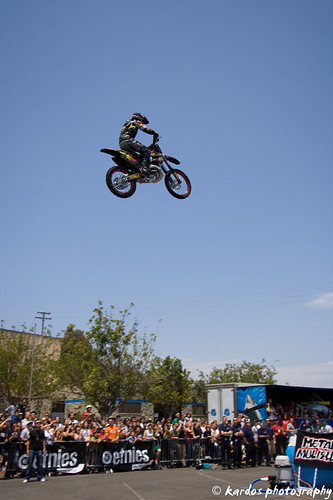 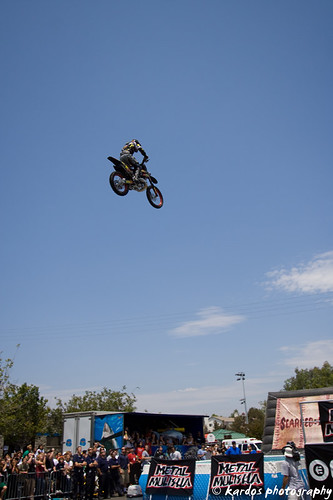 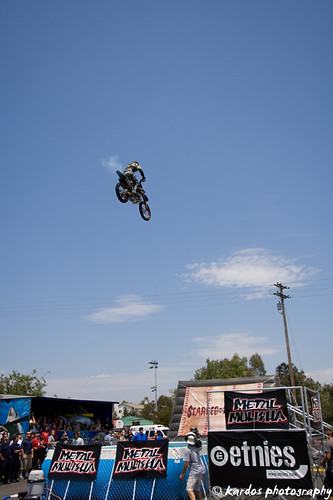 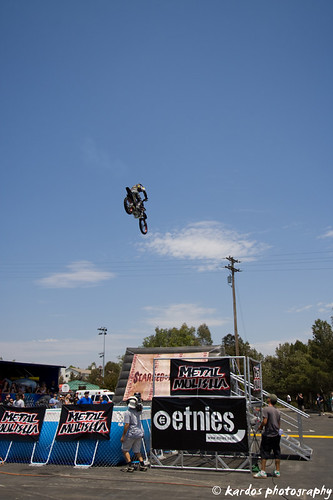 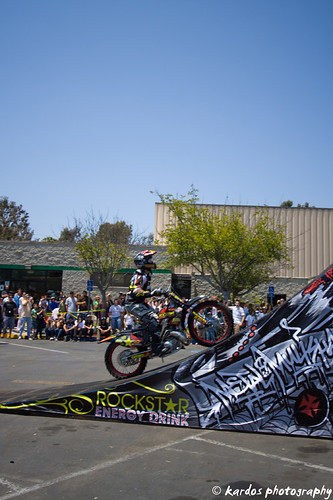 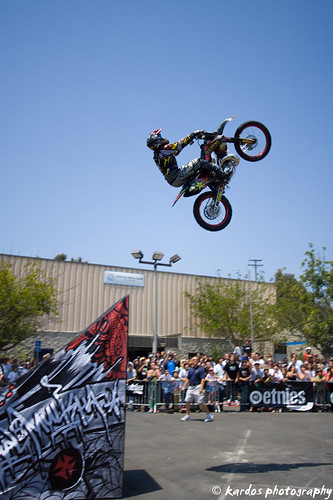 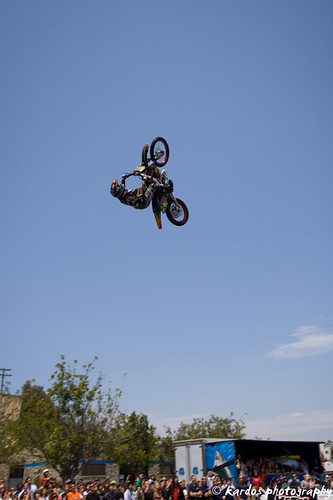 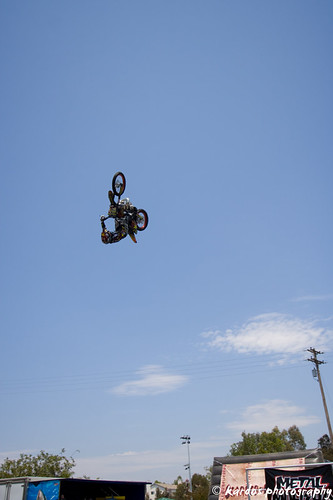 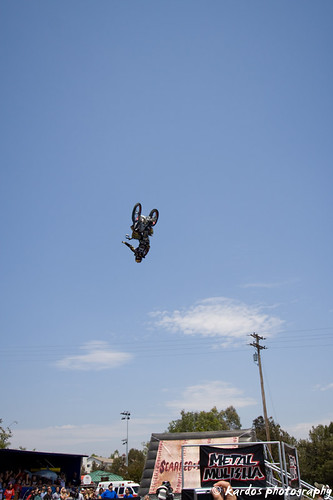 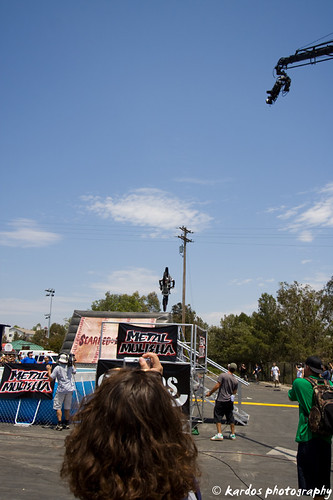 He landed all three attempts, but if you watch the video of it, he’s pretty far to the edge of the ramp when he lands after the backflip. Things almost got interesting there, but I’m glad he pulled it off and didn’t lose the other kidney.