The first day of Street Scene was HOT. I took off from work early and chilled at home for a bit before catching the trolley downtown. I later realized that in driving distance, the festival is closer to me than the nearest trolley stop. Hooray for San Diego public transportation.

Anyway, after randomly running into two grad student friends on the trolley, I made it downtown and into the venue in time to catch all of The Muslims’ set. It was on fire as usual, and every time I see them they look more and more confident on stage. 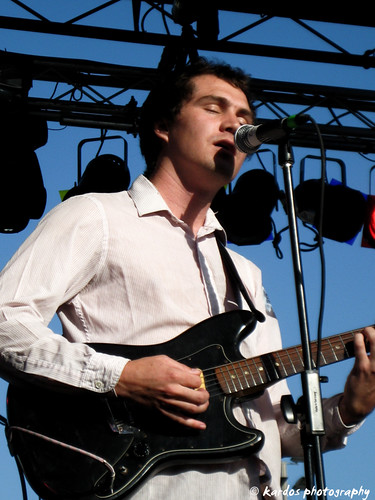 Since it was early, it was easy to get to the front of the stage to take photos with my point and shoot camera, but I was having serious envy of the folks in the photo pit. I was hoping to just be able to enjoy the festival this time around (as Coachella and Street Scene were more about running around, trying to shoot as many bands as possible), but I missed the adrenaline rush of being in the pit for the first three songs. 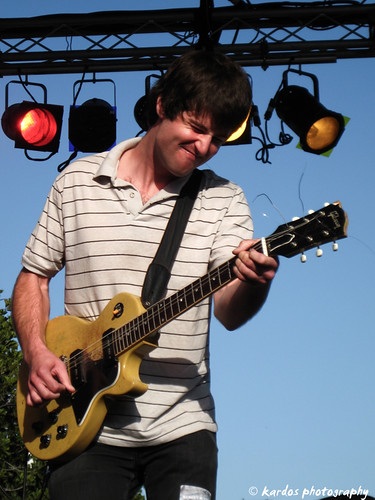 Reports were coming in that the Zarabanda stage was absolutely packed to the gills for MGMT, and since I’ve seen them two or three times already, I decided to head over to Hot Chip’s set. I missed them at Coachella because they were playing in a smaller tent and it was too packed to even get into the photo pit. I ran into Daye and some of his friends, and we hung out and danced a bit and really enjoyed their set. There was no way I was getting close enough to take photos from the crowd, so I didn’t even really try.

Afterwards, we wandered back to the Casbah stage to catch a little bit of the Foals. Ran into Rosey, who informed me how to get a photo pass, so I spent most of their set taking care of that, as well as getting food. But what I did hear I liked, just as I had when I saw them a few months back at Brick by Brick.

Next up was the New Pornographers. Minus Dan Bejar and Neko Case. I shot the first three songs, and was really struggling with the Canon SD1000. I was trying to keep the ISO to 400 or 800, but the light was dying fast, and it was pretty much impossible to shoot anyone but AC Newman. Not to mention that the lag in the shutter opening was a pain in the ass that I’m not accustomed to. 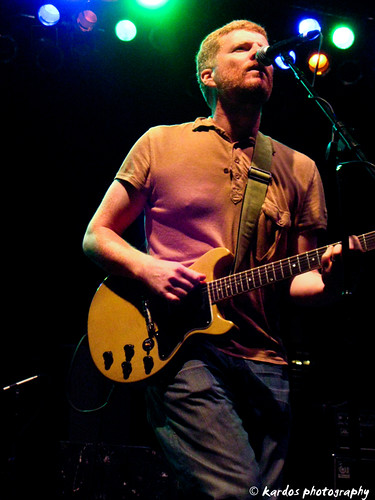 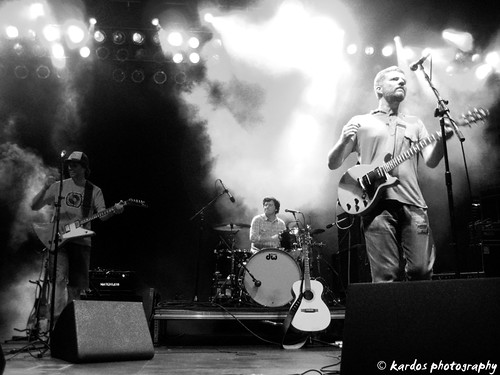 For some reason, I wasn’t really feeling the New Pornographers that night. So I headed over to wait for TV on the Radio’s set. While doing so, Chickrawker Lyn texted me and told me to come get her camera. And thank god I did, because it was way better than the SD1000. I don’t think I could have managed any decent photos of TVOTR or Spoon with my camera. 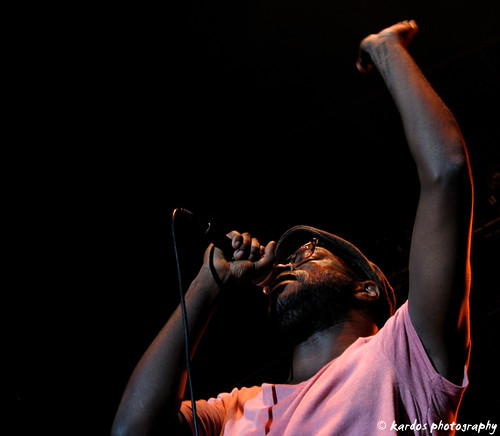 I would have to say that TVOTR’s set was the best out of all the acts on Friday night. They absolutely nail their live show. And that’s coming from someone who really hasn’t been able to get into their recorded music. But yeah, when they played “Wolf like Me,” everyone in the crowd went wild, including me. Much dancier than I would have imagined their set to be. 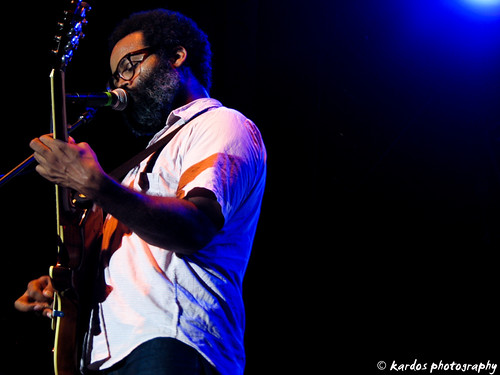 It was a quick jaunt over to the main stage afterwards to catch Spoon. Always a mainstay at San Diego festivals (or so it seems), Britt Daniel and crew never fail to put on a great show. Maybe it helps that I was getting a 20 minute massage at the time – walking on pavement all day is never fun – but regardless, the songs are always tight and now they have the added bonus of a horn section. 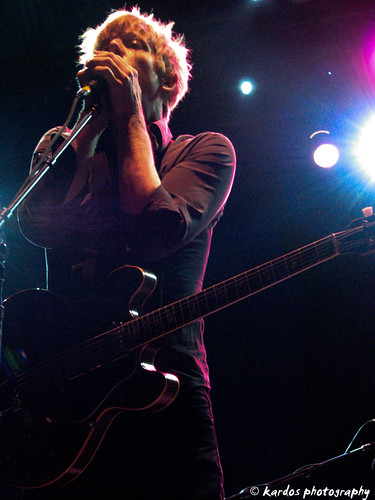 It’s easy to see why they always draw a large crowd whenever they play San Diego. Although I’m still waiting on Britt to make good on his promise from last year’s Street Scene – he claimed he was going to come back one day and play the Casbah. 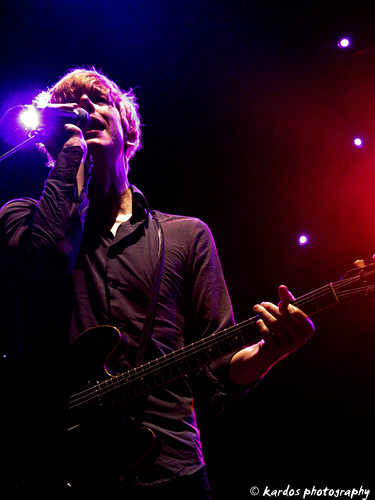 It was weird to follow up Spoon with Justice. The former is right up my alley of musical taste. The latter? Not so much. This was my third time seeing them (and the first time that I wasn’t charged with getting decent shots of them). Many people claimed their set as the highlight of the festival. But I dunno, to me, I don’t really see the benefit of hearing this type of music live. Maybe some E would have helped. But to me, it was just too much of a ravey weird Matrix scene, so I bailed. 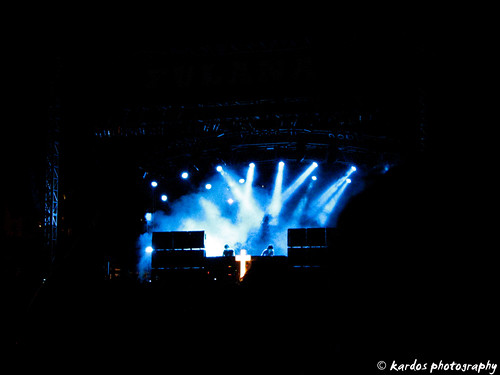 Caught a song or two of Vampire Weekend before being reminded that I find them pretty boring. And so, apparently, is Beck. Or maybe I was just tired and grumpy. Either way, we left about halfway through Beck’s set (oh hey Beck, can I have the copyright on my Outside Lands photo back? Thanks.) and I went home and passed the fuck out.