I think the second day of Street Scene was actually better than the first day. Surprising, because the lineup looked to be more robust for the previous day.

When we got there around 4:30PM (drove down this time, and parked 5 blocks away), the grounds were pretty much dead, so we made use of the beer garden while waiting for Spiritualized to start. 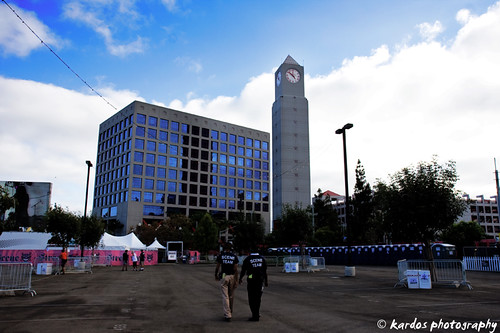 And Oh. My. God. Spiritualized was the set of the festival for me. I was looking forward to seeing them, as I only caught 3 songs during Coachella and those songs were fraught with sound issues. No sound issues this day. Everything was perfect. 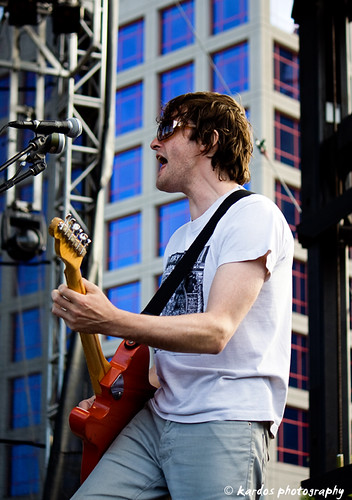 Loud, but perfect. The wall of sound came rolling out of the speakers, and on their second song (“Shine a Light”) I almost started crying. In the damn photo pit. While shooting. 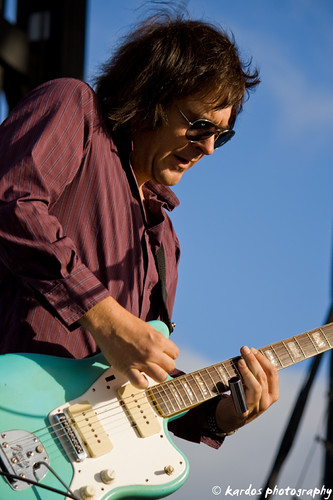 I don’t usually get into bands that sing so openly about religion, but with Spiritualized, I feel less, I don’t know, confronted by it. Either that, or the music is so gorgeous that maybe it makes me feel what religion is supposed to make me feel. 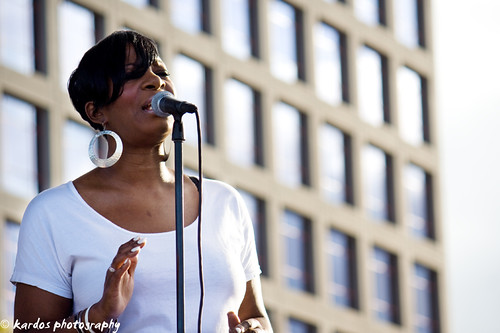 Whatever it is, their set shook me to the core. And I wasn’t the only one. During “Soul on Fire” there were groups of people with arms slung around each other, swaying back and forth. Can’t say I blame them. 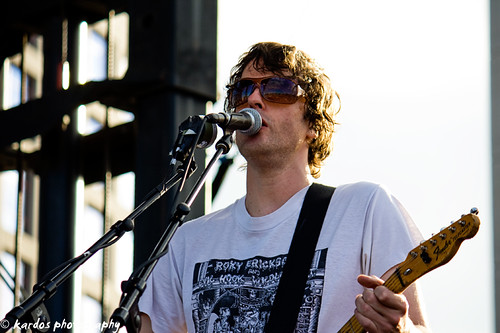 I watched their whole set and then headed over to wait for the Cold War Kids. I really liked their first album, but for some reason, the new material isn’t grabbing me as much. 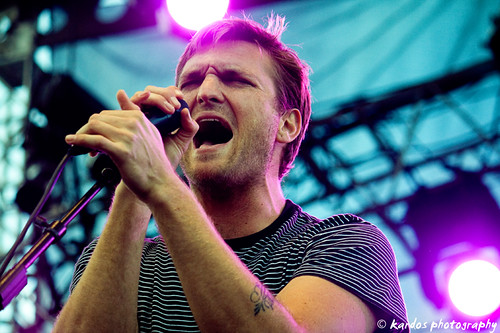 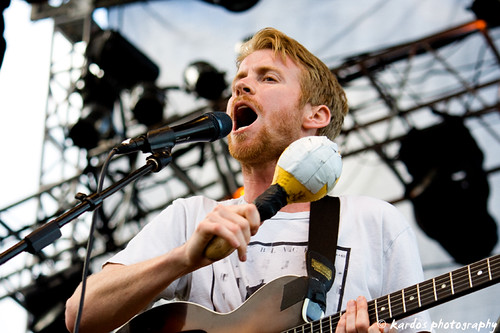 And wow. Worst monitor placement ever. All along the stage, with barely a break to shoot in between. Fortunately, the band moves around a lot, so I was able to get some decent shots off. 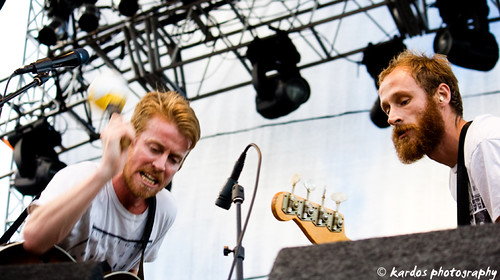 Then it was time for Tokyo Police Club. They’re always incredibly energetic, but I think their sound does better in a more intimate setting. 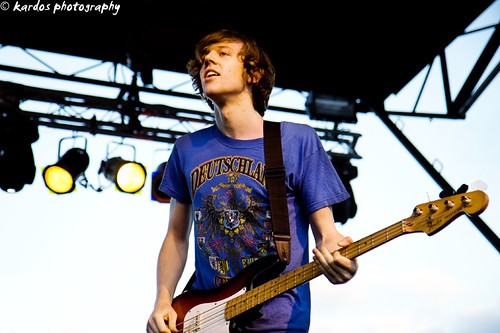 I was more impressed with them when I saw them at the Beauty Bar awhile ago, but they were still a lot of fun. And the crowd that was packed in to see them seemed to be enjoying it. 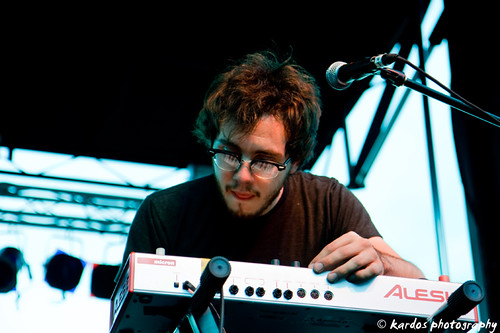 Up next was Ghostland Observatory. Rosey had talked up the band a lot, and I knew they had a great light show, so I rented a 17-55mm f2.8 IS lens mostly for their set. 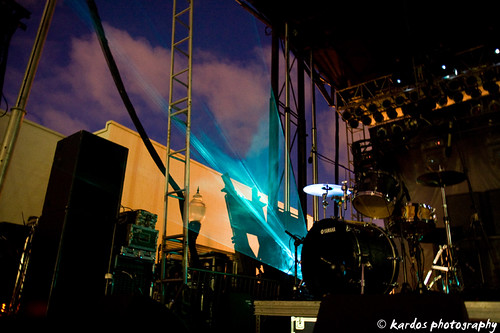 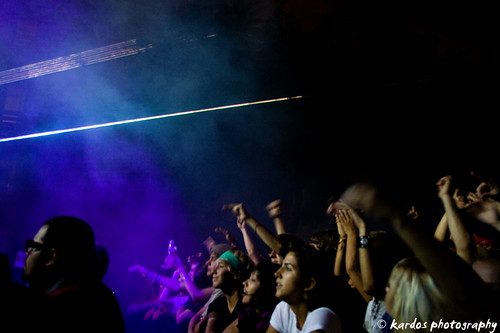 And I was glad. The IS really came in handy, since it was hard to resist dancing around to their set. And because lasers are awesome, and to truly capture their awesomeness, you need a longer exposure. 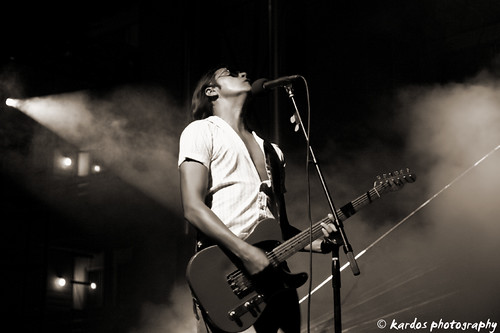 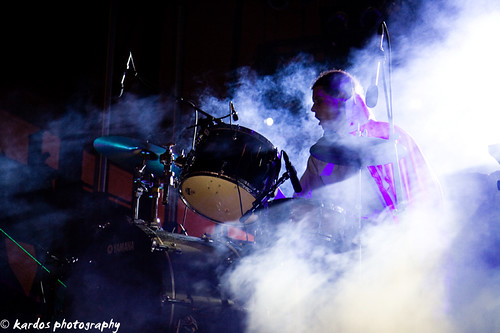 And oh yeah, fog makes it ridiculously hard to autofocus. So I ended up just switching to full manual controls (focus as well) and taking A LOT of photos. 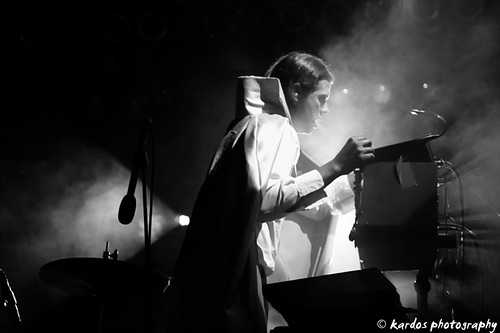 After three songs, we got kicked out of the pit into a ridiculously dense crowd. I lost track of P and ended up just following Rosey to the back of the crowd, because I don’t do so well with random people touching me. I grabbed some food from the ill-placed hotdog stand on the corner and listened to the rest of their set. It was really good, but yeah, I’m just not so much into the ravey shit.

We sat and listened to X for a little while after this, just chilling and having a good time. Then I wandered over to the Fulana stage to wait for the National’s set.

They were amazing as always. There was some unfortuante noise bleed-over from Does It Offend You, Yeah, but they powered through it, playing mostly songs off of Boxer and Alligator. I really wish they’d put “Geese of Beverly Road” back into their setlist, but unfortunately, it wasn’t meant to be that night. 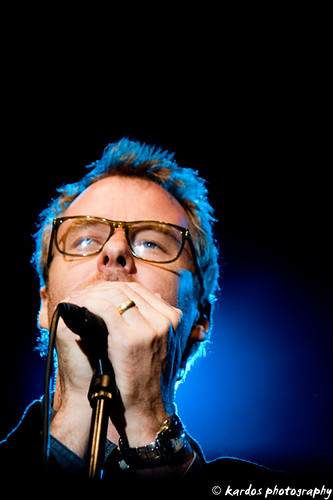 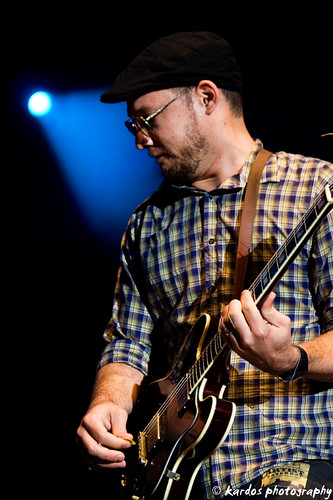 After sounding great on “Secret Meeting,” “Fake Empire,” “Abel,” oh who am I kidding, on ALL the songs they played, Matt managed to do something to his voice. He powered through “Apartment Story,” which is fast becoming my new favorite live song – I love belting out the lyrics “So worry not/All things are well/We have our looks/and perfume on,” although I always wish the chorus went on a little longer. 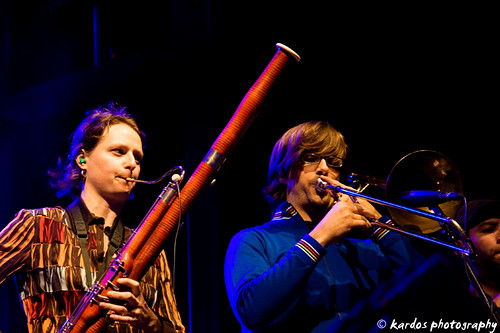 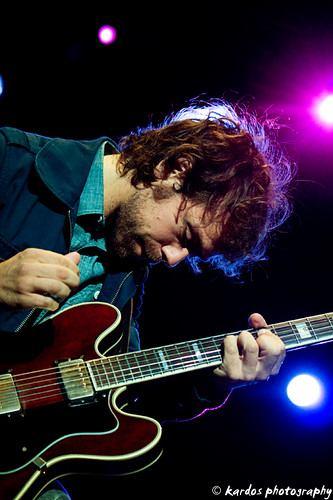 Before launching into “Mr. November” Matt told us that it would be their last song of the evening, ending their set 10-15 minutes early. Bummer. But when I heard his voice crack on the line “I wish I believed in fate/I wish I didn’t sleep so late,” it couldn’t be denied that his voice needed a rest. It did add an extra poignancy to the lyrics though. 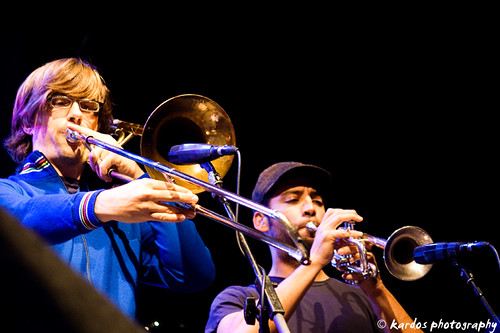 And at that point, we were out to meet up with D and some other folks for his birthday. And for the record, THIS is how you roll to Street Scene: 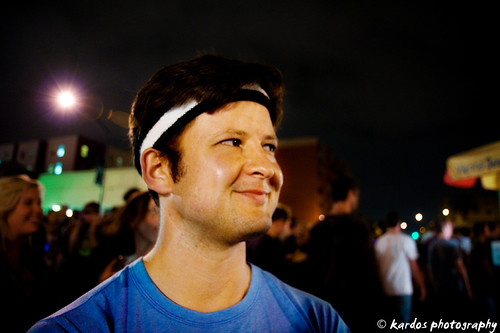 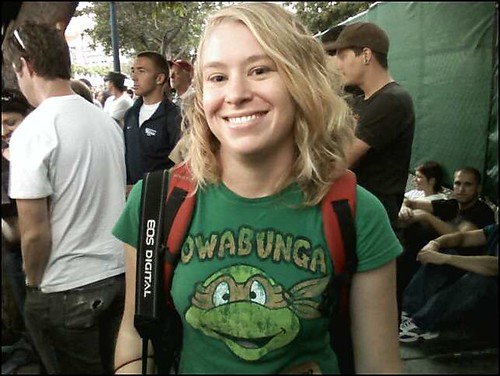 (P took this photo with my cell phone. I love that shirt.)

Oh, and when we were leaving, we saw this weird-ass Cinderella lit-up carriage. Downtown is STRANGE. 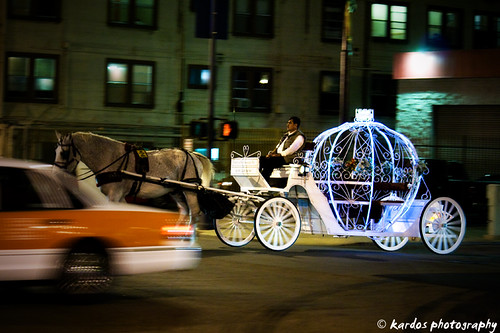