My parents had been at Pike Street Market the day before, but my mom was really keen on me seeing it so we went back to grab some food for lunch. I was super hungry, so first we ended up at Pike Pub, where I ordered a double stout and my mom was all, “That’s really dark and bitter!” I was all, “I know, I love porters and stouts.” Favorite beer ever: Coopers Extra Stout. Mmmm, Australia.

Anyway, after that we headed into the market. And let me just say that while most of my neuroses are fairly mild, I have a pretty strong case of agoraphobia. I mean, I have a Costco card, but can usually only bring myself to get gas there. When shopping for camping trips, I pretty much have to bring someone else along to talk me down and make sure I don’t leave after only getting one or two items. 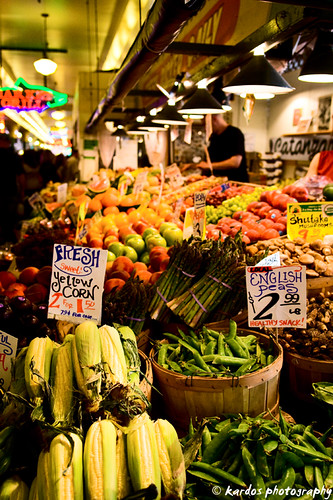 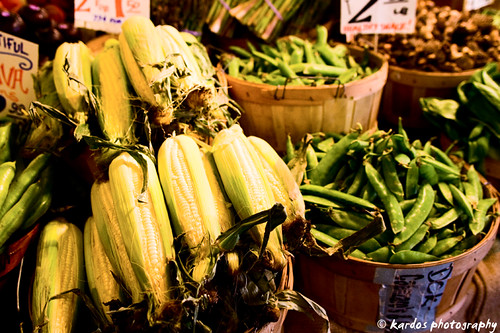 I can deal with crowds at concerts, I think because people aren’t usually moving too much, but random people constantly brushing past me? And randomly stopping right in front of me? And lazily meandering every which way? Makes me a bit tweaky. We walked through a block or two of it because my mom wanted an apron or something, and by the end of that, I was craving a cigarette. And I don’t smoke. I never HAVE smoked. I don’t know how to explain that one. 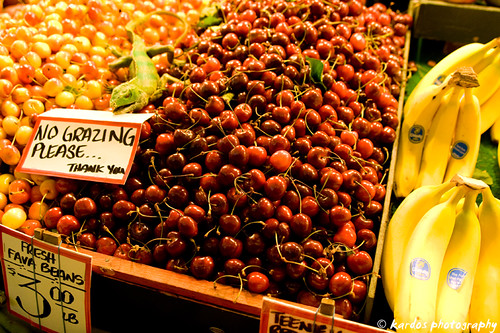 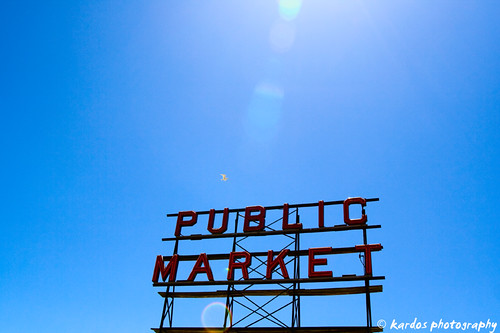 So, we lit out of there after that and headed back to the hotel. There was a microbrewery tasting thing going on at the convention center in the late afternoon, so we headed over to that, and then back to the hotel. I finished my steak from Morton’s for dinner while my parents took a nap. 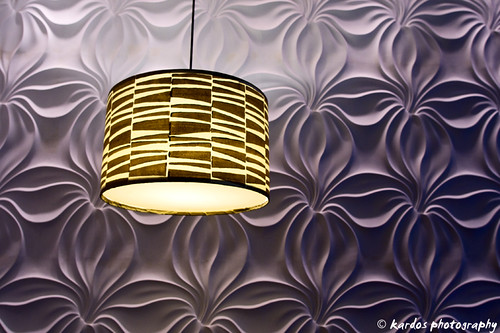 This is my second-favorite photo from yesterday.

I met up with Frank, who I’ve known since middle school and who is now an optometry student in Portland. He managed to secure me a wristband for entry into Trinity, a club down in Pioneer Square. So we headed there and had a couple of drinks and caught up a bit. At first we thought we hadn’t seen each other in about 8 years, but then when I was telling him how excited I got when I saw the Jimmy John’s in Seattle, we both remembered that I had met up with him in Pittsburgh once. I was in town for St. Patty’s Day, and before I left, I met up with him for lunch. At Jimmy John’s. Damn, that place has a bigger hold on my life than I thought.

The nightclub was okay. Not the type of place I’d normally go out to (give me a dive bar any day), but they had a bunch of rooms that were all decorated differently. My first thought (of course), was that it would be a rad place to take portraits. Oh well.

The shuttle bus back to the convention center left at 10:30PM, so we hopped on that since it was getting a bit sweaty and gross in the club. We tried to find a bar near our respective hotels, but failed. So I ended up back at my hotel, where my parents were STILL asleep.