I was on the fence about going to this show.  I tried to give Art Brut’s latest album, Art Brut vs Satan, a listen, but could only get through a few songs.  Having previously seen them live though, I knew I would regret it if I missed the show.  So I went, and once again, Eddie Argos and crew blew me away. 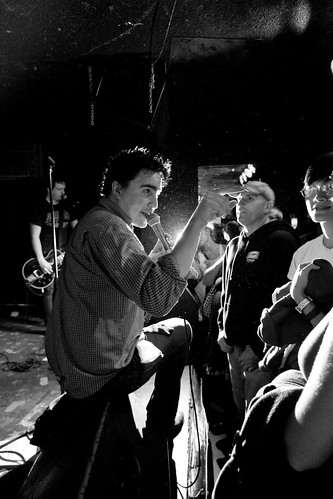 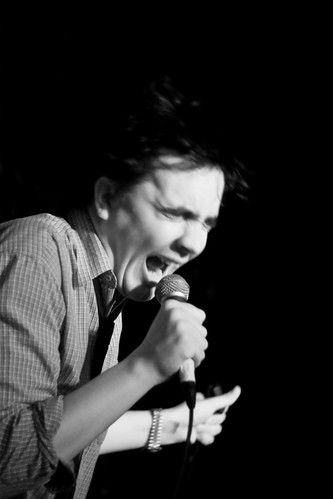 After contemplating the perplexing dichotomy between the effect of their recorded material and their live show on me, I came to a conclusion.  Nothing recorded could ever come close to the energy and shambling charisma that is on display during a live set.  Eddie Argos reminds me in a way of a younger Mr. Rogers, who, instead of coming home to feed his fish and visit the Land of Make Believe, picks up a microphone and visits the Land of Rock and Roll.  His voice holds sway over an audience in a similar fashion, while he maintains a completely unassuming persona. And come on, he wrote a song called “The Passenger” about riding around a city on public transit after finding out that that’s NOT what the Iggy Pop song of the same name is about (note: Iggy Pop’s version is about doing drugs in the back of a limo, which made Eddie sad when he found out). 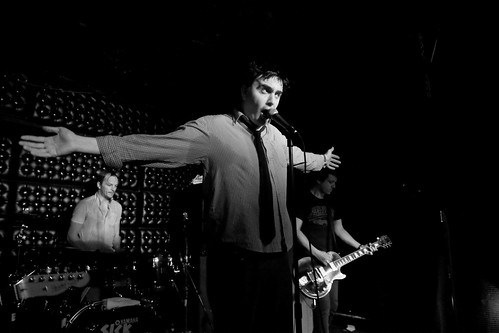 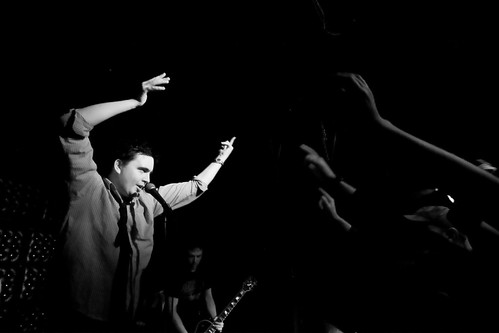 As for the rest of the band members – all I have to say is, to come across that sloppy, you have to be incredibly tight.  You get the feeling that most of the nuances of Eddie’s performance – the monologues, the wanderings out into the crowd, the long drawn-out pauses – MUST be pre-programmed, or he must be one hell of a subtle band leader.  Either way, they don’t miss a beat.  And they have so much fun up there!  It’s always refreshing to see a band enjoying a set as much as the audience. 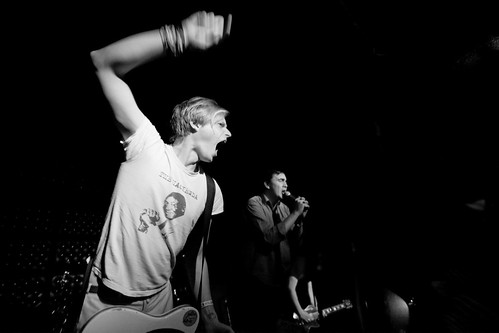 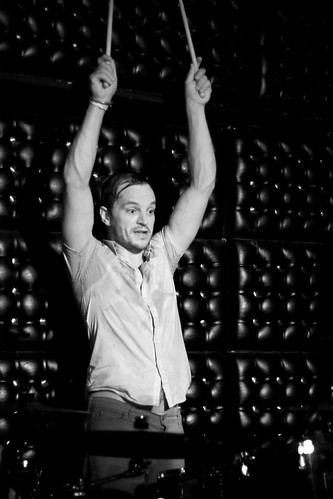 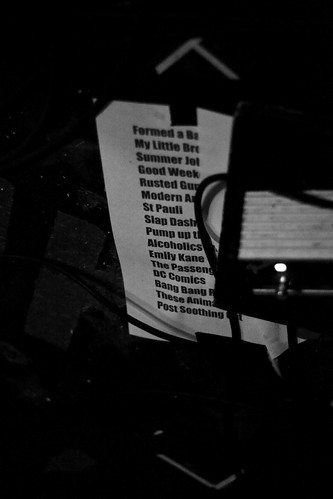