After taking photos of Crystal Castles, the next act I caught was Leonard Cohen. I didn’t get to take any photos because of a mixup in the pit (guests sitting in the photo pit during the first 3 songs, photographers told they’d be escorted into the pit in three groups with one song to shoot each, which turned out to just be the first song and first group ONLY – bummer). But his set was nothing sort of glorious. I was wandering away towards the tent Beirut was playing in when I heard the first few strains of “Hallelujah,” and I actually turned around and started walking back towards the Outdoor Theater, singing along with thousands of others. Fucking transcendent. And I don’t use that word lightly. 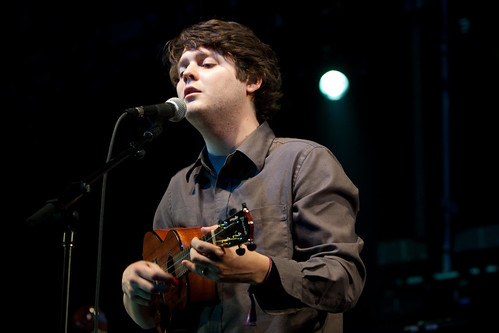 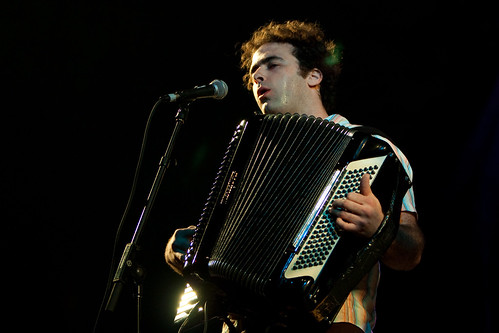 Anyway, all that just to say that I got to the photo pit for Beirut on their third song, and therefore was only able to take a few shots. 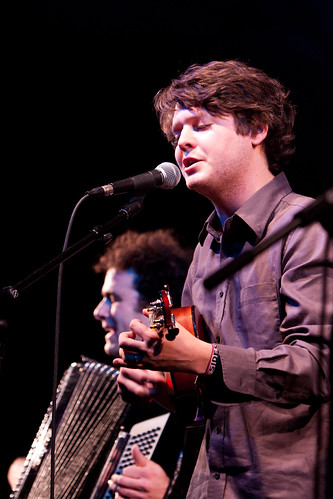 I didn’t get to listen to much else, unfortunately, as my bladder was yelling at me and I wanted to see/hear a few of Morrissey’s songs on my walk to the VIP bathrooms. And this is why I don’t go to festivals to hear music anymore. I’m too ADD for that – there’s always something else interesting going on, especially when you’re trying to take photos of it all. That’s not to say it isn’t fun, quite the contrary, it’s just…a different sort of fun.