The last in the series of the shows that Sezio put on at the Luce Loft was, in my own humble opinion, the best night.

The Paddleboat started things out a cappella, and the acoustics in the loft space were perfect for their amazing harmonies. From there, they added slight touches of guitar, bass, clarinet, and occasional soft drumming on a few songs. Absolutely gorgeous. 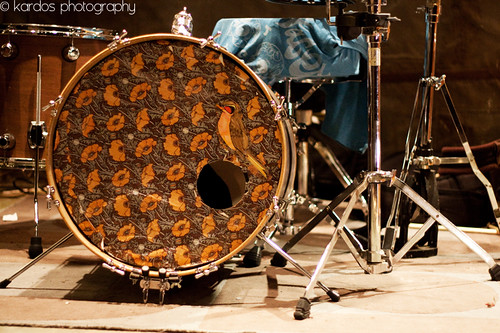 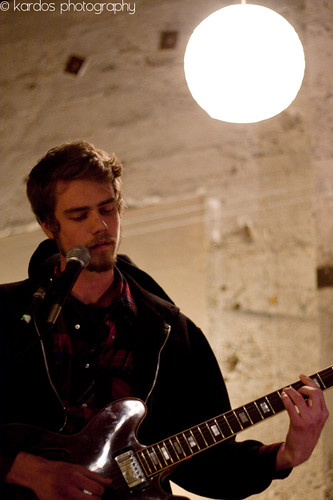 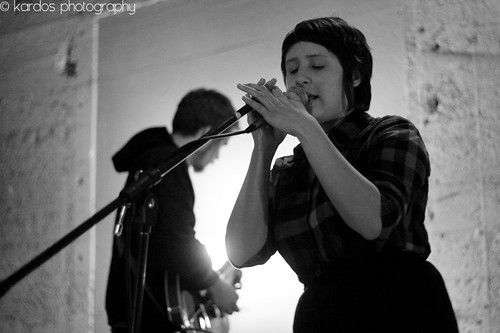 The lighting was really dim that night, which was perfect for the vibe of the show, so I didn’t take too many photos. And besides, once Joel P. West started playing, all I wanted to do was snuggle into the giant beanbag chair and listen. So I did. 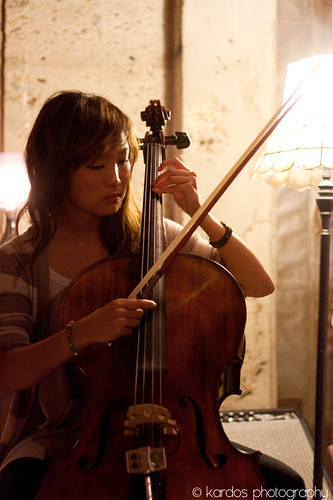 If you haven’t heard him before (and I somehow hadn’t), he played acoustic guitar accompanied by a bass, cello, and violin, with occasional piano and trumpet. He also broke out his french horn at one point, which caused Rosey to remark, “Okay, now he’s just showing off.” 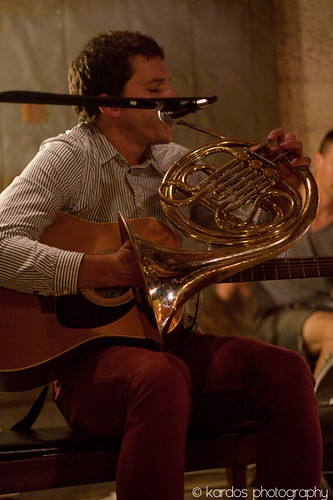 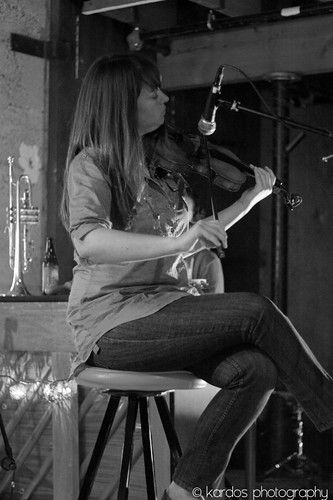 The music was perfectly beautiful, with Joel’s great voice ringing out in the quiet room. It was so powerful that afterwards, I felt like I could barely move – I just wanted to continue lying there, processing what had just happened. Unfortunately, due to an early flight to Chicago the next morning, I was forced to round up the boys, grab a CD, and head home.