With the exception of maybe The Hold Steady, I’ve never seen a band happier to play their music for an audience than Matt and Kim. Seriously, their grins could not have gotten any bigger, and they were gushing about getting to see Jay-Z’s headlining set Friday night. And then they released a bunch of balloons into the crowd and launched into a joyous set of their amazing sunshiney pop music. I want to go back to there 🙂 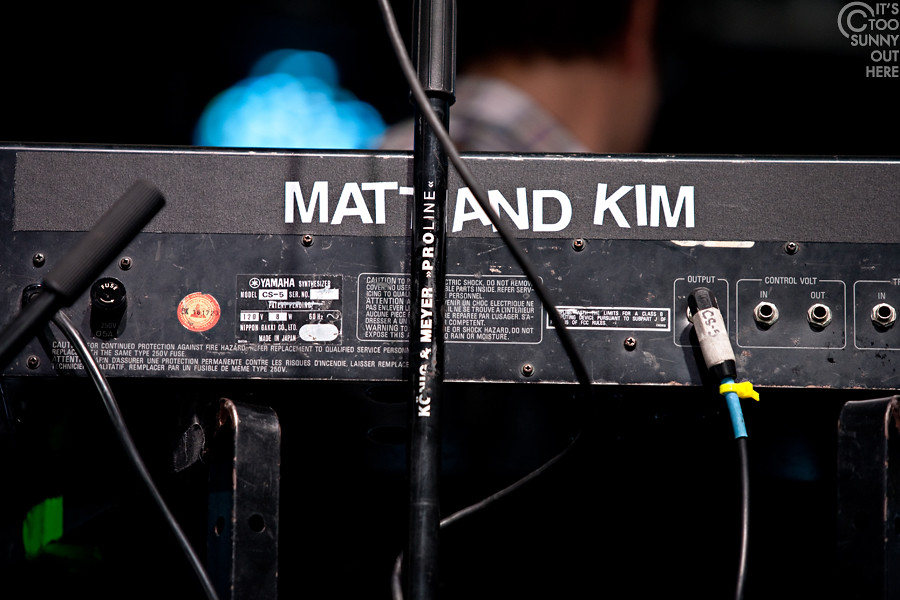 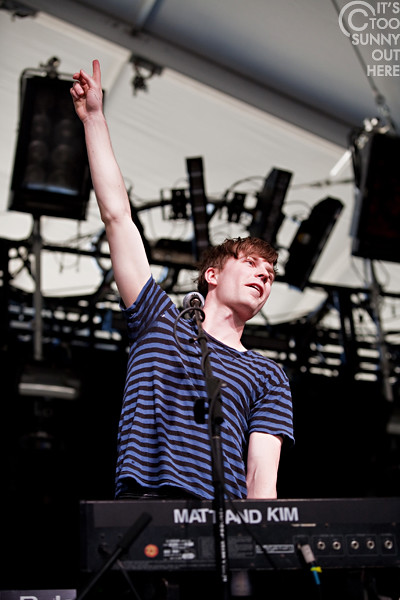 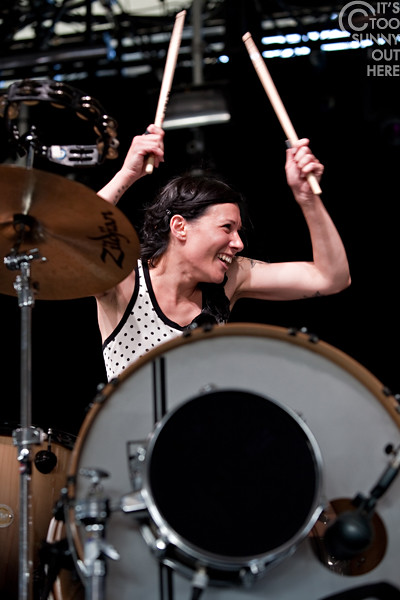 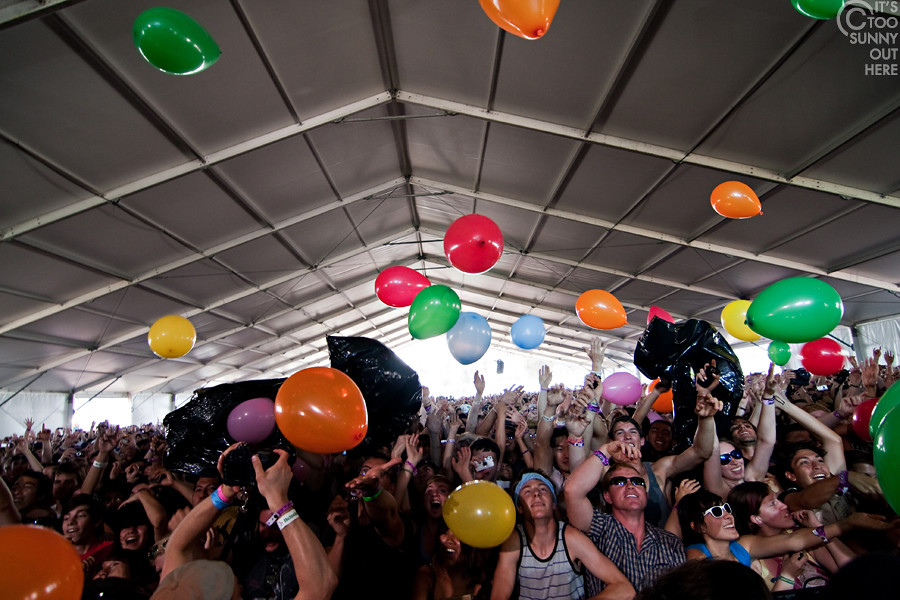 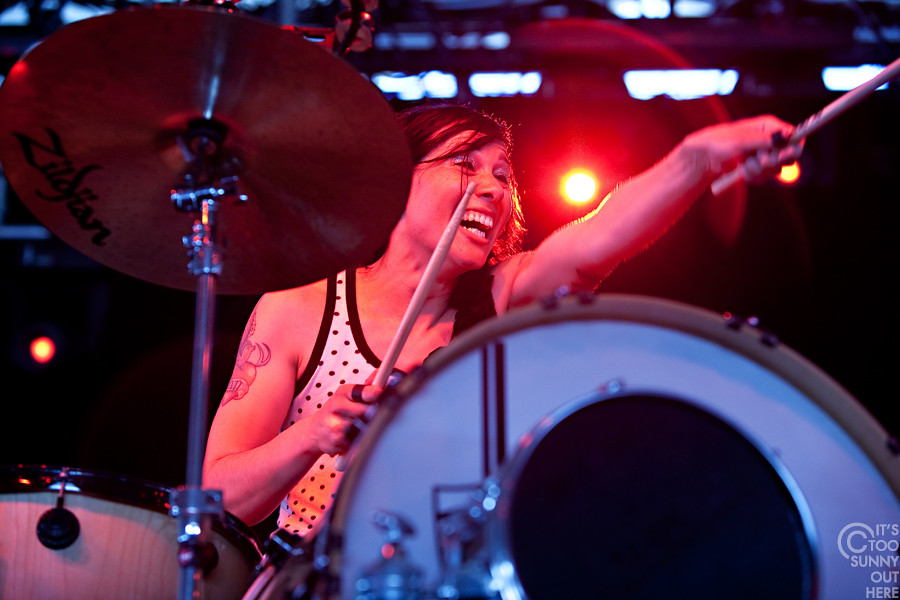 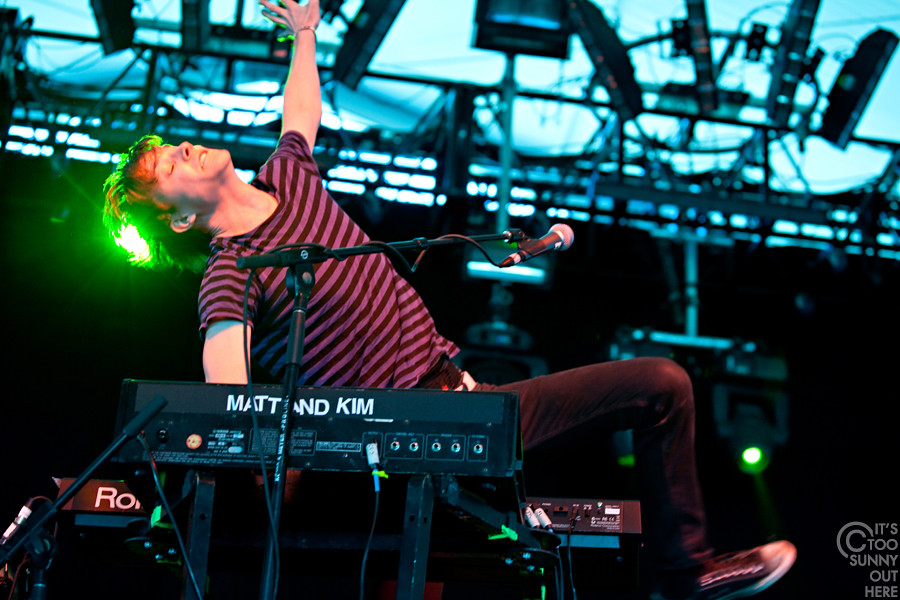