And here’s where I come clean – my whole trip to Chicago was sort of planned around this show. Okay, so Kelly and I had talked vaguely about a trip to Chicago at some point, but when I saw the listing for this show, and noticed it wasn’t coming anywhere near the west coast, I went for it. It helped that the Eccentric Soul Revue was a few days later, but mostly, it was this show. 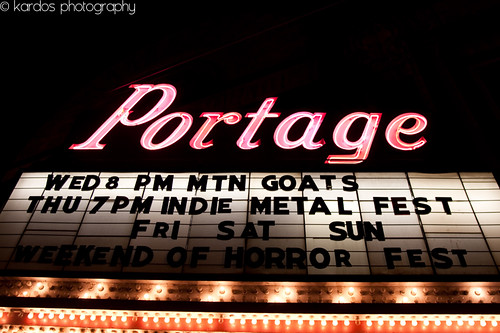 However, the day of the show I was somewhat torn, having learned that the Rural Alberta Advantage were opening for the Spinto Band that night, elsewhere in town. But Mountain Goats shows are always epic, and this one was no different. Even with no photopass, I had no problem getting my camera in the venue, but being that it was in a theater, the entire audience was seated during John Vanderslice’s set. 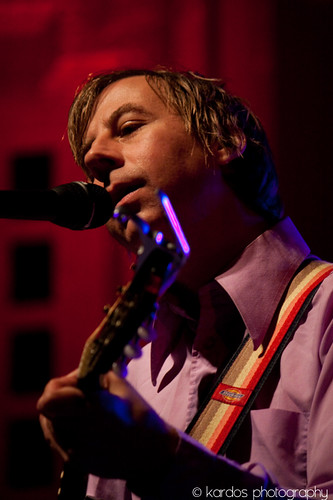 I’m much less familiar with his material, but his songs are quirky, and his stage banter engaging. “I asked the internet for a sweater, and the internet provided” – I hope that was in reference to Twitter. Also, “Man, it’s freezing in here. Maybe if we all got up and did a collective Riverdance, it’d warm the place up.” And then he demonstrated, to overwhelming approval.

After his set, John Darnielle (aka the Mountain Goats) came out on stage. Wearing a cape, hat, and Phantom of the Opera mask. To a background of death metal music. Yeah. I used the word epic already, right? He played his first song sans mask and his usual glasses, because, “sometimes you wander across the street to a costume shop and decide to wear a Phantom of the Opera costume for a show, and right before you walk onstage, you realize you can’t wear glasses with a mask.”

With glasses put back in their proper place, he continued to play a set that was a mix of old and new songs, including several I haven’t heard live before. I guess that’s what happens when you have a back catalog of over 100 songs. And, as usual, Darnielle displayed his wittiness not only in song, but also in off-the-cuffs remarks. After an extensive tangent on how “if I ever were to bust out a Santana-like solo, now would be the time. But this next song is about a different kind of soloing – a kind we all have to go through at some point.” He then launched into “Woke Up New,” easily the best track off of Get Lonely. 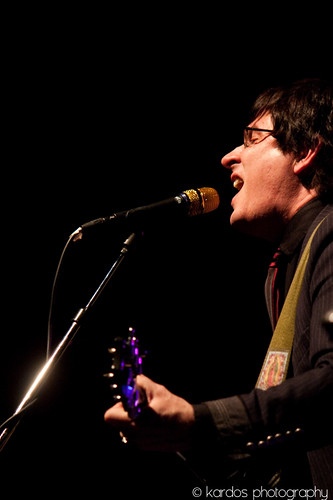 He made several mentions of how he doesn’t like to play songs with “lots of chords,” which is fine with me, because his strength is really in his words. He strings them together in such fantastic combinations, weaving together stories out of details. For example, the opener “You or Your Memory,” from The Sunset Tree, whose chorus simply consists of “Saint Joseph’s baby aspirin/Bartle’s and Jaymes/and you, or your memory,” but manages to convey an entire mood. 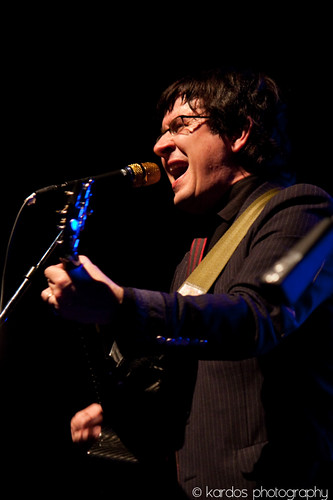 For me, the highlight of this show was when he played “This Year,” again off The Sunset Tree. It’s become sort of a personal fight song ever since I put it as the first track in my “GTFO of Grad School” mix CD. Did I mention that, thanks to one superfan, the entire seated audience in the theater ended up standing at the front of the stage before the third song was even over? So a massive crowd was singing along with me as I belted out “I am gonna make it/through this year/if it kills me?” Nothing better. 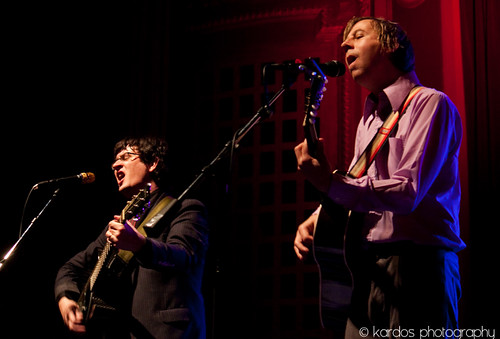 Except, maybe, the traditional closer of “No Children,” a song about a couple that is so committed to destroying each other that they refuse to walk away from their marriage. Doesn’t sound like material for a crowd singalong, but Darnielle always makes it work. And as he said, “Don’t be the asshole who comes out for an encore and doesn’t play the song that 99% of the audience wants to hear.” Amen.