I’ve never been shy about my love for Okkervil River. Or the fact that I have the hugest “I’m totally not physically attracted to you” crush on Will Sheff. But I have to say, I was a little worried to see that they were playing on the main stage of Coachella this year. They’re absolutely fantastic in intimate settings, and I was concerned that the music wouldn’t go over as well on a large stage. 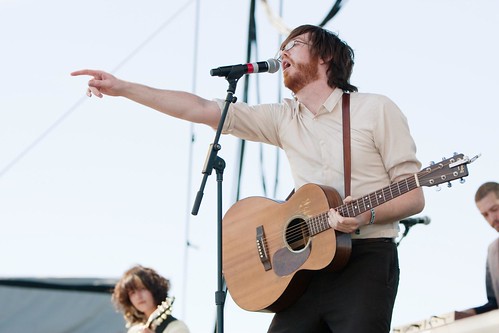 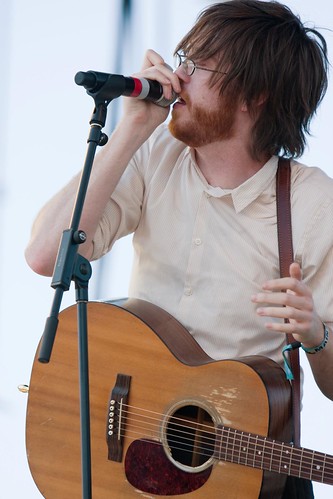 Boy, I was wrong. Sheff owned that stage, moreso than most acts that got later billing. He was very interactive with the audience, and “stinking with charm,” to put it in his words. I was happy to see that they were another band (along with the Hold Steady) that allowed photographers to stay in the pit longer than the usual first three songs. 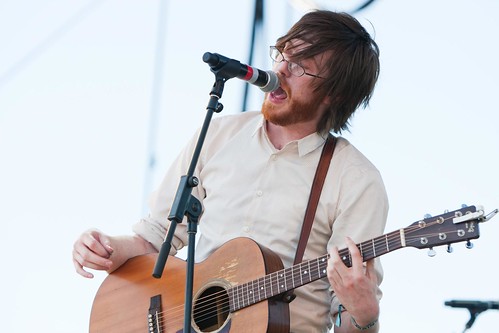 When the opening keyboard line to “Black” started up, I have to admit, I was bouncing all over the place. Andrew from Amateur Chemist can confirm. I love that band, and I love that song, and at that point, there was no place I’d have rather been than sweating my ass off under the hot Indio sun, listening to Okkervil River. 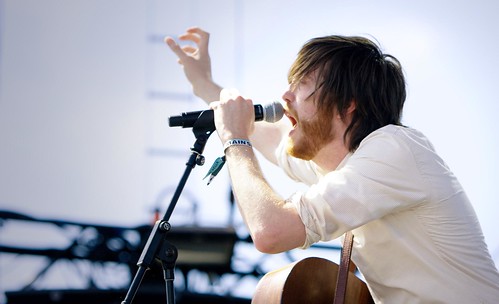 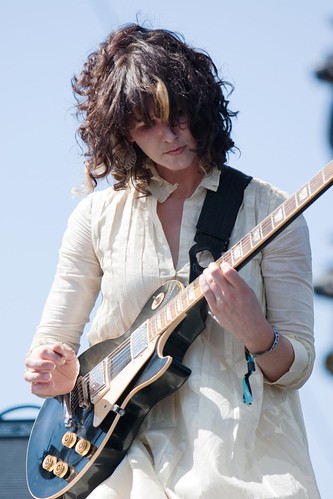