Both of these bands absolutely blew me away. Pattern is Movement is based out of Philly, and they use an interesting arrangement of drums and keyboards. That’s it. Their sound is truly unique. Plus, they did a cover of Beyonce’s “Crazy in Love.” What’s not to like? 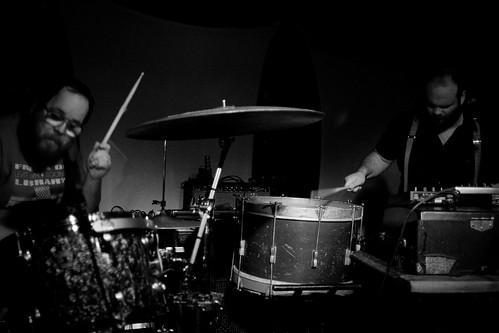 Unfortunately, the stage was super dark for their set, so I only nabbed a few shots. 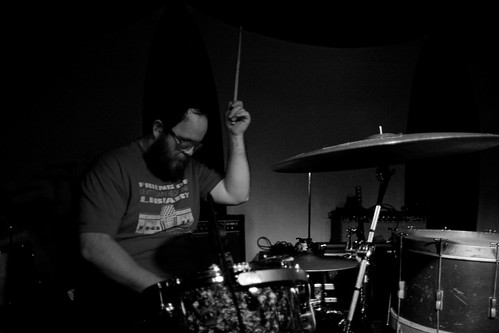 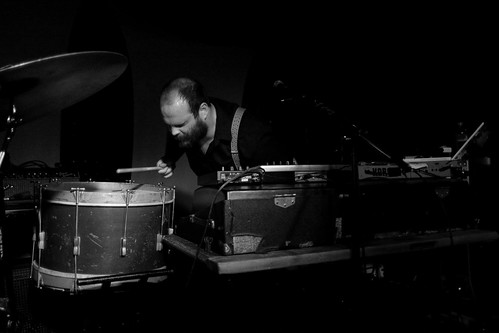 The crowd was really packed in for St. Vincent‘s set. And understandably so. I’ve seen Annie Clark on two previous occasions. 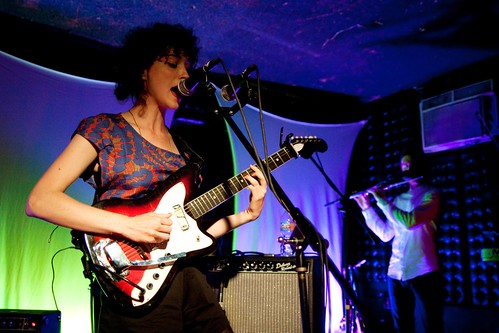 The first was her set opening for the National at the Casbah almost two years ago. At that time, her shows consisted of her playing solo with the help of several boards’ worth of petals. Watching that set was on a level with seeing Andrew Bird play live. 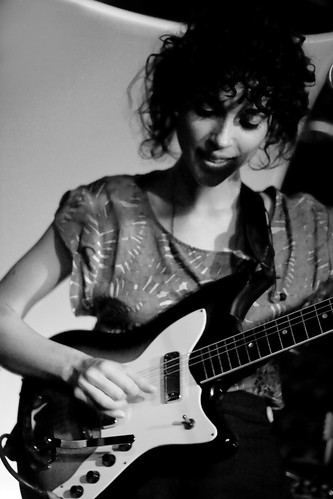 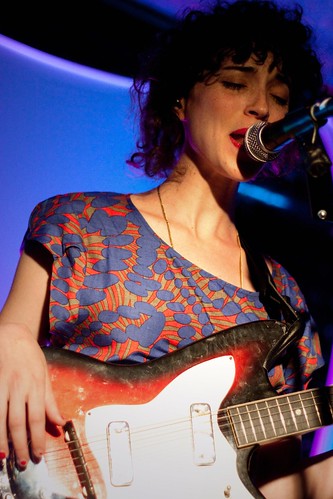 The second time I saw her was only a few songs’ worth at Coachella 2008, where I first realized she’d picked up a backing band. This time around, she was touring with an even bigger band, which added a whole other dimension to her songs. 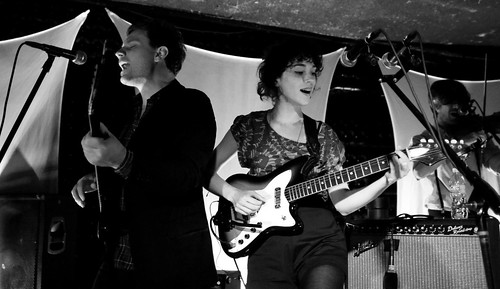 And with the exception of some pedal board malfunctions, she put on a great show that absolutely blew me away. Make sure to pick up her new album, Actor, if you haven’t yet. And if you get a chance to see her live, don’t sleep on it.