Photos: Thao with the Get Down Stay Down, Portland Cello Project @ Casbah

I arrived at this show right as opener Dave Schultz was finishing up.  The Portland Cello Project quickly took the stage and proceeded to humor us with various song renditions composed for – you guessed it – cellos.  Four of them.  This included a sing-along of “Hey Ya!” which, as a group, the audience kind of failed at.  Oops.  Maybe next time we can try it with “Baby Got Back”? 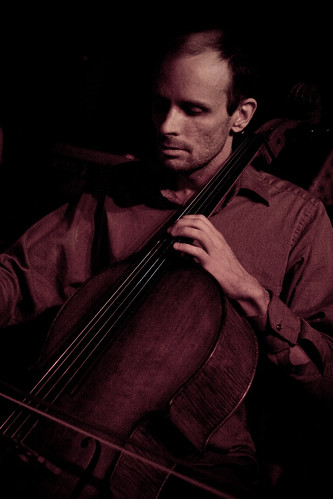 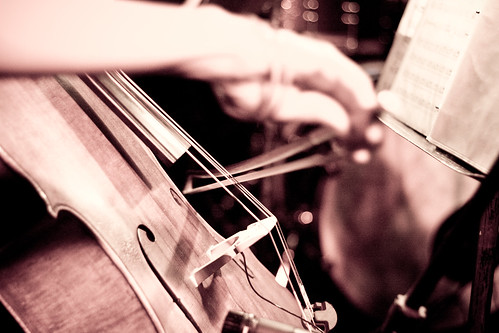 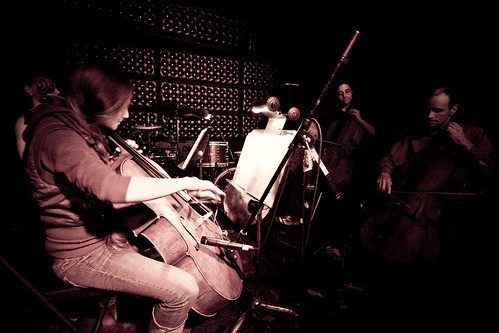 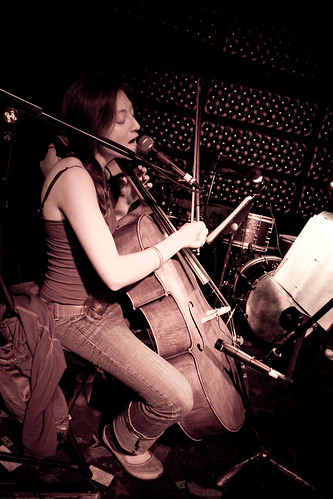 I remember that it took an awful long while for Thao and the gang to make it to the stage.  Long enough to get antsy, especially considering that the stage was already set up for the band.  When she did finally take the stage though, the show proved worth the wait.  It was bouncy and bubbly and beautiful, and afterwards, I bought her new album, Know Better Learn Faster.  I’ve spent a lot of time with it since, and it never fails to put a grin on my face.  Also, the cover art is amazing.  I want to go back in time and help out with that photo shoot.  Seriously. 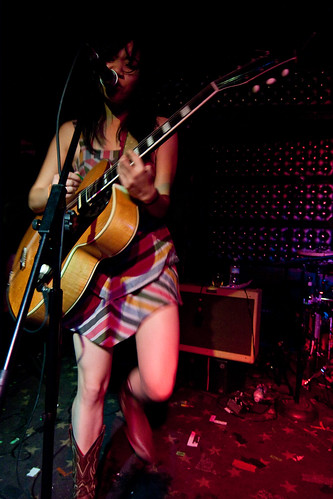 I wanted to edit these images in color, as I felt that would best represent the way I felt at the show, but unfortunately, due to the lighting, this was the only photo that came even close to working in color.  Sad face. 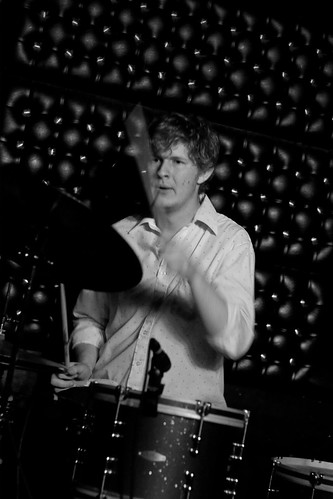 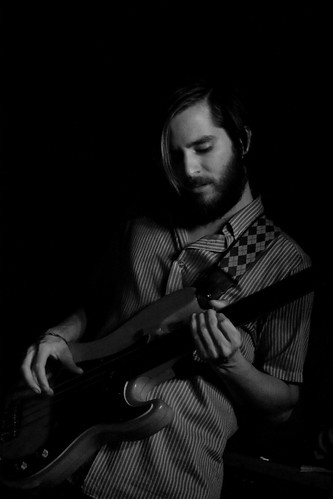 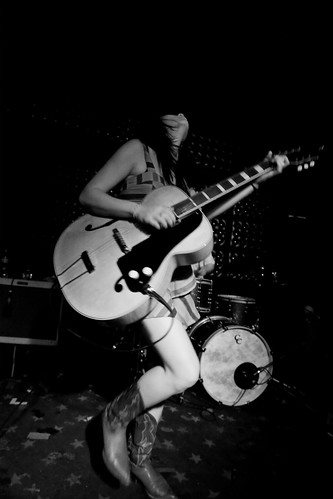 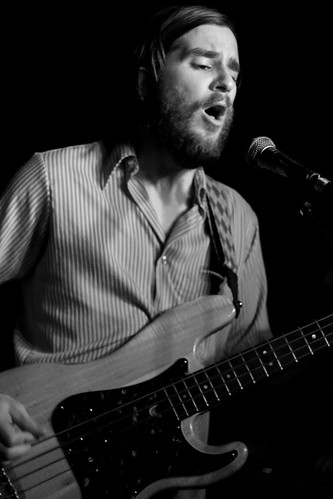 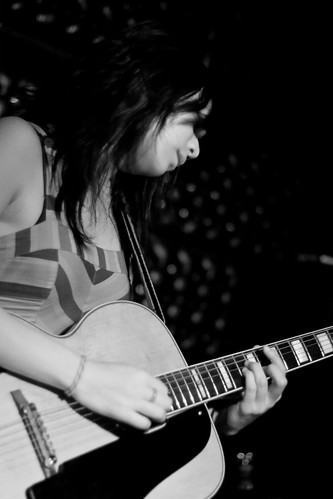