This was the first in a series of five shows that Sezio.org put on at the Luce Loft downtown this past week. As a disclaimer, Swim Party was one of the bands that played, and I think I’m friends with at least half the other bands that played. But even if I had no connections whatsoever, I still would have been floored by the sheer excellence of all the shows.

And the space! Wow. I want to live and work in this loft, or one like it someday. Absolutely beautiful. 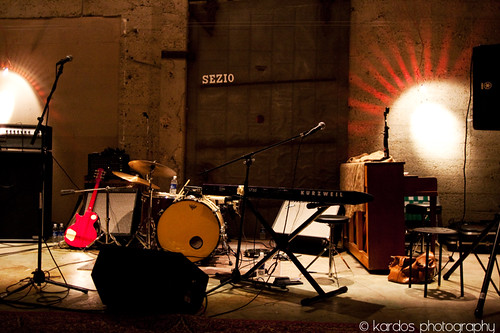 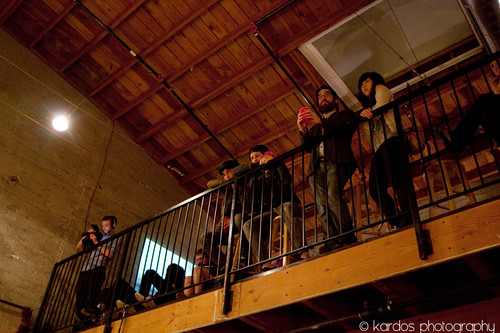 Black Mamba opened the show. I had never seen them before, but knew that it involved all three members of Jamuel Saxon. However, instead of being the electro-pop that is Jamuel Saxon, they play piano-based dreamy music with vocals reminescient of Mazzy Star. It was perfect with the great acoustics of the loft. 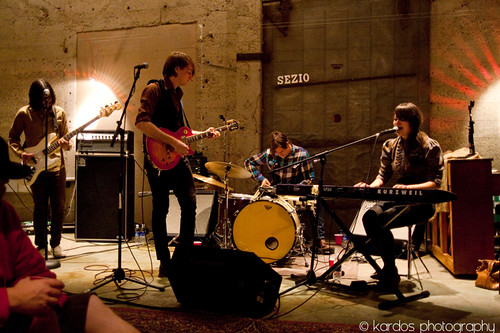 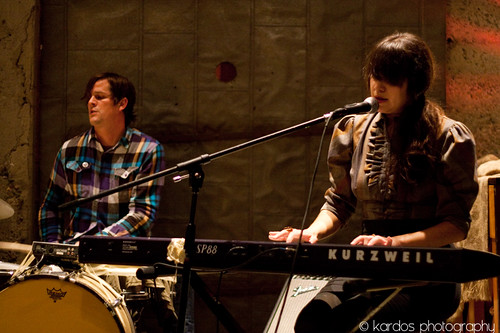 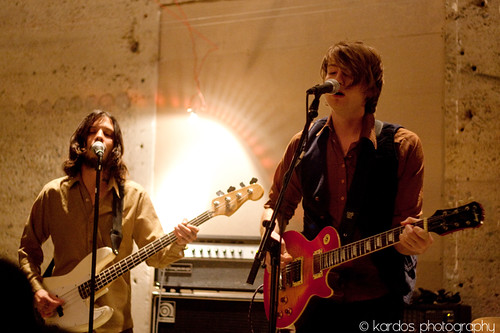 To contribute to the intimate show vibe, the bar was closed down during each set and people were encouraged to take a seat on the many couches, chairs, and two huge beanbag chairs available. It was key to keeping people from having loud conversations that drown out the music as happens all too often in normal bar settings.

Writer was up after about a 20 minute break in which people had the option to replenish their beverages. Fresh off of a tour that led them to SXSW and back, they looked a little ragged but played with as much heart as always. 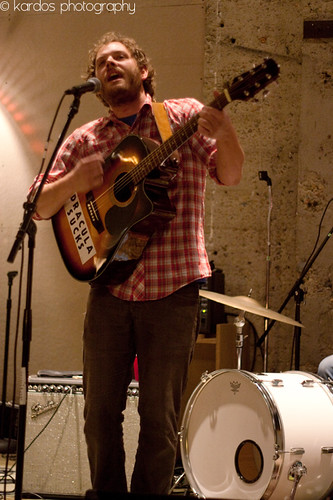 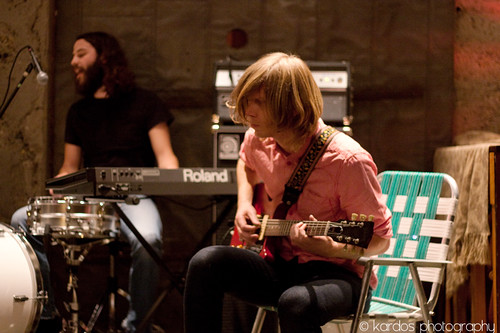 Their set was a little more off-the-cuff, with Andy telling self-deprecating jokes (“I hate that song. It makes me sound like a whiny little bitch,” after “Lesson Number Four.”) and Dave playing from a lawn chair the entire time. 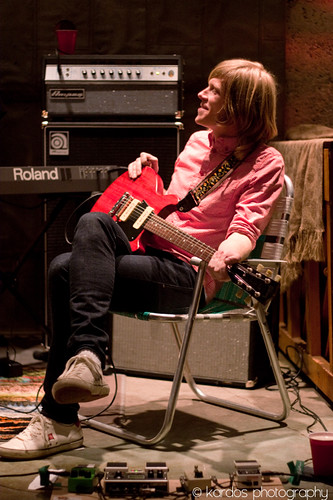 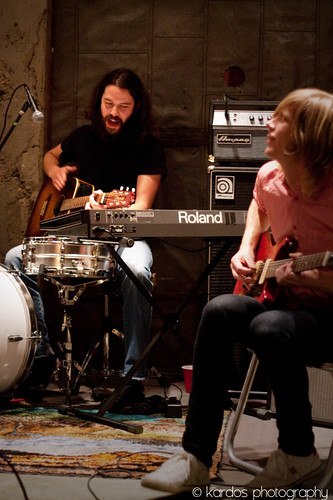 It seems like Dave has really gelled with the rest of the band, and they did a great job of stripping down their entire set – Andy played an acoustic guitar without plugging it in, sang mostly without the aid of the microphone, and Jamie’s played a pretty minimal drum kit. 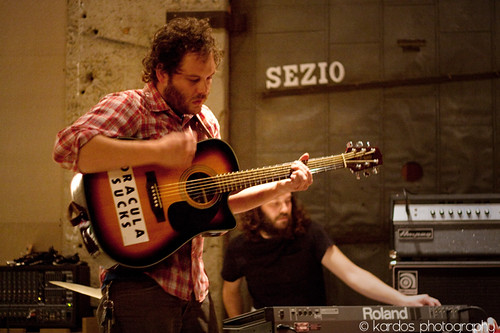 And there were sing-alongs aplenty. The members of Swim Party left this show partly in a panic, thinking of how much we had to turn down and try to strip down our set for Friday night. Which resulted in a practice on Thursday night, causing us to miss John Meeks and The Donkeys, but ended with me being able to play the entirety of the set with them on Friday.