The last time I saw the Yeah Yeah Yeahs was at an FM94/9 Independence Jam that took place shortly after I moved to San Diego. They headlined, and I remember leaving before their set was over because Karen O was just rolling around on the stage, yowling and making generally no sense. 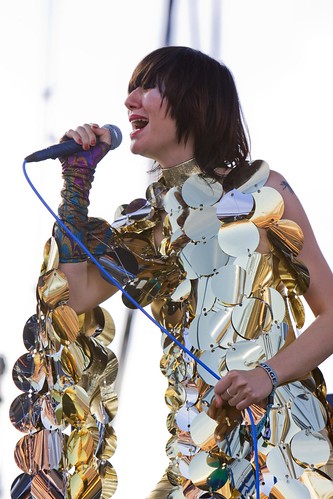 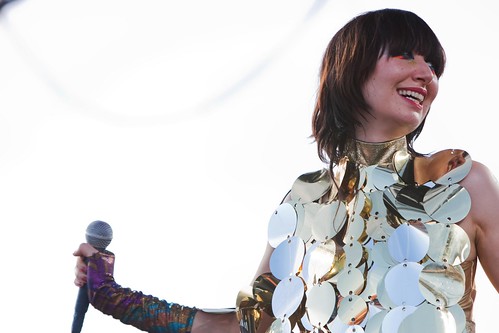 Not great for a music performance, but it would have been fun to take photos of it. I was expecting something similar from their performance at Coachella, but I guess she’s calmed down a lot in the intervening years. Probably better for their music, but it was a let-down as far as photos were concerned. That, plus the harsh light of the setting sun made this one of the more frustrating bands for me to shoot at the festival. Next year I’ll have to remember to shoot from the left side of the stage during these sunset performances. 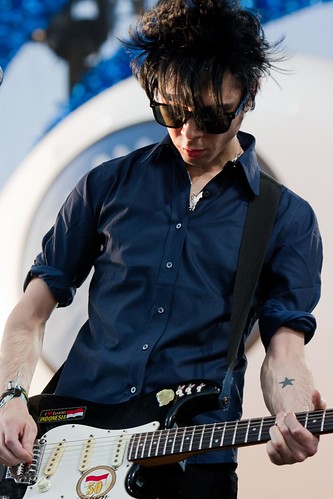 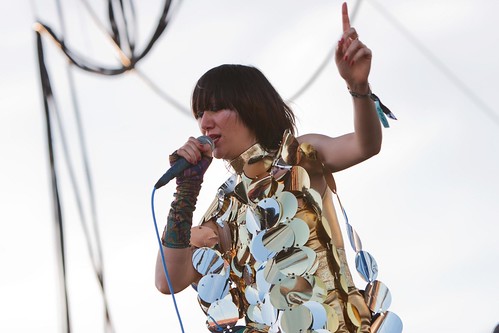