Last week was a strange one for me. Moving to a new lab forced me to readjust to my settings, and to the new people around me, and come Friday afternoon/evening, I was beat. Therefore, I was extremely happy that the show I was going to that night was at the Epicentre, as opposed to the Che or any of the over-21 venues in town. Maybe I’m getting old, or maybe I just relish the few hours of sleep I manage to get too much, but there’s a lot to be said for a show being over at 10:30PM.

However, that early end time comes with a price – an early beginning to the show. I was banking on this, and on there being a few bands playing before either the Annuals or Manchester Orchestra (I think there ended up being two?) but I was also banking on the Annuals closing out the night. When we arrived at the venue around 8:30, though, we soon saw that unfortunately that wasn’t the case, as they were already about halfway through their set. I sneaked up front to snap a few photos and enjoy the remaining songs, which included a version of “Brother” that had some members of Manchester Orchestra onstage, playing along. 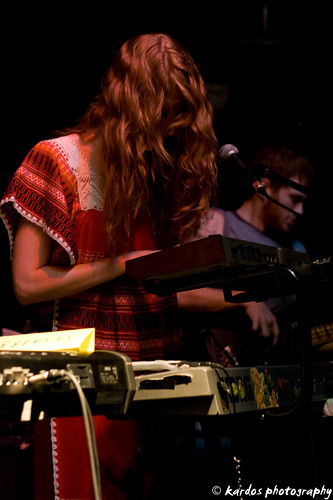 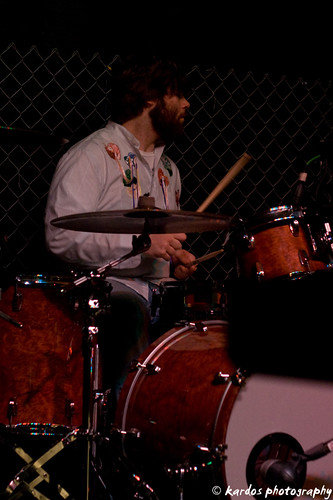 The energy of the set was intense. They somewhat reminded me of San Diego locals The Burning of Rome, although that might have more to do with the sheer number of people in the band, and the way the lead singer was playing keyboards, headbanging, and singing all at the same time, than with the sound of their music. At any rate, I dug it, and was sad that I missed a good part of their set. 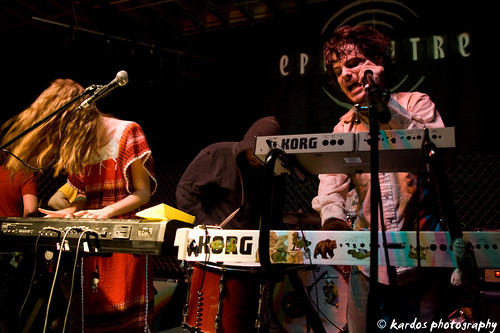 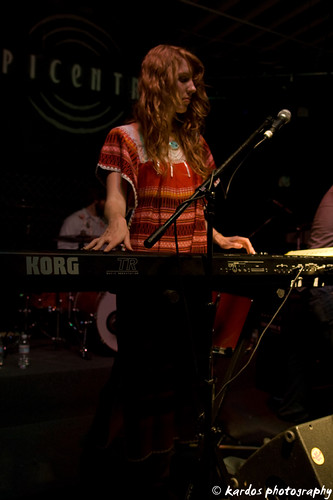 After a quick set change during which the young’uns flocked to the front of the stage, Manchester Orchestra started playing. Or rather, Andy started singing while the band provided a background of noise. At first I was reminded of the singer from Silversun Pickups, with his sorta high, sorta nasally voice. Then it was Bright Eyes. But finally, I figured it out, with the help of the refrain he was singing – Neutral Milk Hotel (the refrain was “we know who our enemies are” from “Oh Comely”). He definitely nailed that whole raw, emotional way of singing, and it worked for me for a few songs.

But then it started to get a little uncomfortable, right around when it started to get a little too religious for my taste. I’m not saying that bands can’t sing about certain things – I’m just saying I’m not always going to be okay with it. Religion is a very personal issue for me, which has a lot to do with being raised Catholic and things that I don’t want to go into here. Let’s just say that I bristle at the first sign of anyone preaching/attempting to convert others. Anyway. It was also around this time that I grew weary of the soft-loud-soft equation at work in most of their songs. It’s a powerful tool, but when you overuse it, it gets to feel tedious – you spend the entire “soft” part wondering when the band is going to get “loud” again. Yawn.

But the teenagers seemed to hang on every syllable, as they often do when songs display raw, unfettered emotion. Which got me to thinking that maybe I would have liked this music a lot more when I was in high school. Back when I used to sit around, wondering “Why doesn’t he like me? If he did, everything would be rainbows and sunshine and candy!” Back when emotional issues seemed only one- or at most, two-dimensional. “Does he like me – yes or no?” “Does God exist – yes or no?” Maybe part of growing up is realizing that questions like these don’t have straightforward answers, and maybe that in turn causes a shift in the type of music you like. Or maybe I’m just bullshitting this review into the ground. Either way, their set didn’t capture me like the Annuals’ did, but I was definitely in the minority at that show.

Afterwards – remember what I said about shows ending early – I ended up at the Whistlestop, where I managed to unknowingly walk into my third show that evening. Mario et al (read: The Prayers) were hosting The Strange Boys from Austin, Texas. The plan was to just grab a drink and then head out before the band started. After some convincing from Brandon, we decided to stick around “for a song or two,” which evolved into staying for their entire set. And I danced, although the rum and cokes had something to do with it. Their music was poppy and sweet in all the right places, and all the hipsters were digging it. I left happy and tired – one of the best ways to end a night.