I don’t really listen to a lot of hip-hop, but D was interested in checking out this show, so I said, “Sure, why not?” Earlier in the day, Chad had told me to make sure to catch the opener, Pigeon John, so we got to the Belly Up around 9:30. Let’s just say that the crowd was…interesting.

Pigeon John went on at 10PM, and Chad was right. He was incredibly impressive and got the crowd moving, including me. Unfortunately, the lighting was kind of orange-y, so I had to convert a bunch of my photos to black and white. 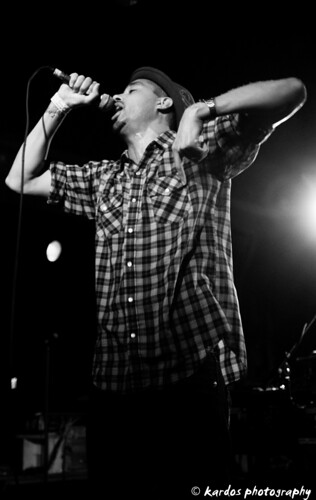 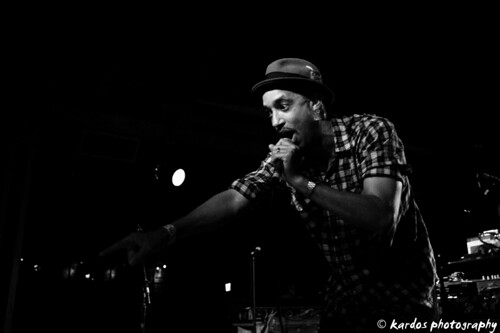 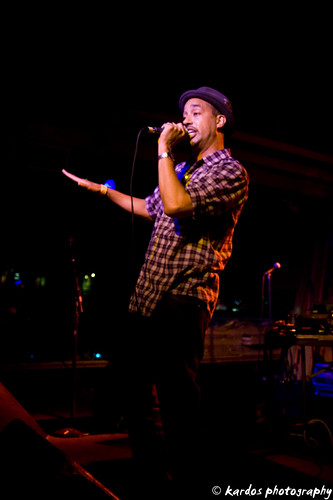 As soon as he finished, the crowd surged forward, so I kept my spot at the front while D went outside for a smoke. Blackalicious started with just Gift of Gab onstage, and then the other band members came out. I do love hip-hop bands that perform with full bands, not just a DJ. The most entertaining person onstage was definitely the keyboardist – he had one of those bodies that just seemed made of jelly, enabling him to jump around and do crazy dance moves, all while nailing his keyboard parts. I was in awe. 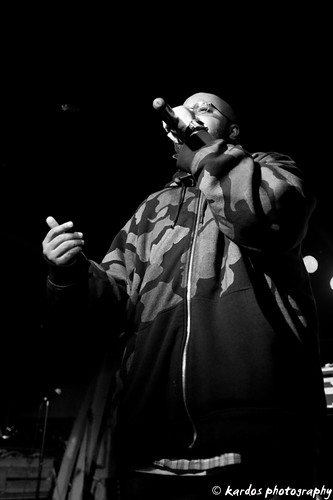 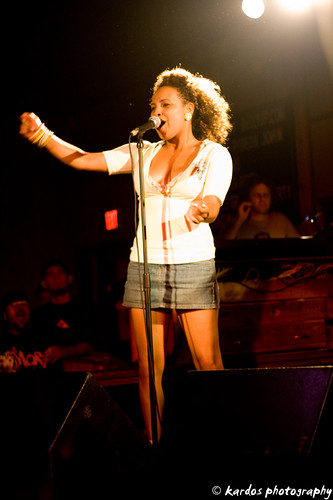 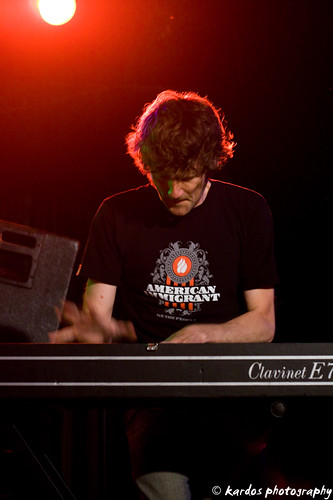 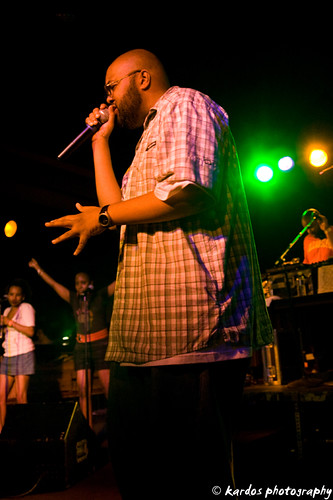 After a few songs, though, I decided to get away from the two bros that were next to me up front (both drunk, both with naked women tats on their arms, and both trying to continuously high-five Gift of Gab) and retreated to the bar area for the rest of the show. We ran into a friend of D’s, and then ended the night over at Surf and Saddle. Despite starting out the night dead tired, I had a really good time – I love when that happens.