I try so hard to like you as a venue. You have killer lighting, great sound, and a photo pit. But that’s balanced against the high price of drinks and the gauntlet of security folk that I have to run through to even get into the show. And then there’s the fact that sometimes, you seem willfully determined to piss off your customers as much as you can.

I understand that it’s a good thing to have all-ages shows. I’m not against them at all. What I don’t understand is why you decided to close the downstairs bar for a show involving one band (Camper Van Beethoven) that originally split up in 1990, and another band (Built to Spill) that did its seminal work in the late 90’s. I didn’t see a single soul on the floor that night that looked under 21. What I did see was a forty-year-old playing a mean air guitar amongst a crowd that was 90% full of people that were older than me. And I jumped the legal drinking age hurdle a few years ago. I just don’t understand the reasoning behind making all these people go upstairs to a tiny, cramped area in order to buy a beer to drink while enjoying the show. I can’t understand how House of Blues missed out on that profit opportunity.

But even more than that, I can’t understand why they would advertise a show as “doors open at 7, show starts at 8,” and then start the show at 7:30. That’s just false advertising. If I’m supposed to be covering the second band on a three band bill and I show up at 9PM, I should be right on time to jump in the photo pit for those first three songs – not hustling down the stairs to hear the last band of the evening sound-checking. Oh yeah, they sound-checked before their set because “they didn’t have time to earlier.” If I was a paying customer that had bought my $20 ticket to see Camper Van Beethoven, I would have made myself heard. I just don’t understand how any of these things constitute smart business practices.

However, with all that aside, Built to Spill put on an incredible set. They weren’t that interesting to watch, but it didn’t matter because aside from the first three songs when I was taking photos, I was mostly listening to the music with my head down and my eyes closed. Built to Spill play that kind of introverted rock music that manages to sound both simple and complex at the same time. 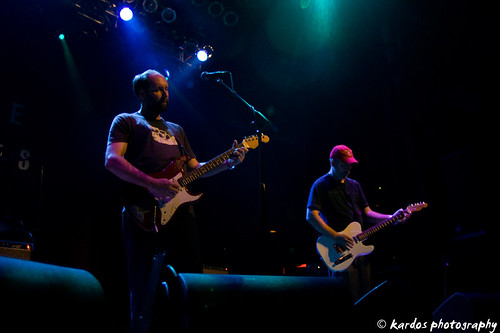 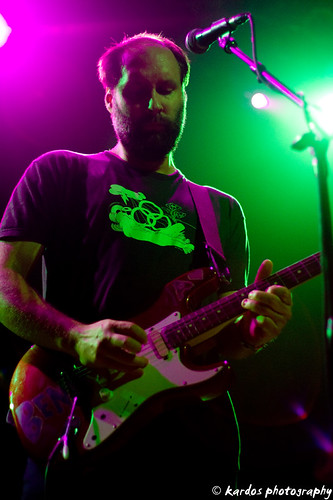 I’m not hugely familiar with their catalog (mostly I just know Keep It Like a Secret), but I did catch “Timetrap” and “You Were Right” in their setlist. They also covered Brian Eno’s “Third Uncle” and Velvet Underground’s “Oh! Sweet Nuthin’.” The Velvet Underground cover sounded completely different, and I probably wouldn’t have caught it if it weren’t for the whole “say a word for Ginger Brown” lyric. I think they also threw in something about Charlie Brown as well… 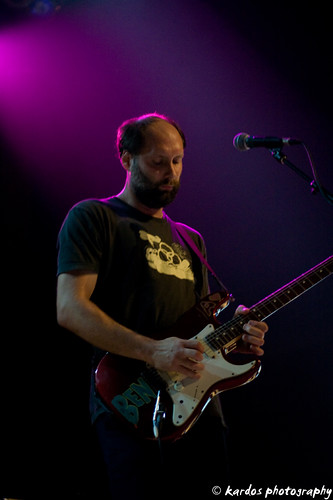 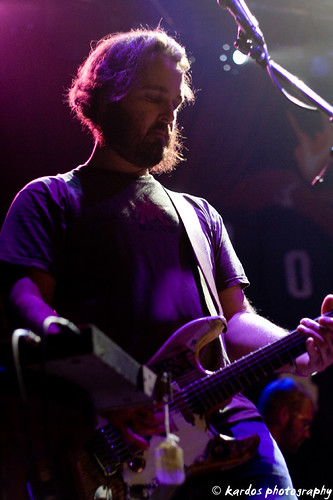 All in all, even with the missteps and mishaps on the part of the House of Blues, it was a great evening filled with intricate guitar melodies intertwining in my brain. It was really interesting to hear the originator of the sound that quite a few bands have been influenced by. I could definitely hear some Death Cab for Cutie in the vocals. Oh, and hey Band of Horses – Built to Spill called and they want their sound back. Or at least for you to shut up and stop sounding like a douchebag. 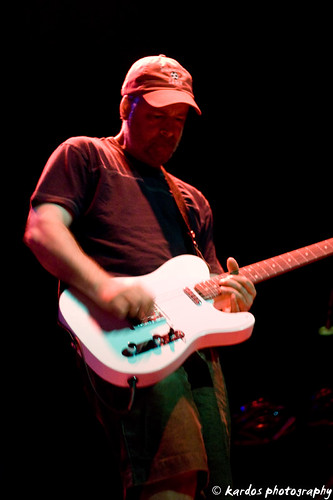 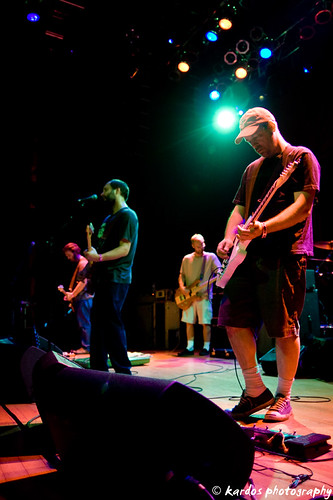