Last Wednesday night, I was terribly tired. That seems to be how it goes almost every night around these parts, but having off of work on Tuesday, along with having to wake up super early for jury duty, really messed with my head. I spent the rest of the week thinking that Wednesday was Monday and so forth. I was exhausted at work all day Wednesday, and napped for about an hour after getting home. Then I was all in a rush to make dinner and get out the door and down to the Casbah in time to see Calico Horse.

Fortunately, they were playing first. On any other night, I would have at least stuck around for a few songs from the second band (The Great Northwest, mislabeled by the Casbah chalkboard as “The Great Northern”). Dead Meadow was out of the question. I am glad that I made it for Calico Horse’s set though. 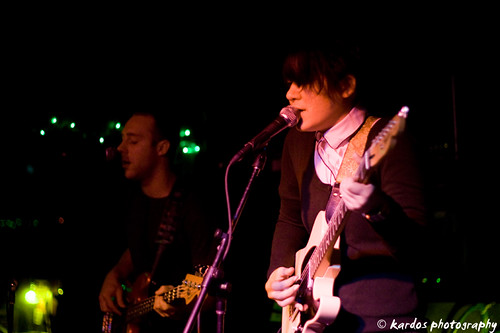 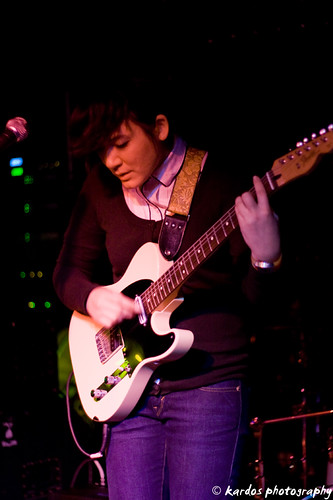 They had a few issues setting up, which turned out to be a keyboard that wasn’t properly plugged in. This might have caused some friction with The Great Northwest, as I noticed all the members of that band were pulling out their guitars and milling about before the end of Calico Horse’s set. But regardless of that, Calico Horse put on a great show. There were a couple of instances where Emily sort of nervously giggled into the mic after a song – the girl was dead tired and had been playing and singing all day. 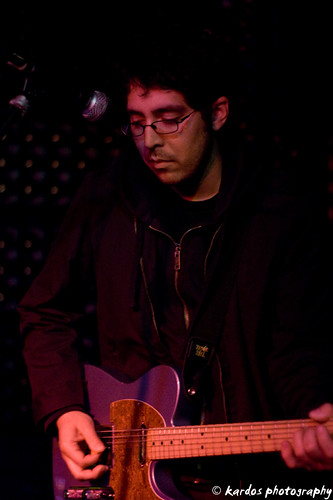 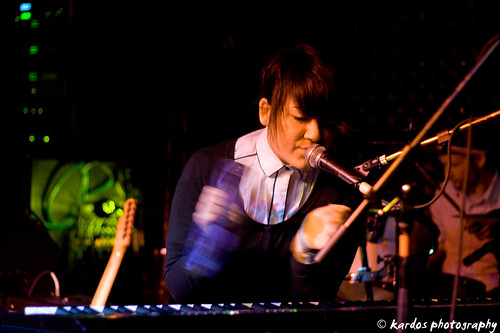 The band sounded really put together – her guitarist and drummer are really good and handled the complex rhythmic changes without a problem. The bassist was a little aloof, but held his own. Emily is really the star of the show though, carrying vocal duties and switching back and forth between guitar and keyboard. Her voice isn’t perfect (and maybe it’s because she had been singing all day), but it works with their material, which is reminescient of some Radiohead songs. I liked them, and they drew a decent sized crowd for an opener. I can’t wait to hear more from them in the future.