Last Thursday night, I got a call from Rosey just as I was about to leave my apartment, saying that she had scored a photo pass for me for the Cat Power show that night at 4th and B. I was already planning on attending the show – I paid almost $30 for that ticket the week before.

Just keep that in mind while you read the rest of the review. The photo pass almost made the night worth it for me.

It’s hard to maintain journalistic integrity when it’s a band that is hooking you up with a photo pass or a free ticket to a show, with the understanding that you will write a review of that show later. But to be honest, it’s usually not that big of a problem for me – I usually find something to like about the shows that I go to. There is a lot of good music out there, and I feel fortunate to be able to experience so much of it live, especially on my limited grad student budget.

But even so, there is that nice feeling of freedom that comes from being a paying customer and getting to say exactly what you think of an act without worrying how your standing with their PR people will be affected. Especially when it’s a show that clearly should have been canceled, or at least postponed.

And that – that’s the root of this review of Cat Power’s show at the 4th and B on Thursday. She canceled all the remaining dates on her tour the day after that show, and I’m positive that I’m not the only one who wished she had canceled her San Diego show. I can honestly say that I want my $30 back.

But I’m getting ahead of myself. First, there are some words for the opening acts.

The show was kicked off with local emcee Addiquit. Unfortunately, it was kind of hard to tell that it had started, because there was no real segue between the ambient music playing and her starting her backing music. In fact, I thought she was just soundchecking, but as soon as I realized my mistake, I made a beeline for the photo pit. 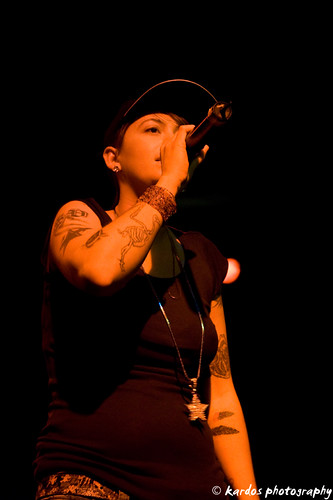 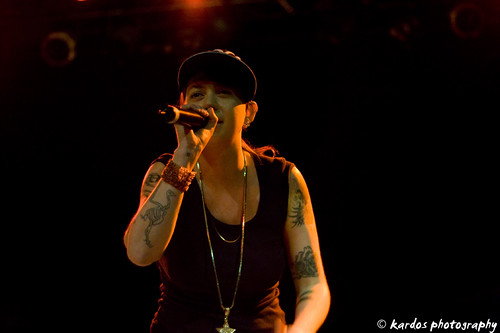 Which is a good thing, because she was given a mere TWO SONGS. In front of her HOMETOWN CROWD. Which became even more disappointing once Appaloosa started. 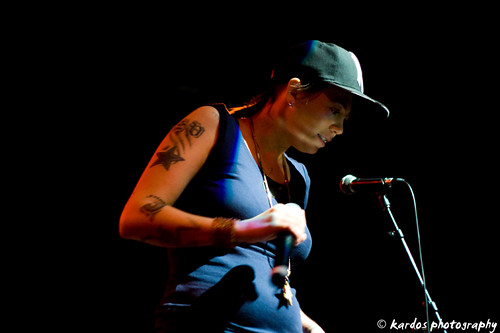 I’ve tried to find other words to describe Appaloosa’s set, but my vocabulary is failing me. The best, most accurate description I can come up with is “terrible.” It was one woman from Paris, singing off-key over pre-recorded beats, while awkwardly dancing around the stage like a drunk trying to play Dance Dance Revolution. And trust me, I’ve seen plenty of THAT in my time at Penn State as an undergrad. 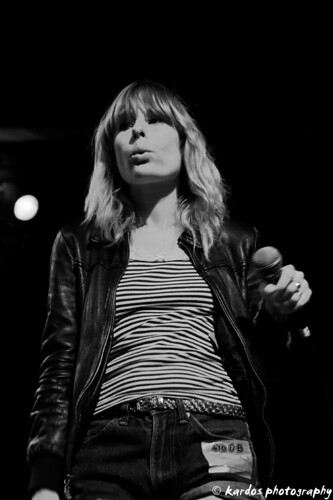 Appaloosa @ 4th and B, shot by Natalie Kardos

It was too long, and too awful for me to stay in the main room at 4th and B, so I ended up hanging out with Rosey at the merch table for most of her set. The only redeeming factor was when she brought Addiquit back onstage to be her backing emcee. But even then, the shoddy vocals ruined it for me. But I guess she was doing something right (looking like Uma Thurman, maybe?), because some people actually bought her CD from the merch table. 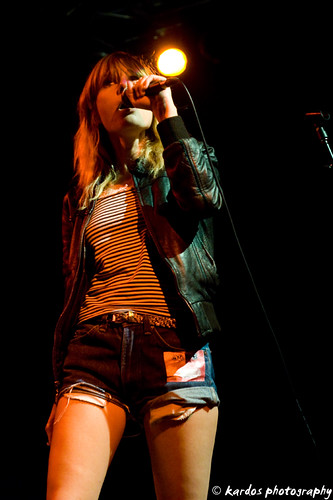 Appaloosa @ 4th and B, shot by Natalie Kardos

When she was finally done, Cat Power was up. And a show that I had high hopes for quickly turned into something that was, well, boring. I really liked The Greatest and thought I was pretty familiar with her other albums, but most of the songs just didn’t connect with me in the way that I wanted them to. It probably didn’t help that after every other song or so Chan turned away from the crowd to have a two- or three-minute conversation with either a tech on the side of the stage or her guitarist. Occasionally she addressed the crowd, but it wasn’t friendly or endearing banter.

It was variations on these themes:
– “The sound is terrible.”
– “Can you turn off the stage lights and bring up the hosue lights?”
– “Sorry but my voice is shot.” 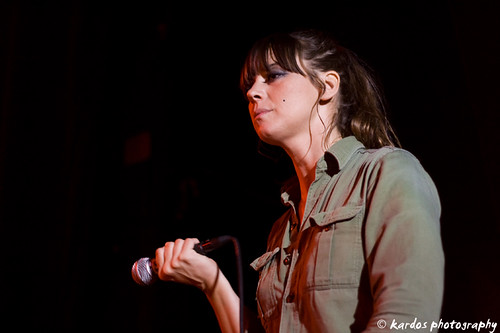 Leading up to the show, I had heard that her backing band, The Dirty Delta Blues, were pretty amazing live. Unfortunately, I didn’t really get a chance to see them shine – the whole set, it felt like they were holding back in order to let Chan take it easy with her voice. In my opinion, that’s a situation in which they should have ramped it up to make up for her lack of vocal strength. The only time I felt like they (and Chan) connected with the audience was during “The Greatest”, where they let loose for a few bars toward the end of the song. 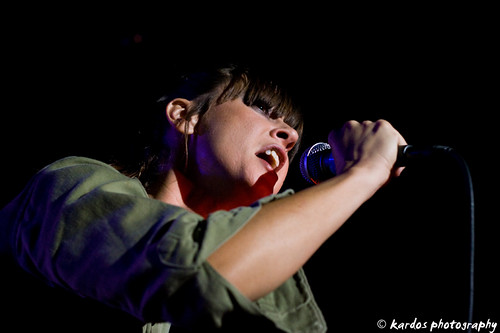 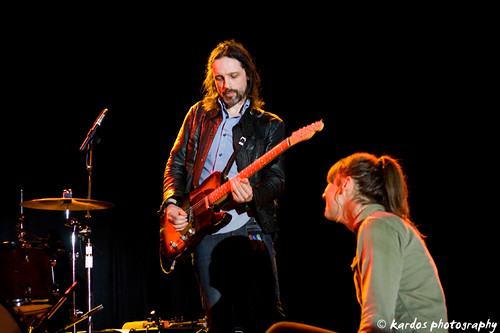 And then Chan brought out Appaloosa to duet with her, and I was done. Bad move for Appaloosa – if your voice is not so great and you have trouble staying in key, don’t sing along with someone who has a great voice. It just makes you look all the worse. 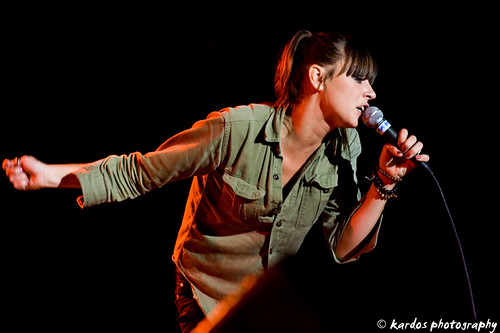 I hung out with Rosey until the end of the show, mostly because I felt obligated to see the whole thing and get my money’s worth. But that never really did happen.