It’s the rare event that keeps me hanging around UCSD past working hours. Even rarer are the ones that keep me around on a Friday evening.

But a free Colin Meloy solo show? Yeah, that’ll do it.

A little background here. I’d previously seen Colin with the full lineup of The Decemberists, as well as the LA Philharmonic, at the Hollywood Bowl in LA last summer. That show ranks as one of the best I have ever seen in my life. I was hoping to catch them at Spreckels Theater for both nights of their ill-fated “Long and Short of It” tour last fall, but the tour was cancelled before it rolled into San Diego.

So I settled for seeing Colin solo at the Henry Fonda in LA last spring. The Monday after shooting Coachella for Pitchfork. On the heels of 3 full days of shooting almost 30 separate bands in 90+ degree heat (and then editing and sending my photos out by 9AM central time Monday morning), I picked up and drove straight to LA for this show. And never regretted it.

So hell yes, I was going to hang out on campus until almost 10PM last Friday night.

The show started pretty early, with “doors” opening at 5PM (it was an outdoor venue) and the bands starting at 5:30. The Little Ones started promptly on time, which was good for me, as I was running back and forth shooting the first three songs of each set and then returning to lab in between to finish up an experiment. Their set was full of energy and they attracted a decent crowd (although the popcorn and cotton candy might have helped too). 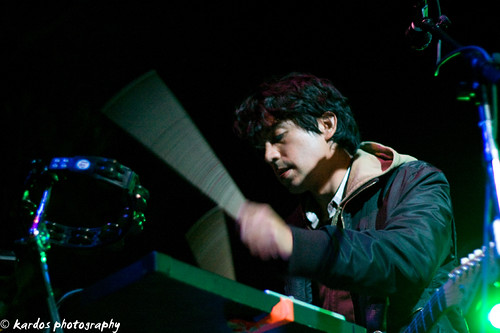 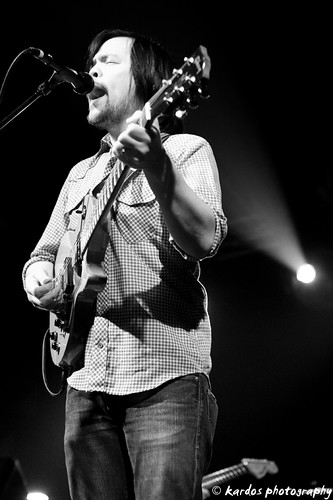 Michael Sweetman was up second. Apparently he is the frontman for a band called The Chimney Boys (from the UK), but he was doing a solo set this evening. The songs were mostly folk songs with a little bit of bawdiness to them, which attracted some laughs from the crowd. His banter was charming and his music was the perfect fit for the “Thank God it’s over, now I’m going to get drunk” type of event he was playing. 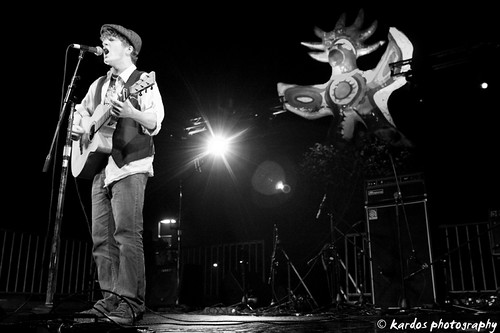 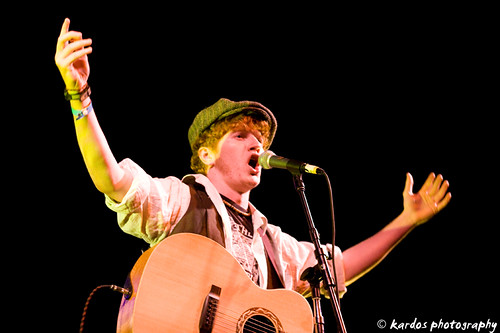 Moostache followed after him, but I got caught up in lab work and missed most of their set, so not much to say here.

And then it was time for Colin to take the stage. A decent-sized crowd had shown up by then (although I’m sure you could have fit them all into the Casbah easily), and it quickly became obvious that there were some hard-core fans of The Decemberists present. 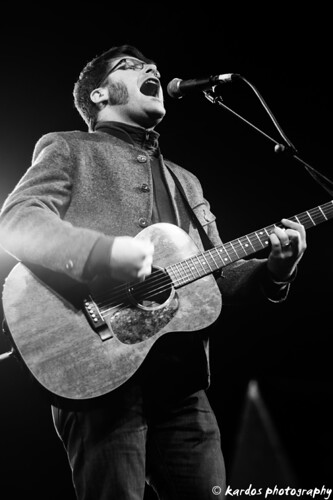 And the thing about Colin is, no matter what size venue he’s in, he owns the crowd. Incredibly charismatic – even in the nosebleed section of the Hollywood Bowl, we hung on every word and gesture he made. He flubbed some of the words to his songs, and wasn’t shy about making fun of himself mid-song when he did. 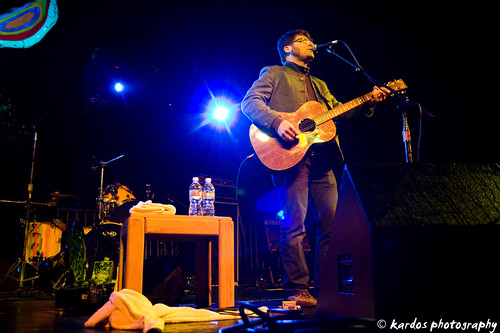 There was audience participation, and not just limited to singing – there was whistling as well. It just felt like there was a direct interaction between him and everyone else in the crowd. He wasn’t talking AT us, like most performers do; he was talking WITH us. It wasn’t the life-changing show that the Hollywood Bowl was, but it was definitely quite an experience. 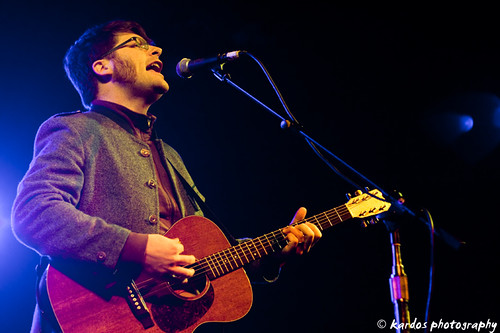 I managed to keep track of the setlist for those who couldn’t make the show (links are to videos I took):

There were a few new songs mixed in, which should be on The Decemberists’ new album Hazards of Love, due out next spring. Colin said they would be touring in support of it around that time, so hopefully they will be able to make a stop in San Diego on that run.