After a week of pretty much no show-going, I headed to the Casbah Saturday night for a show that was pretty much a mini-sample of Noise Pop 2008. Two San Francisco-based bands (The Morning Benders, Port O’Brien), and a San Diego band (Delta Spirit) that all played shows the week before in San Francisco. I had previously seen all three bands and really liked them, so I knew going in that it was going to be a killer bill.

The Morning Benders opened up the night, and I arrived part of the way into their set. Their sunny pop always makes me feel both happy and dancey, and it was having the same effect on the rest of the crowd that was there. The last time I saw them was at the Beauty Bar, where the crowd was pretty sparse, so it was nice to see them get a bit of a bigger audience this time around. At the end of the show, Chris Chu, the singer, tried to talk me into buying their new 7″ (after I told him that I already had both of their EPs), but unfortunately I had run out of cash, for reasons I’ll get to later…Also unfortunate was the fact that the lights were pretty low during their set, so I only got one photo that I’m happy with. 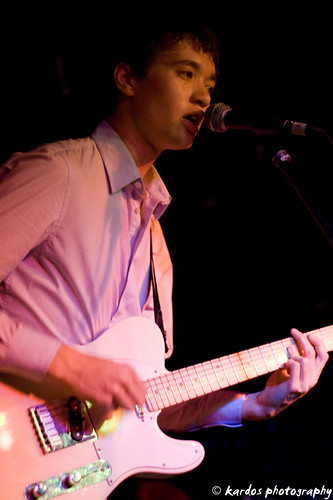 The Morning Benders, shot by Natalie Kardos
Port O’Brien took the stage second, and unless my memory is failing me, it seems they’ve added a new member since I saw them open for Rogue Wave. In my opinion, this was a wise choice, because it allowed Cambria Goodwin to play banjo for most of the set, occasionally switching to keys (borrowed from Delta Spirit) or mandolin. She also contributed some vocals to a few of the songs, which was a nice trade-off and contrast to lead singer Van Pierszalowski’s world-weary voice. 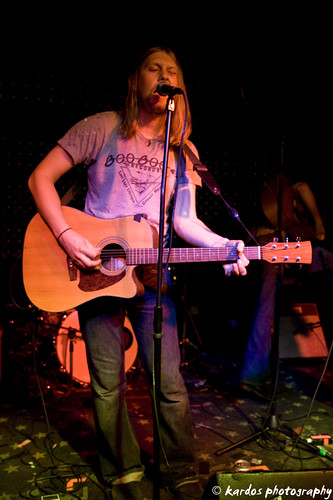 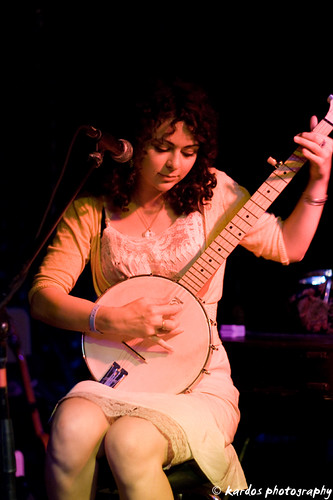 They sounded a bit like what I’d imagine Modest Mouse to sound like if they were a folk band, especially on “I Woke Up Today,” with its shouty lyrics. The band was positively raucous onstage, bouncing around and making photo-taking a bit of a challenge. Van, the new (?) guitarist Zebedee Zaitz, and bassist Caleb Nichols were lunging around, almost colliding at times and obviously having a great time. In contrast, Cambria sat on a stool most of the time with her banjo, looking quite lady-like. 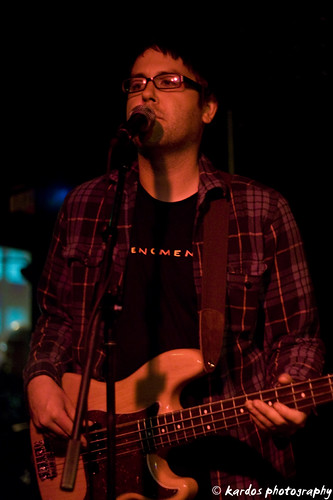 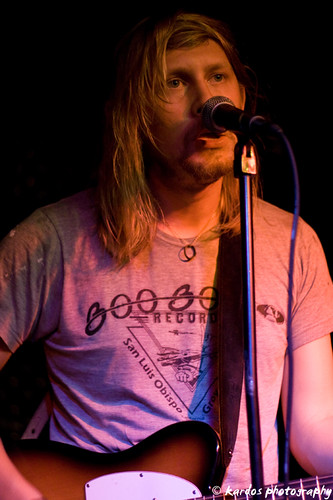 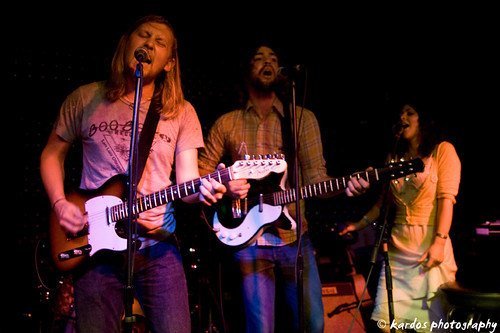 The band was a little annoyed that the sound guy seemed to either have disappeared or was totally unresponsive to their requests during their set. I can understand their frustration (if you’re being paid to do a job, you should be doing it), but they still sounded great to my ears. Unfortunately for the Casbah crowd and the bands who play there, Jake is going to be away on tour with Delta Spirit, and then Margot and the Nuclear So and So’s for the next few months – which is great news for him. It’s just a bummer that the Casbah is losing one of the best sound guys in town for awhile.

Once Port O’Brien wrapped up their great set, Delta Spirit took the stage to a sold-out crowd, which included a few of their parents. They also seem to have added an extra band member (and guitarist) since the last time I saw them at the Southern Comfort Music Experience. It makes sense, because they are another band that always swapped instruments multiple times during their set, and all that switching around can get confusing. Also, their bassist got a haircut – something I wouldn’t normally comment on, but I almost thought he was a replacement. 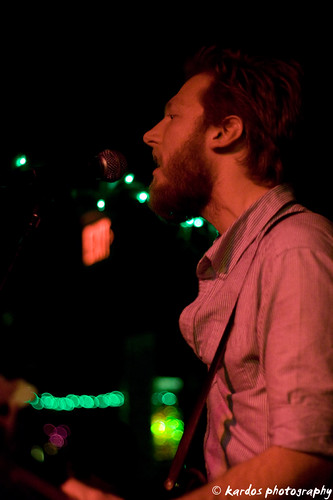 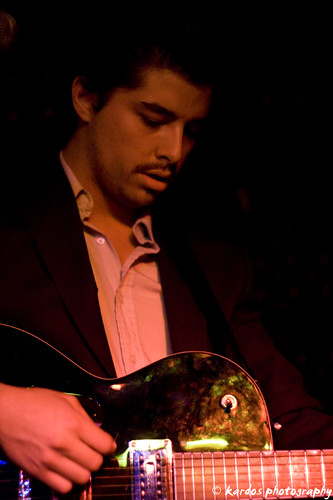 They played a great set, including audience sing-alongs of proportions I never would have imagined. It’s weird to find out that a hometown band has such a big following and you never realized it. I finally put my finger on who they sound like, too. Previously I had thought of both the Cold War Kids and Dr. Dog, but seeing them the third time, I realized how similar their music is to that of the Walkmen, with much smoother vocal delivery. It’s very roots rockey, while at the same time sounding modern. And I’m a big fan of the tinkly piano lines, which is another similarity to the Walkmen. You can see their setlist here: 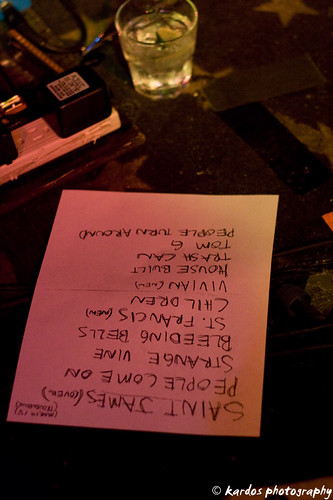 They closed out their set with “People, Turn Around,” the perfect sing-along song that I could also see inspiring drunken swaying with your arms over your neighbors’ shoulders. Sadly, I was not familiar enough with the song to sing along, but I made up for it after their set, by buying their CD (along with Port O’Brien’s, which is why I had no more money for Morning Benders’ merch) and listening to it in my car all week. Trust me, next time I see them, I’ll have all the lyrics down. 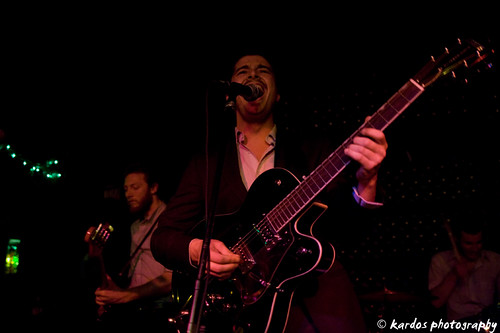