When I arrived there around 10PM, the crowd was still relatively light inside (not so much outside, where a gaggle of people were trying to scrounge any and all available tickets). Hacienda was on stage, and while I only got to hear two or three songs, I liked what I heard. Very fitting with the Delta Spirit/Dr. Dog vibe of the evening. Fun harmonies included. 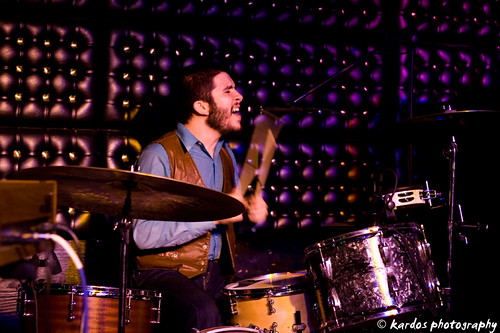 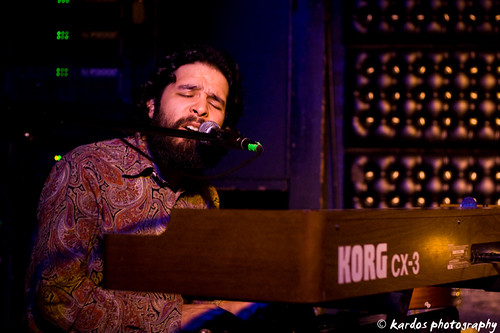 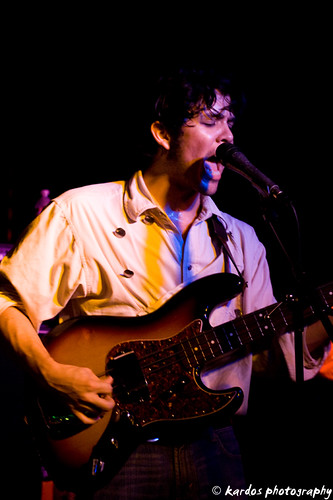 I guess now’s as good of a time as any to mention that I’m getting pretty bored taking photos at the Casbah. The lighting is always the same – it always results in that orangey-pink color that is impossible to correct with white balance. And it’s dim as hell. But anyway.

The crowd starting packing in for Delta Spirit. Makes sense, since it was a hometown show and all. I ran into Jake, who’s doing sound for them, and I’ve got to say, it was nice to see him back in the Casbah. Even if it was only for one night. And of course the sound was perfect. 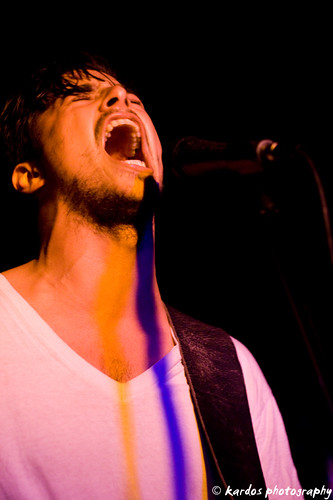 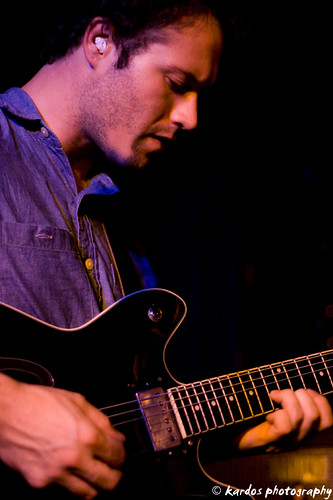 These guys are just so much fun live. I love how they switch instruments around occasionally, and how they have the big marching band bass drum that they pound with a maraca on some songs. And “Trashcan?” That song stays in my head for DAYS after hearing it. Not to mention that they actually use a real, beat-to-hell trashcan lid as an instrument. 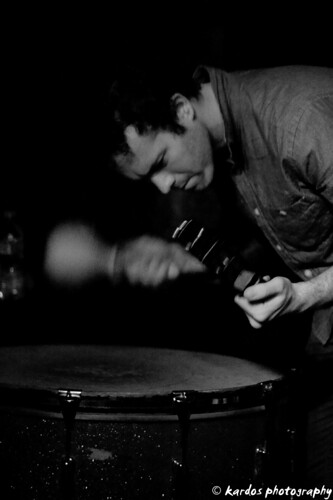 They played a great, if somewhat abbreviated, set. My only complaint? Where was “People, Turn Around?” So many of us were expecting it as the closer that it was a bit strange that they left it out entirely. Ah well. I guess that’s what happens when a band is moving on to new material…

And then it was Dr. Dog’s turn. I half expected a lot of folks to leave after Delta Spirit, and some did, but the vast majority stuck around. And good for them. Because as great as Dr. Dog’s albums are, I forgot how much they absolutely ROCK live. Something you wouldn’t really expect from their summery records, but something you can’t deny when you’re seeing it happen in front of you. 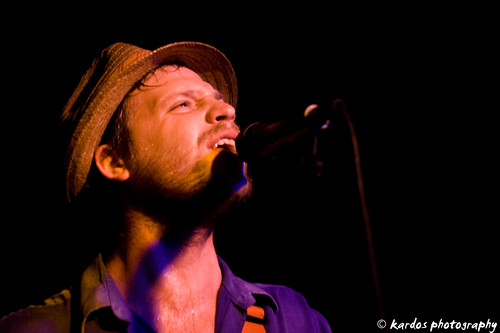 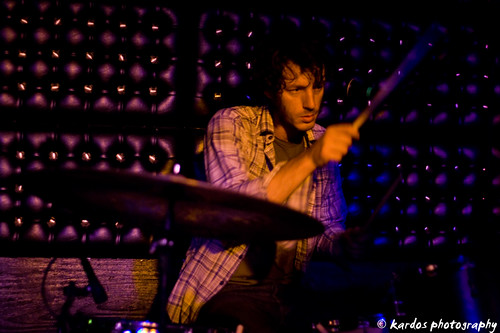 They have this sort of ramshackle vibe to their shows, which is strange considering how tight their sound is. You can tell that they’re technically skilled by how much they manage to jump around on stage, but still always nail their parts. It’s quite a sight to see. And I love how the main vocals are traded around on various songs. 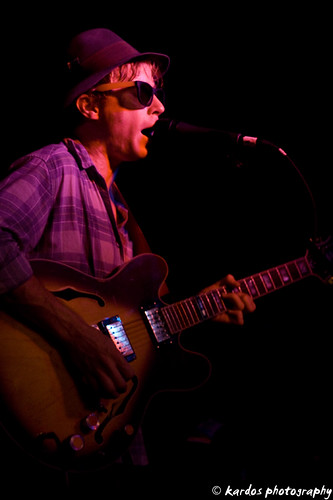 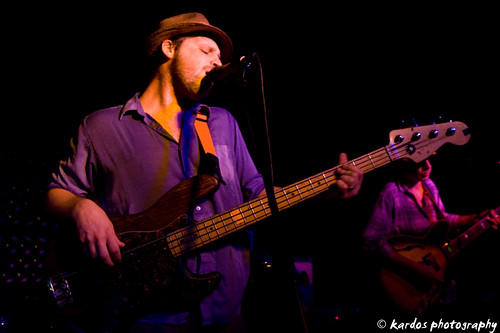 The setlist naturally focused more on material off their new album, which seemed to be what most of the audience was more familiar with. Personally, I’m a lot more familiar with the songs off their previous album We All Belong, and was a little bummed that they didn’t break into “Alaska.” But the set closing trio of “The Ark” (in which they were joined onstage by members of Delta Spirit), “Die, Die, Die” and “The Rabbit, The Bat, and the Reindeer,” made up for it. The last song especially, which ended with a rockin’ instrumental jam. 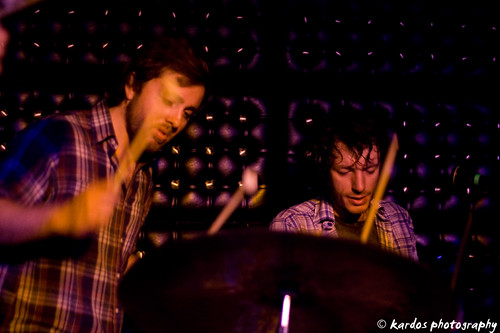 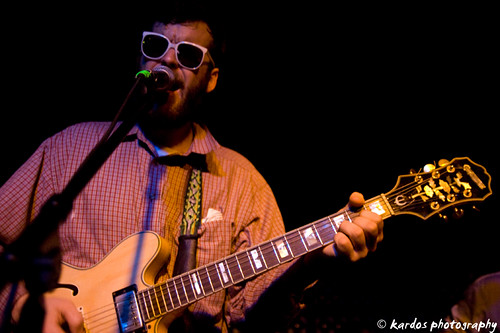 They returned to the stage to play “My Old Ways” and a song presumably called “Fuck It.” People were still yelling for “Alaska”, but when they left the stage a second time and music started filtering over the speakers, it becamse obvious that it wasn’t going to happen. Which, in the end, was fine – I had plenty of their catchy pop songs stuck in my head to last for more than a few days. 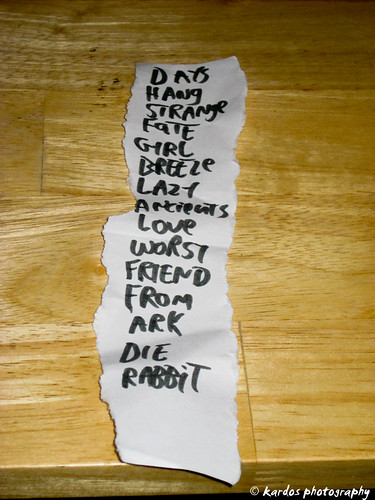