You couldn’t hope for nicer guys than the ones that make up Dynamite Walls. In addition to inviting me out for their CD release party, they gave freely of their food and beer backstage. And not only that, but they put on an amazing show as well. Their music isn’t my normal sort – it’s full of hooks and soaring choruses that my kid sister would love. It’s the sort of thing that usually makes my inner indie snob (which I try to suppress at all costs) sneer. But fuck if it doesn’t get me every time. 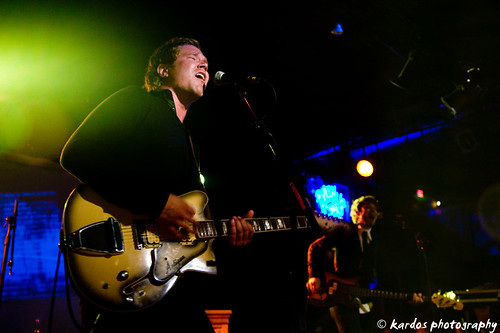 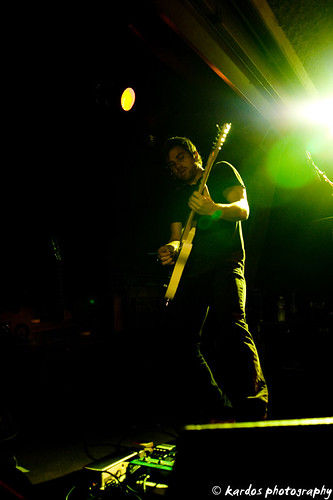 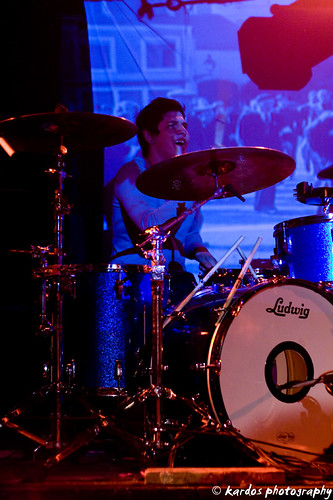 Yeah, they have their share of rabid female fans that go wild when they walk onstage. But they also have a fair share of male fans as well – some of whom were signing along quite loudly last night. And yeah, your mom would probably like them too, but maybe for once that’s something you and her can agree on. These guys are going to be getting some big exposure in the upcoming weeks (hint: check myspace), and I can really see them going places. I can easily see their music translating to bigger and bigger venues. Tom is a natural frontman, but the other guys can hold their own as well. And damn if they didn’t just about sell out the Belly Up last night. For the release party of their first CD. 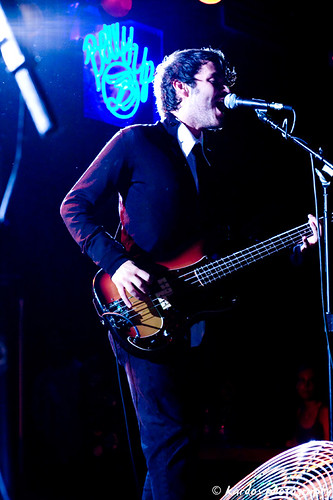 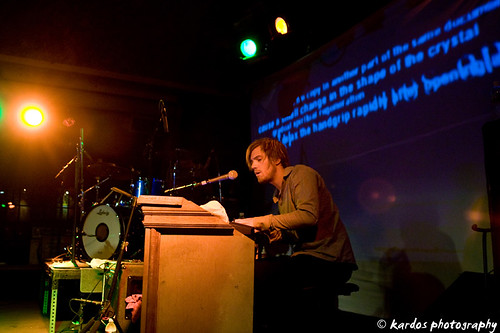 The set was really tight, with the guys bantering with the crowd in between songs. The second to last song that they played was a nice little acoustic number, with one of their friends joining them onstage. During their last song, “Pages,” just about every friend they had in the room joined them onstage – including some members of Augustana. 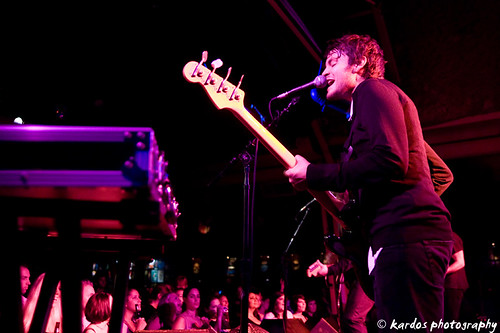 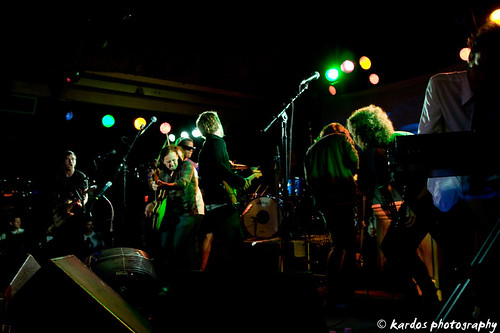 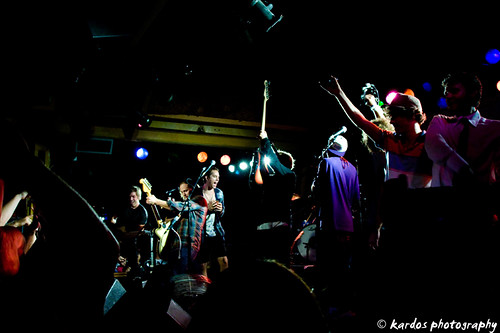 Afterwards, it took awhile for the crowd to disperse, but then we headed over to the Surf and Saddle, where the bouncer had his hands full. First a patron got kicked out of the bar and was harassing people going in, and then a fight/sucker-punch took place because someone didn’t agree with another person’s politics that were written clearly on his shirt. I just got a strange vibe from the bar in general – seemed like an older crowd that was just trying too hard to look younger than they were. But hanging with the guys was a great time, until last call came around and I headed back to North Park with another great night in the bag.