And after witnessing one, I still hold to that statement. However, I did get to see and experience first hand what it is about the live shows that make people go crazy for it. The human element, that warmth that I feel is lacking in the recorded form, is present in the form of the live audience. Ecstacy-induced or not, there’s a tangible happiness that flows from the crowd when the music starts playing.

Unfortunately, this “tangible happiness” made my job of taking photos rather more difficult than usual. Since this was my first assignment shooting for Pitchfork, I really really really didn’t want to mess it up. But the giant glowing cross and the seething audience were doing their best to confound me. But, being who I am, I waded right on in.

Midnight Juggernauts are an Aussie band that were playing their first ever show in the US. They absolutely killed with their version of guitar-synth-drums music, trading vocals and instruments at will. The crowd was just as into them as they were into Justice – in fact some of the people I spoke to said that they were at the show for the opening band, not the headliner. Always nice to see that sort of support for an opener, as opposed to the usual lackluster “we’re just killing time until the real show starts” vibe. Towards the end of their set, I worked my way through the packed crowd to get a spot front and center and capture these shots. 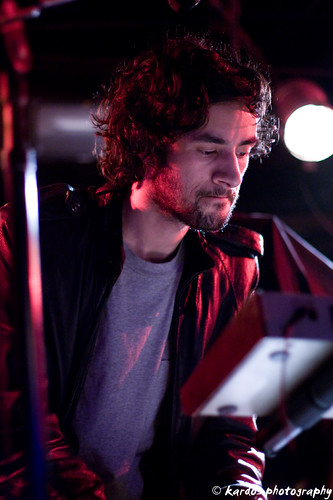 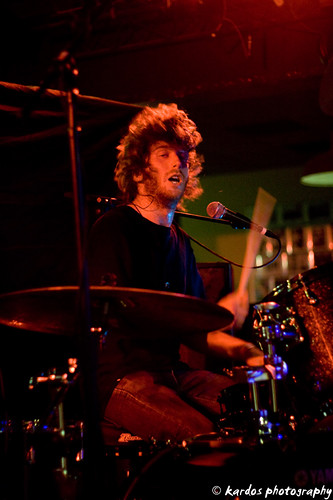 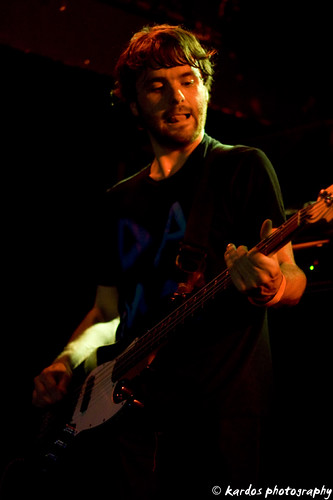 And by the way, this is what happens when someone sweats too much on stage: 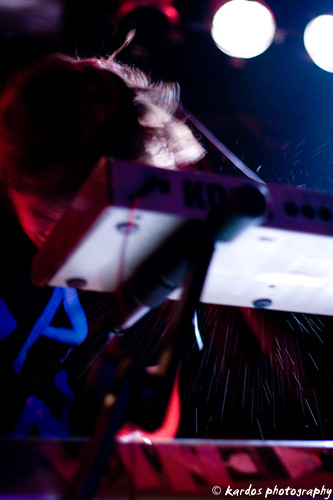 During the break between sets, I got to talking to the guys next to me. They were excited to hear that I was shooting the show for Pitchfork, and even suggested that I stand up on the bass amp that was placed on the floor in front of the stage to take photos. I don’t think security would have been too happy with that (more on the security later), but about 5 minutes into the show, as my shins were getting shoved into the edge of that amp, I ended up kneeling on it. However, I quickly realized that I couldn’t get any decent shots from that position, as Justice’s equipment was stacked too high, so I ended up running across the front of the stage, half-bent over, in order to get around to the stairwell towards the back of the venue. There was no way I was going to try to break through a rave crowd with all my camera equipment on me. But while I was up front, I did manage to get some crowd shots, as well as ones of the huge glowing cross and disco ball: 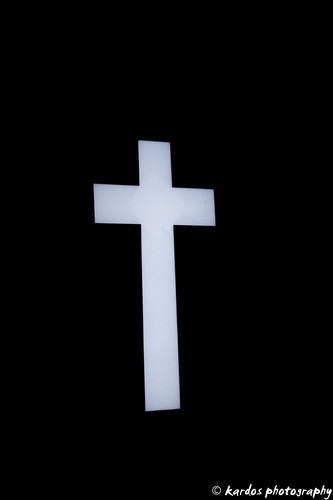 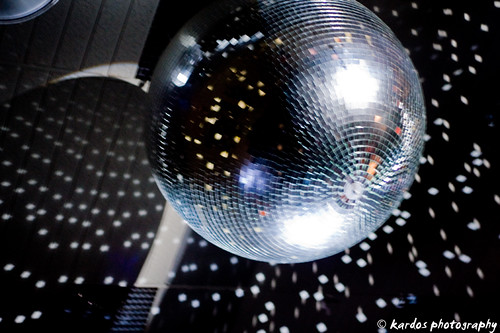 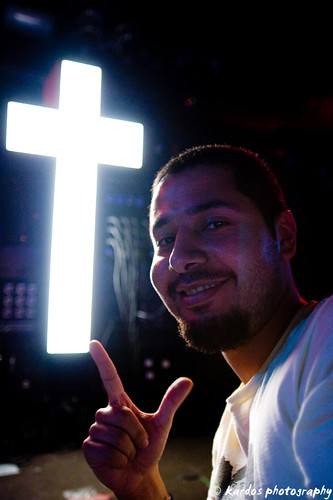 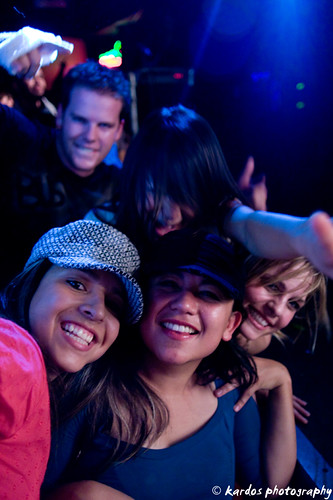 There was a lot more breathing room at the back of the venue, and since I had my photo wristband, security let me hang out on the stairwell for awhile. 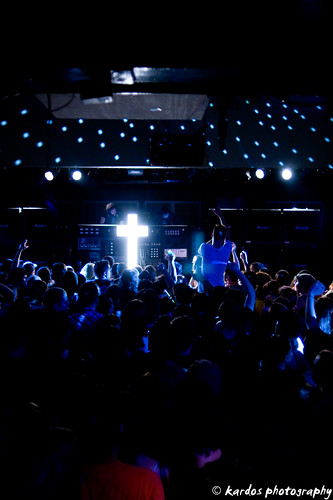 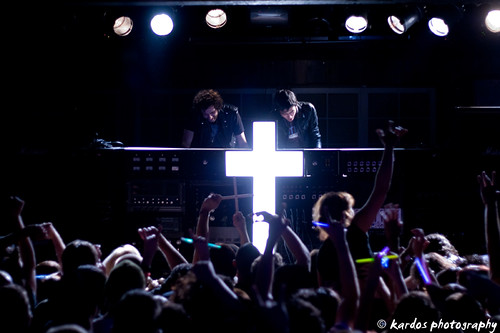 I was thoroughly drained from my experience at the front of the crowd, so I ended up taking a short break to sit outside and look at the ocean while Justice wrapped up their set. There’s not much I can say in words to describe what their set was like – but if you want a night of drug-induced dancing, or pure adrenaline-induced dancing, these are your guys.

I think security at this show was worse than any of the shows I’ve been to at Canes. They were incredibly strict about their camera policy, even making some people delete photos off their cameras when they got caught with them. I hope this isn’t backlash from the Band of Horses affair. I had my wristband checked at least 3 times during the show – as if I’ve be idiotic enough to try to sneak a huge SLR camera into their venue with one. The thing that pissed me off the most, though, was that waiting in line to get, I took a photo of the line of people, because it was larger than any I’ve seen at a Canes show. A security guard immediately walked up to me and said, “Sweetie, you might want to go put that camera in your car,” in an extremely condescending tone. I wasn’t even on Canes’ property at that point. I explained that I had a photo pass that I just hadn’t picked up yet, and he told me to go get it and then double-checked it later when I was further on down the line.

In addition to this, the second anyone crowd-surfed or jumped up in the crowd, the security guards went after them. I don’t really understand what it is about the place, but it’s a bad situation where there is way too much hired muscle with not enough to do during shows, so they get bored and hassle anyone the least bit out of line. Ugh. Almost makes me not want to go to the Hold Steady/Art Brut show there next month…