Show Review: Low vs. Diamond w/ Something for Rockets and Steve Goldberg and the Arch Enemies @ Casbah, 11/1/2007

Photos: Low vs. Diamond w/ Something for Rockets and Steve Goldberg and the Arch Enemies @ Casbah

Halloween was a rough night for me, and apparantly for a lot of other people in town, because the total number of people who showed up at the Casbah last night was about 25. But everyone sure missed out, for reasons I will get to in a moment.

Seeing as how I had maybe 4 hours of uninterrupted sleep on Wednesday night (something that not even a 1 hour nap could cure), I was slightly less than attentive when British Joe and I showed up at the Casbah around 10 PM. The opening band, Steve Goldberg and the Arch Enemies, was still on stage, and we managed to catch three of their songs. The had a quirky sound – instead of having a bassist, they had a violinist who alternated between playing with his bow and fingerpicking. And they completely won me over on the strength of their second song that I heard, which was a cover…of “In the Aeroplane over the Sea.” It sounded wonderful with the violin chiming in, and with the lead singer’s voice sounding remarkably like Jeff Mangum’s. 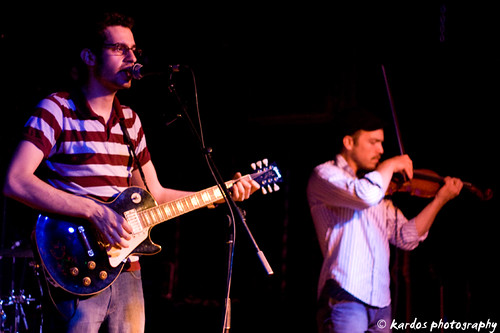 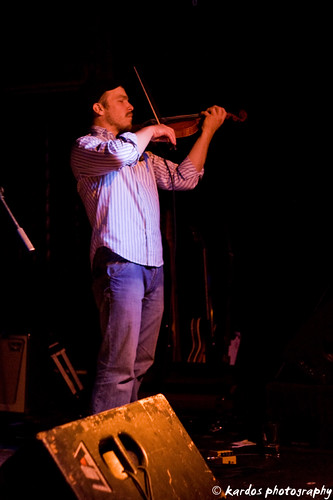 Next up was LA band Something for Rockets, and I’ll just say that I didn’t take many photos of them (actually, I didn’t take that many the whole evening). Maybe it was the band, maybe it was the two drunk groupies – one with ridiculously bleached blonde hair, the other with her ass-crack protruding at least an inch out of her low-rise jeans – but I spent most of their set playing Ms. Pacman and talking about servers and other geeky computer things with Joe in the back room. Sometimes, you gotta love the back room of the Casbah. 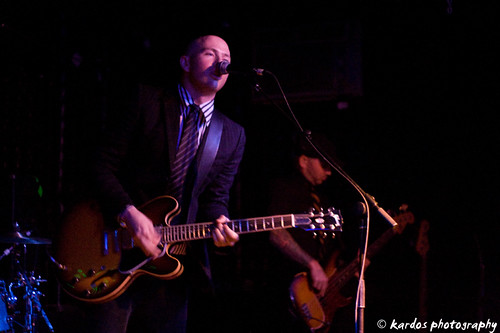 Something for Rockets @ Casbah, shot by Natalie Kardos

The final band of the evening was Low vs. Diamond, out of Silver Lake. Earlier in the evening, Joe had mentioned that he listened to their music online and found it “very O.C.” I’m not going to dispute that here. Their music was a bit more mainstream and readily accessible than I’m used to hearing, so at first I wasn’t entirely impressed, even though the band sounded great. But it quickly became apparent that the lead singer was trying his damnedest to get people involved in the show. 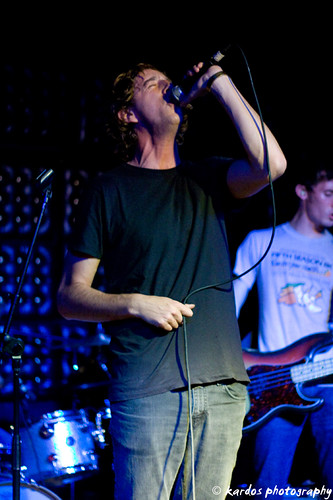 When their first few songs didn’t seem to connect as well as he wanted them to, he started talking to us, telling us how great he thought the band sounded, that it was a special night for them as they were just starting their tour, and how he liked the intimacy of the show. That chat turned into him buying a shot of whiskey for every person in the bar. I shit you not. Twenty-five shot glasses were lined up on the bar, and he actually went around the room, handing out shots to everyone. He finally climbed back onstage, got everyone to raise their glasses in a toast, and then it was down the hatch. 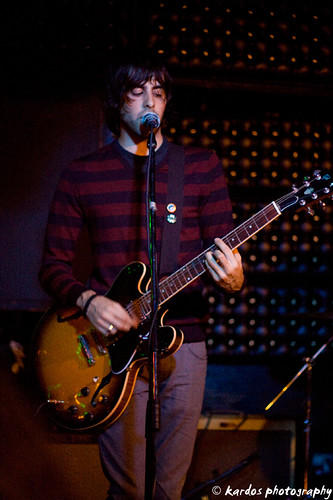 After that, the audience seemed a lot looser, a lot more warmed up to the band, and the band seemed to react in kind. Their songs even began hitting that spot for me. In the end, I would chalk them up there with Dynamite Walls as a band that my little sister would probably love, but that I would also enjoy as well – just as much for the music as for the genuineness of the band members and their willingness to go all out to win over an audience. All in all, it went from being what I thought would be a mediocre night, to being a pretty memorable one. 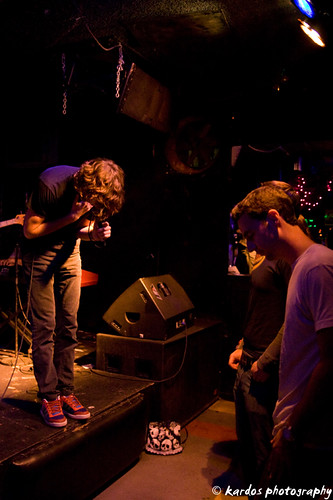