I don’t cover a lot of hip-hop on this site, mostly because I simply don’t listen to much of it. Frankly, most popular hip-hop makes me feel like I’m losing brain cells when I listen to it. I don’t want to hear about somebody’s fantasy of getting with a stripper. Anything with T Pain on it makes me want to claw out my cochleas.

But Lupe Fiasco is different. He’s smart. He refuses to “dumb it down,” to his own detriment, because he doesn’t get a whole lot of radio play. But he does get my respect, for what it’s worth. And he got a sold out Belly Up show last Tuesday night.

Unfortunately, openers Optimus didn’t garner that same respect from me. As far as I could tell, they were a spotty rip-off of Linkin Park – they had that rap-rock down pat. Too bad the members of the backing band looked mildly embarrassed to be on stage with the three MCs – all save one of which were superfluous. I’m pretty certain that the role of these guys was to just dance around on stage and look like generic jackasses: 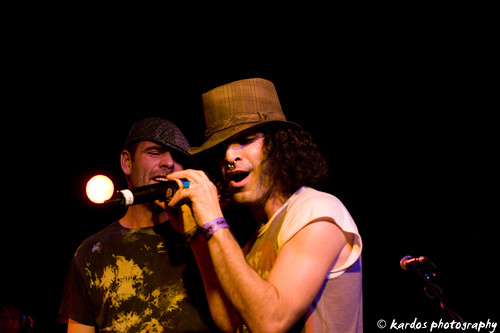 Optimus @ Belly Up, shot by Natalie Kardos
Oh, and on another song, they brought out another MC: 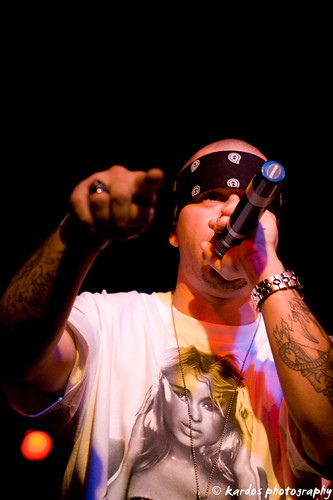 Optimus @ Belly Up, shot by Natalie Kardos
Even more unfortunately, they mixed up their Linkin Park mimicry with some reggae. And then they got all political, talking about making a change in the world. Apparently their way of changing the world was to add another terrible cover version of a Bob Marley song to it. “Waiting in Vain,” no less – couldn’t they have picked an actual political song to cover? That’s the kind of change I can do without, thank you very much. 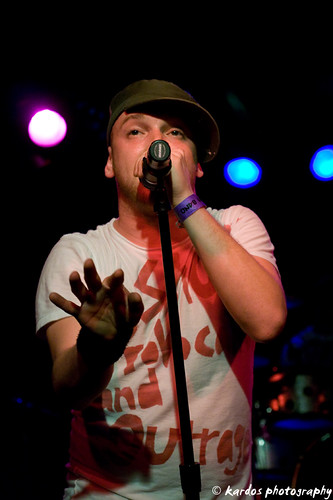 Optimus @ Belly Up, shot by Natalie Kardos
The audience (save for two girls near the front) weren’t really feeling them either. At one point, they let the crowd know that they were “handpicked by Lupe” to open on all the dates of his national tour. To which the guy next to me replied, “His mistake!” I couldn’t agree more. 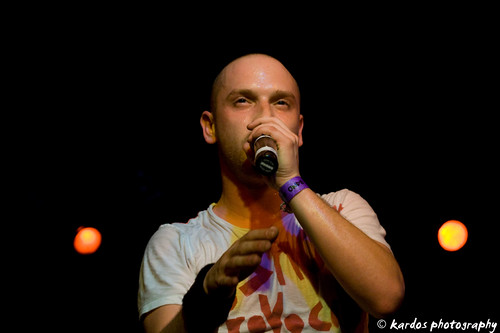 Maybe it was a need to distance himself from this shoddy band that prompted the long set change before Lupe walked on stage. All they did to the instruments was to mess around with (and maybe change?) the cymbals on the drum kit, so I don’t know why that took 45 minutes. But it was definitely worth it. 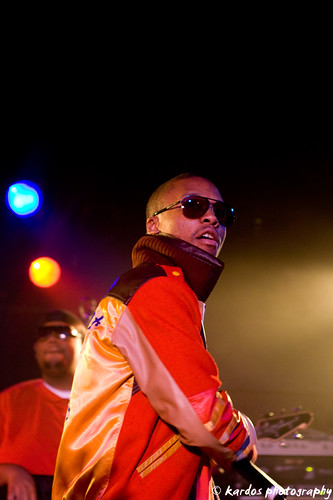 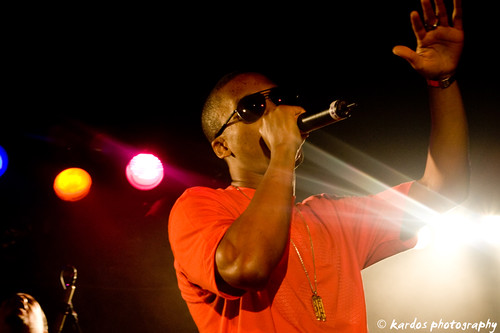 Lupe walked on stage to the cheers of the full-house crowd, and immediately launched into a string of songs from both of his albums. About midway through he touched on “Kick Push,” which really got the crowd going. Another highlight was “Dumb It Down,” which had Lupe battling with Gemstones over the intelligent content of his songs. 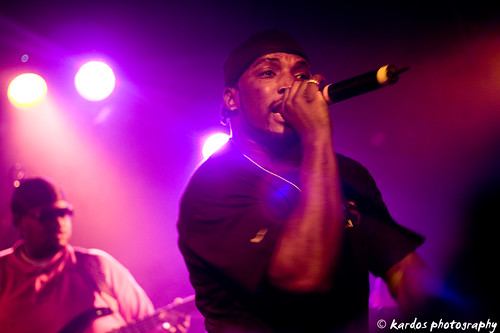 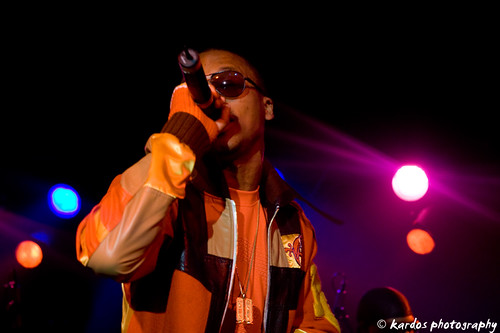 But by far the best part of the night was the closing song (can you guess what it was?). The song prior to it had some issues with bass levels – it was turned up so loud that it was actually making me physically nauseous. I wanted to get further away from the stage and the source of my discontent, but the crowd was still packed in tight. And I’m glad I didn’t move, because the next (and last song) was “Superstar,” complete with Matthew Santos singing the ultra-catchy hook. The crowd went off – jumping up and down, hands in the air. It was incredible to be in there with everyone, and in between the jumping and hand-waving, I managed to snap a few more photos. 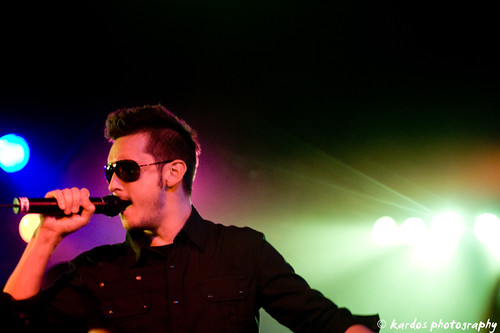 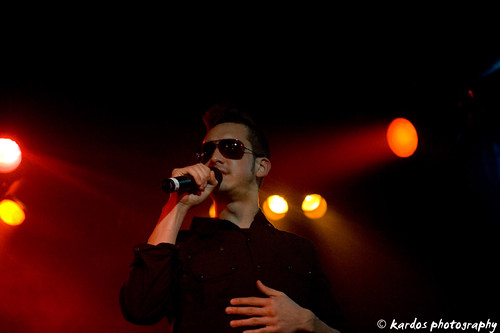