My ticket karma has officially run out.

I had a feeling that it was running pretty low on Sunday, when Joe and I must have managed to get two of the last remaining tickets for the Pipettes show.

So as I was surfing the web yesterday, reading show reviews for Menomena, I couldn’t help but notice that every single review mentioned 1) how hot the venue was, because 2) the show was sold out and the room was packed. As waves of paranoia hit me, I went online and purchased a ticket for the show in advance. No way was I missing this one.

But at the same time, I felt a little silly for thinking the show would sell out. In San Diego. So I didn’t mention anything to Joe, who was on the fence about going anyway.

After leaving work at 8 PM (11.5 hour workday – awesome!), a quick shower, and a bite to eat, we headed down to the show, even joking about what would happen if we got there and it was sold out. Would I drive Joe back home? Would he take a cab? Would I give him my car keys and find my own way home? As we get to the door, we were behind two guys who were trying to get a refund for a friend’s ticket. The bouncer wouldn’t buy it back, though, and suggested that he try to sell the ticket at the door. Just as I asked the bouncer if the show was sold out (to which he replied affirmatively), the guy in front of us turned around and asked if we needed a ticket. “Actually, yes.” Phew. That was a close one. I better play it safe from now on.

Anyways, in all the confusion and lateness of the evening, we managed to walk into the Casbah during what must have been All Smiles’ last song. We missed that one entirely as we made our way to the back bar. Drinks in hand, we scouted out a spot up front while the band was setting up. And oh boy, we were in for a treat.

Menomena is a difficult band to describe, as I’ve already noted in a previous post. There is no genre that can contain their musical antics. If forced to pigeonhole them, I’d probably go with experimental jazz, not in sound, but in philosophy and spirit. Take a bunch of truly talented multi-instrumentalists, a blazing-hot drummer with schizophrenic limbs, and then let them do whatever the hell they think they can get away with. 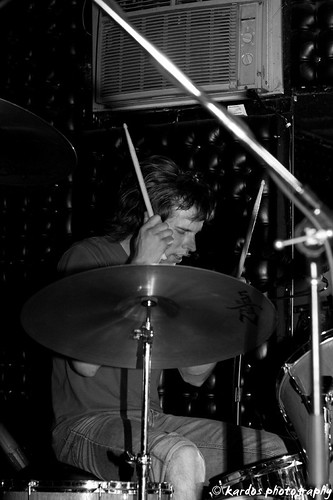 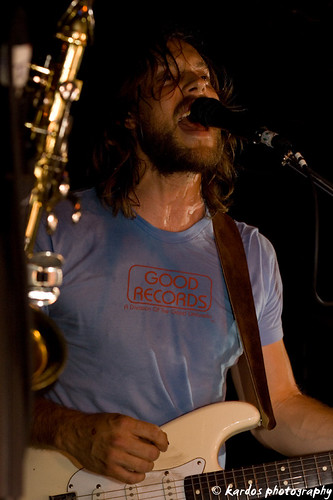 And oh god, does it work. They all sing, they all play multiple instruments, they all pour everything they’ve got into their live show. Even though it’s impossible to replicate all the instrumentation on their albums during a live show (without adding a significant number of band members, that is), I didn’t have any problem with how the songs came across. 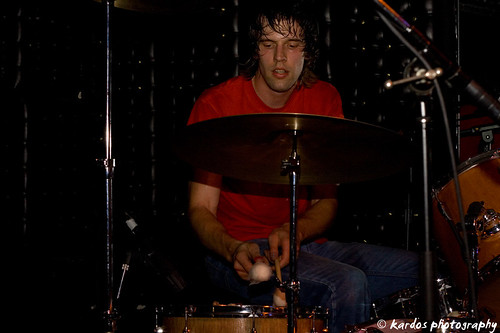 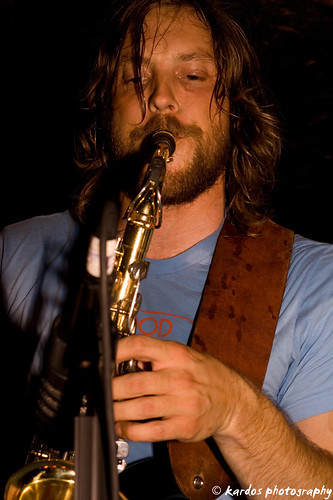 Their setlist consisted of a pretty equal mix of songs off of Friend and Foe and I Am the Fun Blame Monster. The crowd was really into them too, although that was apparent more through vocal enthusiasm than physical movement, this being the Casbah and all. 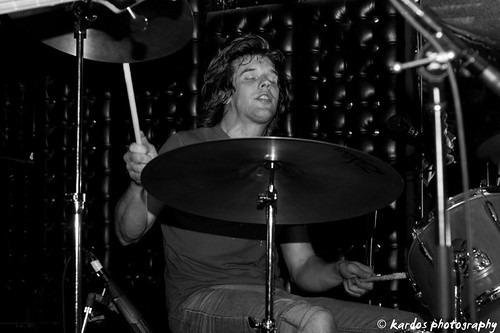 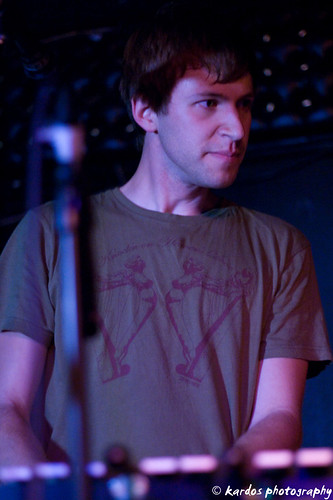 An interesting thing to note is that they bring their own sound guy along on tour. I guess with so many instruments and mics on stage, it’s almost necessary. I’m kind of glad too, since the Swedish Models were complaining that their sound wasn’t mixed right on Tuesday night, and Menomena has more stuff going on during the show than the Models do. 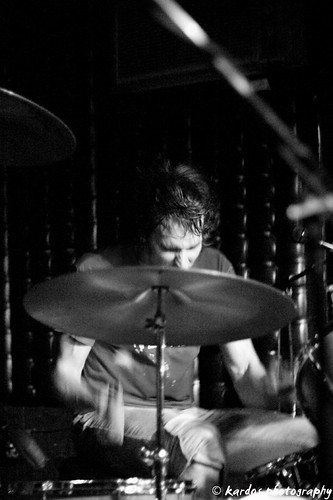 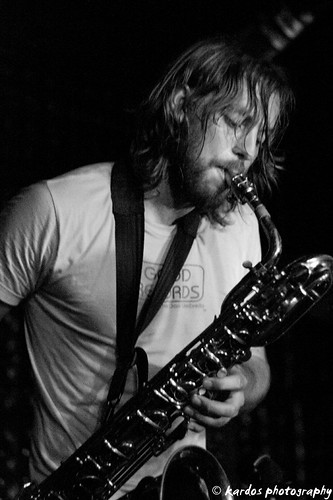 After they left the stage, a James Brown song came on, but no one left because the house lights never came up. I don’t think the band had planned on doing an encore, because even after they came back in, they stood deliberating about what to do. They also had to track down their keyboardist, who, according to himself, “sold two t-shirts while you guys were messing around,” to which the lead singer remarked, “He probably even got a blow-job while he was at it. He’s a fantastic multi-tasker, you know.” To be in that band, you really do have to be good at multi-tasking. Even when blow-jobs aren’t involved. 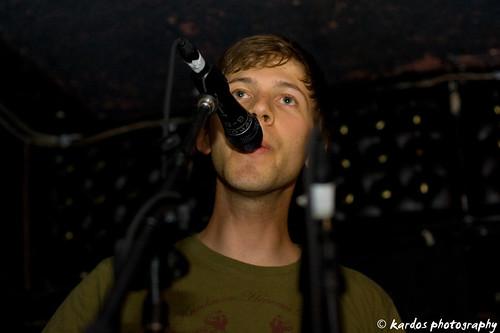 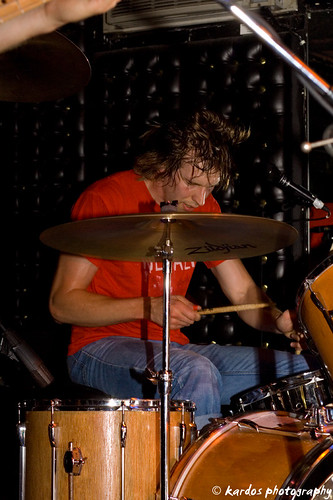 They ended up playing a two song encore. Both songs must have been older, because I didn’t recognize either one, although the last one managed to start off jazzy and melt fantastically into a noise/metal rock out. All in all, it was a great time and I was glad I pushed my tired ass (and Joe’s as well) out the door and to the show. Make sure to catch them next time around, and if they’re playing the Casbah, get your tickets in advance.

Here’s the setlist, which I managed to snag before a bunch of people came looking for it: 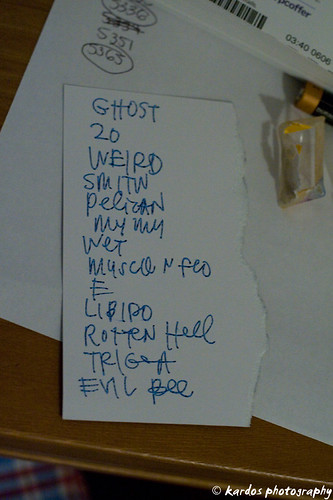 Anyone else think the keyboardist sounds like Britt Daniel of Spoon on Evil Bee? Or that the keyboard line and chorus of “Rotten Hell” sounds like the “Welcome Christmas” song from The Grinch Who Stole Christmas? Damn my associative memory!

The rest of the photoset is here. I think I finally managed to figure out how to use flash in the Casbah – don’t use much, aim it slightly higher than the performer, and diffuse it a bit. I was happy with how it worked out in these shots, and the fact that it let me shoot at 400 ISO. They look so much prettier that way.