I’ve been struggling to write this show review for a week. It’s not that I didn’t enjoy Mono’s show at the Casbah. It’s just that it was a post-rock show coming two days after I saw Explosions in the Sky, and it was the 4th show I’d been to in as many nights. Also, the ambient electronic music of their opener kind of turned me off to the show right at the outset.

That being said, Mono put on a solid set. They played intense mathy post-rock under the dimmest lighting I have ever seen at the Casbah (which made photography pretty much impossible). Their setup was similar to EITS – two guitarists, a bassist, and a drummer. However, they differed from EITS, who usually have two guitar melody lines intertwining instinctively. Mono had distinct rhythm and lead guitar parts, and they worked well together, but somehow, it just wasn’t as special as the EITS show. I guess it engaged me more mentally than emotionally, which is not necessarily a worse thing. It’s just that emotional intensity is much easier to appreciate than mental intensity. 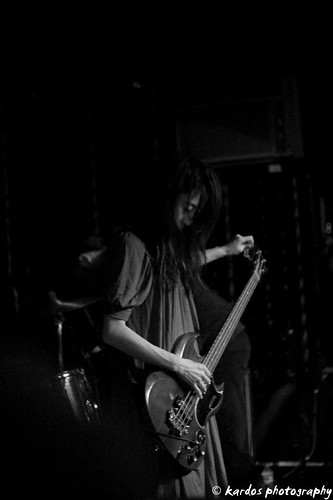 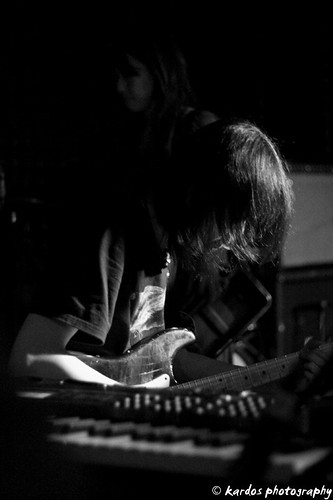 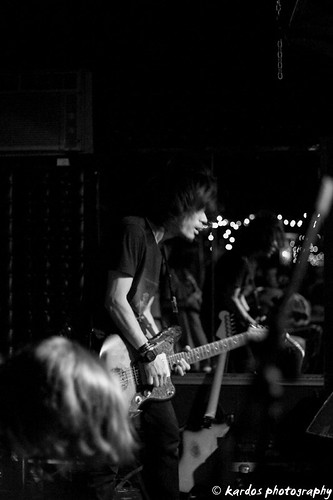 I was not very familiar with Mono before attending their show, but it seemed that I was in the minority of the crowd in that respect. I was expecting a pretty empty Casbah, as it was a Sunday night, and I was looking forward to sitting around and chilling with Brian while listening to their music. However, such was not the case. The place was jam-packed with more Asian hipsters than I have ever seen in a room together. The band never addressed the crowd, and it seemed that they didn’t have to. Most people were really into their set and seemed to be thoroughly enjoying it. Unfortunately, it was all a little too much for me to deal with coming off such a run of concerts and nights out, so I headed out around midnight. But like I keep saying, the band was good – if you’re into post-rock you should check them out.