It’s a strange thing with Nada Surf. People who like indie rock either love them or hate them – there’s usually no in between. People who hate them say that their music is either too simple or too cheesy or something along those lines. People who love them…well, I’ll get to that.

The more that I listen to their music, the more I realize that it’s not as simple as it sounds. The vocal melody is always strong and sweet, especially when combined with the harmonies provided by the other band members. But the underlying chords often contain a significant amount of dissonance, which is easiest to hear in songs like “Your Legs Grow” and “Blizzard of ’77.” And sometimes it’s even more complicated than that – sometimes the dissonance lies in the interplay of the vocal line and the guitar chord. I first caught on to this when I checked out the guitar tabs for “Your Legs Grow,” thinking it would be an easy song to learn to play. Instead, my response was more along the lines of, “WTF are these chords?”

And the thing about their songs being cheesy? Alright, I will admit that they have some songs that are on the border of that realm – songs like “Inside of Love” and “Always Love.” But they manage to retain their dignity due to the simple fact that they’re so goddamn sincere. And maybe you have to see them live to really get the full sense of that sincerity. Which I have – four times now. Once at the SDSU Open Air Theater for the FM 94.9 Independence Jam a few years back, once at the Casbah, once at the Price Center at UCSD, and then last night at the House of Blues. And every time I see them, I walk away a little bit stunned by this little band that just keeps getting bigger (and rightfully so).

I showed up at the House of Blues last night a little later than I wanted to, on account of not leaving work until 7. It took longer than it probably should have to pick up my photo pass and a ticket for The National’s show in May, but then afterwards we ran into Matthews Caws hanging out on the sidewalk. Rosey decided to make friends, so we chatted for a few minutes, and then went through the rigamorale of security guards in order to get into the venue. I mean, really, you can’t have the person checking IDs also give out hand stamps?

However, once we got inside, all was forgiven. Unlike the last few all-ages shows there, the bottom bar was open, which was nice, even though I never end up drinking there ($$). It was a little disappointing that there wasn’t a photo pit as per usual, but we just found a spot on the side of the stage where Matthew usually stands. And once they came out, I was immediately reminded of how good bands always look and sound there. The lighting is just amazing, and yeah, that’s a treat for me. 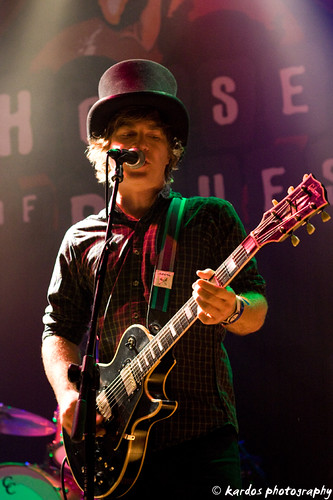 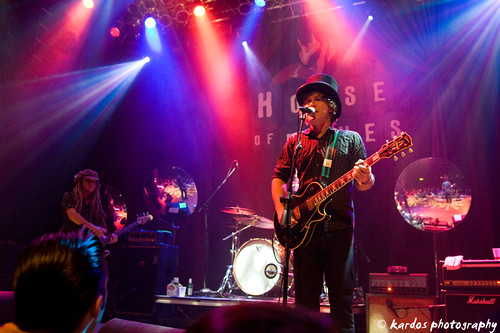 The band played a wide variety of songs gathered mostly from their newest release Lucky and Let Go. I loved every minute of it, singing along and rocking out with a huge grin on my face, even when I was taking photos during the first three songs. They opened with “Hi-Speed Soul,” which is coincidentally the name of the record label started by Heather and Eric, the owners of M-Theory Records (who also rereleased Nada Surf’s Karmic EP a year or two ago). 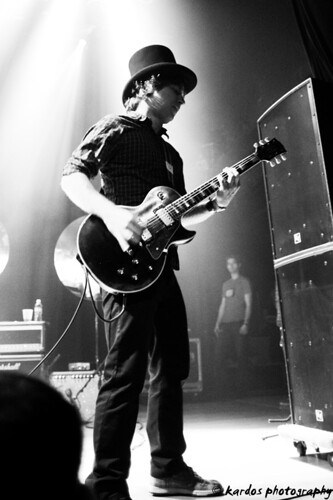 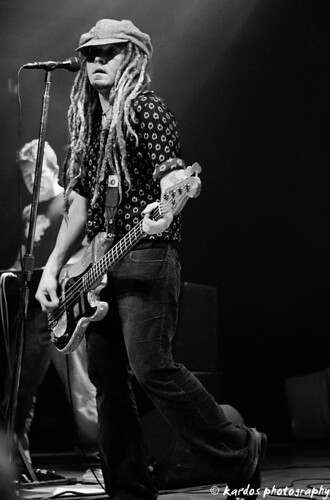 My personal favorites, though, were “Killian’s Red,” “I Like What You Say,” “Are You Lightening?” “Blizzard of ’77,” and “Blonde on Blonde.” “Inside of Love” and “Always Love” were also incredibly special due to the crowd singalongs and “audience participation” – during “Inside of Love,” Matthew instructed us all to step side-to-side for the whole song and clap during the chorus. And everyone did! At one point, I looked in the large convex mirrors they had set up on stage behind them, and it was just amazing to see the whole bar swaying back and forth. 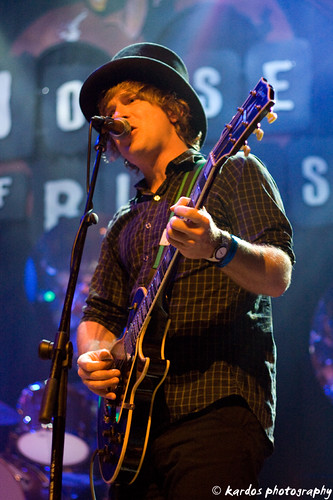 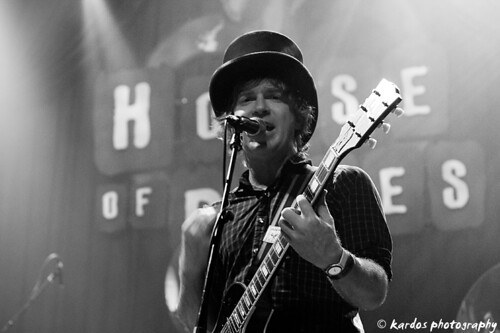 And speaking of audience participation, during the encore closer of “Blankest Year,” both Matthew and Daniel were encouraging people to get up on stage with them. Mind you, the stage at House of Blues is a little high to just jump up, but we did anyone. I say “we” because I too made it up there. Now, I’ve been backstage at HOB before, but never ON stage. It was a great end to such a cathartic show. 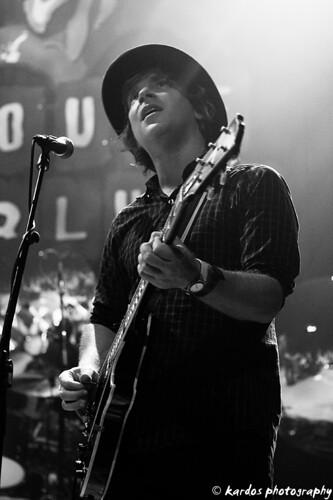 And then there was the after party. Probably not the best decision for me, since I’ve now been on campus for over 11 hours today, and am planning on being here a few hours more to catch Bon Iver at the Che Cafe. But I don’t regret it at all. It was great to finally meet M-Theory owners Heather and Eric, because, as I told them, “I spend about half of my paycheck in your store.” I managed to squeeze in a few words with Matthew, who was sweet enough to buy me a drink (I also bought him one later – gotta support the touring bands, right?). 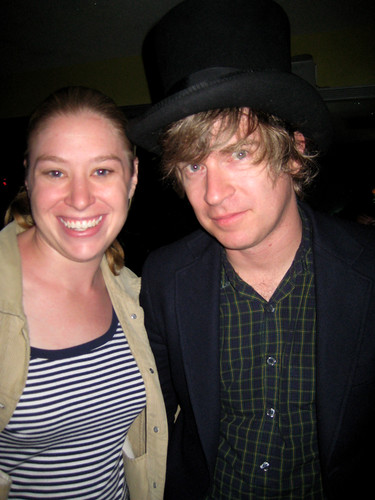 Me with Matthew Caws of Nada Surf

And then the little group of us – me, Rosey, Matthew, Eric, and Heather, ended up dancing for most of the rest of the night and ended up shutting down the bar. I’d have to say it was one of the best shows I’ve seen in awhile, and one of my best night in awhile, period.