When I walked into the sold-out Okkervil River show at the Casbah last night, I was kind of glad that I had missed the opening act in favor of a short nap in a fan-generated breeze. Ventilation at the Casbah consists of one fan that hums a consistent F note (as pointed out by Jonathan Meiburg during the band’s set). Still, I was happy to be in that room with sweat constantly running out of all my pores – so many I didn’t know existed. 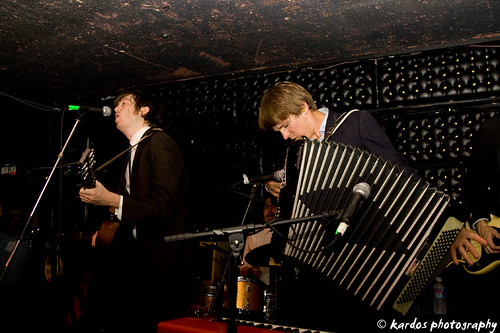 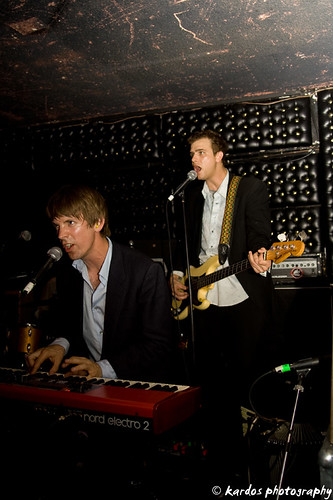 Okkervil River’s set focused a lot on material from their new album, as could be expected, including standouts “Unless It’s Kicks,” “A Girl in Port,” and “Our Life is Not a Movie or Maybe.” Maybe it was the heat in the room, or the fact that it was a holiday, but it seemed to me like the band didn’t really hit their stride until “Our Life…” which was about five songs in. That’s when Sheff’s voice really let loose, and it converted well to a live setting. 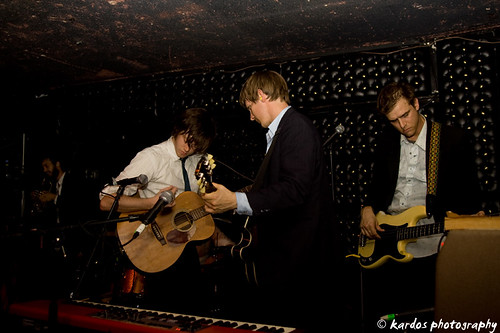 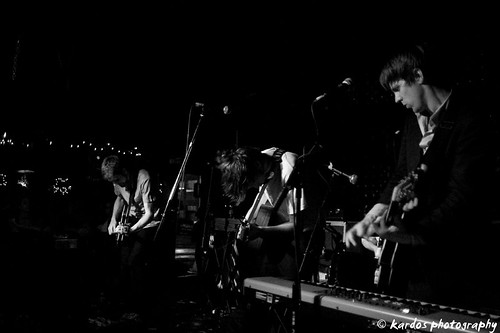 They also touched upon some older songs, such as “Black” from 2005’s Black Sheep Boy and “Red” off of Don’t Fall In Love with Everyone You See. However, the highlight of the evening, for me at least, was their encore performance of “John Allyn Smith Sails.” The descent into “Sloop John B” really killed live, and Sheff and his bandmates really threw everything they had into it. As much as most of their music is made for rainy, chilly days, it still came across exceedingly well in a room that was at least 95 degrees and packed with people. Any other night, I would have been complaining about the lack of lighting on the stage, but I could completely understand not wanting to make the performers any warmer than they already were. I ended up busting out the flash for most of my shots, and I was glad I brought it along.