Last time I saw Okkervil River, it was a sold-out Casbah show in the middle of a heat wave, meaning it was probably 100 degrees inside the venue and, as my friend Jeff said, we were “swimming in the sweat of indie rock.” Understandably, the show was a bit more subdued than I had hoped, although the band still sounded great.

Fast forward a year. Still locked in the middle of a heat wave (95 degrees in San Diego, wtf?), but this time they’re playing the Belly Up. Not that it wasn’t pretty warm and sweaty in there, but it was nowhere near as bad as their previous show.

Zykos opened, and prior to their set the only familiarity I had with them was the Okkervil River song “On Tour with Zykos.” They sounded really good, and it wasn’t hard to tell that they had their roots in the Austin music scene. Sadly, while I was back at the merch table grabbing both a Zykos and Okkervil River shirt, I got into a conversation with the merch guy who told me that Zykos was only playing 2 more shows before breaking up. The usual story of people having real jobs and finding it hard to take time off to tour and support their record. Quite unfortunate, but I felt priviledged to get to see them. 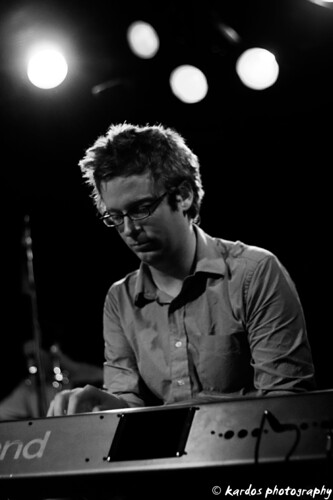 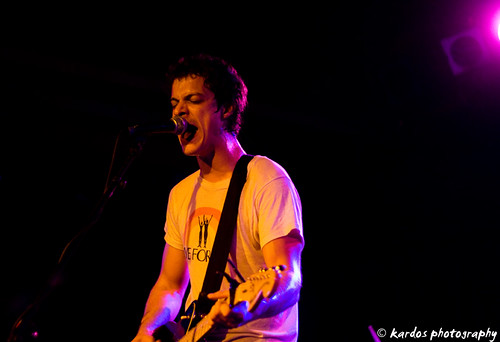 Before they finished, Will Sheff of Okkervil River came on stage to help out on a Dylan cover (I forget which song). It was nice to see the two singers having so much fun onstage. 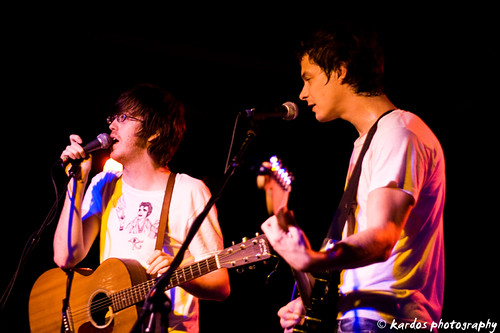 Next up was Sea Wolf. It was my third time seeing them, and while they’re fun to listen to, I don’t really get what all the hype is about. I really like “Middle Distance Runner,” but the rest I could give or take. 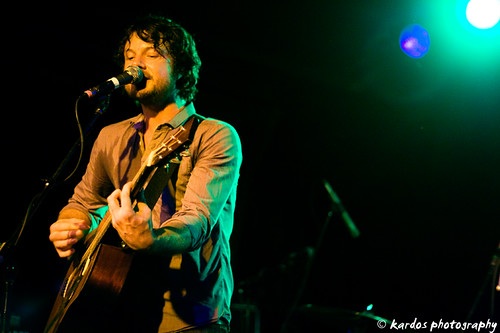 Finally, Okkervil River, minus Will Sheff, took the stage. The bassist came up to the front mic and explained to the crowd, “I’m sorry folks, but Will Sheff couldn’t be here tonight. He had to fly back to Washington to fix the financial crisis.” (Keep in mind that this was the day that McCain had suspended his campaign to supposedly do the same.) As the crowd broke into laughter, Sheff bounded onstage and revealed, “I fixed the problem. We just forgot to carry a one.” Too cute. 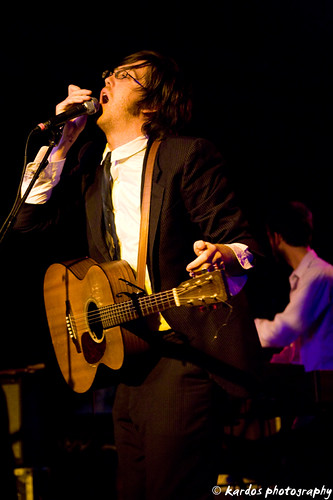 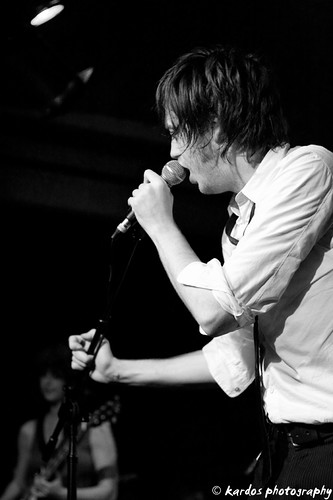 And then they launched into one of the best shows I’ve seen all year. Maybe it’s just because I’ve felt a huge connection with their last two albums, but Sheff and company really put everything they had into their songs. I was right up front dancing, singing, and snapping photos galore. It was cathartic to say the least. 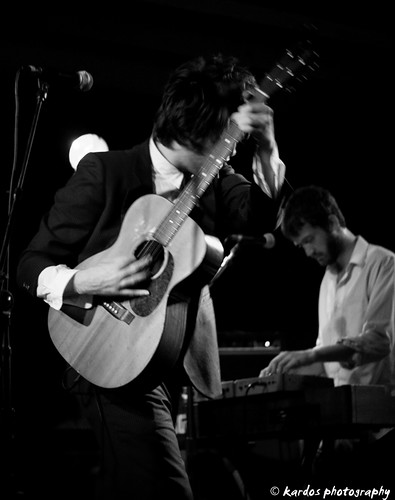 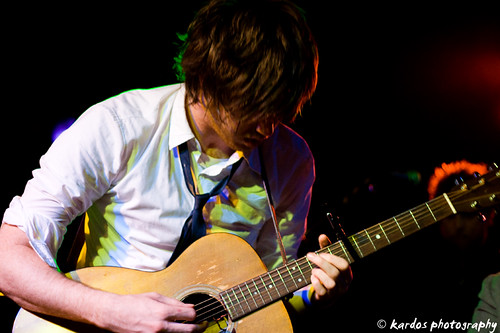 “Black,” in particular, was killer. I remember turning around afterwards, a huge grin on my face (few things in life are as cathartic as yelling out, “You should wreck his life/the way that he wrecked yours”) only to see P, looking shell-shocked and blown away by it all. And then there was “Unless It’s Kicks,” with the following lyrics that really hit home that night:

What breaks this heart the most
Is the ghost of some rock and roll fan,
Exploding up from the stands
With her heart opened up.
And I want to tell her, “your love isn’t lost,”
Say, “my heart is still crossed,”
Scream, “you’re so wonderful,”
What a dream in the dark.

Absolutely great set closer. And then they returned for a three-song encore which included “A Girl in Port,” which I managed to take a shaky video of. Enjoy:

Like I said, one of the best shows I’ve seen all year. I’m solidly in love with Will Sheff right now, and I’ve been revisiting their three most recent albums almost continuously in the weeks since. 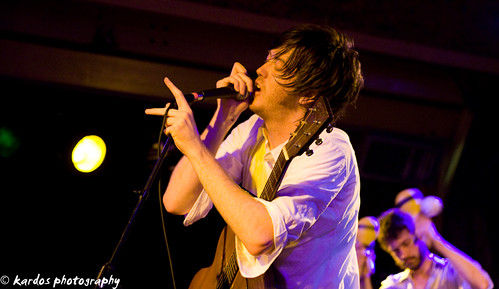 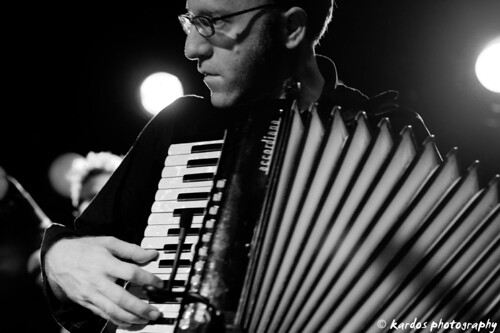 Here’s a photo of the setlist: 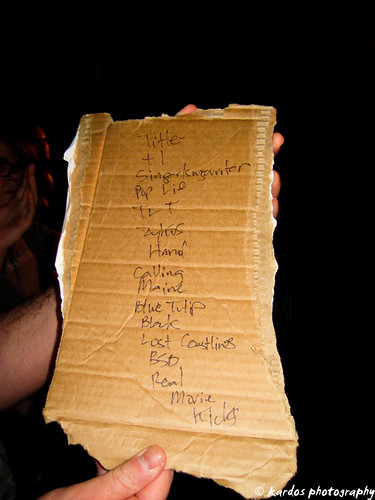 And on a completely dorky side note, for the past year or so, my text message ringtone has been the closing phrase from “Unless It’s Kicks,” – you know, that part where Okkervil River decided to show The Strokes that they could play that game too. It still makes me smile every time I hear it.

And oh yeah, this might be the best photo I have ever taken in my life: 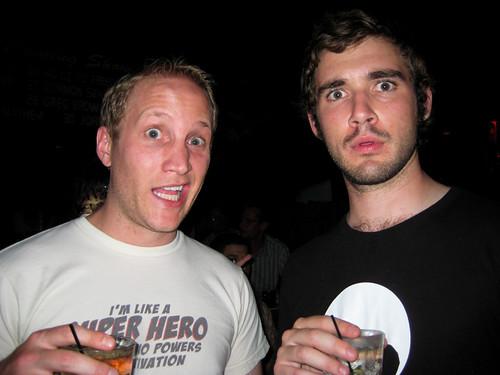