If my mom had been down at the Casbah on Wednesday night, she would have said pretty much the same thing to every member of every band that played: “You need a haircut.”

Now, my mom’s opinion of haircuts and my own opinion differ greatly – I’m kind of a sucker for the “indie rock haircut,” as one of my friends calls it. As long as your hair’s not longer than mine, which is getting pretty hard to do these days. And long hair makes for some sweet action shots.

I made sure to make it out to the Casbah early that night, even though that only meant an hour at home between work and play time. The reason for this was that the Swedish Models were opening the show. Yes, it’s true that Dusty hooked me up with my ticket, so out of courtesy I would have been there for their set anyway. But even more than that, I didn’t want to miss a single song of theirs.

That night was their fourth show ever. By some weird twist of fate, I’ve managed to see all of those shows, except for their debut. Wednesday night was definitely their strongest set so far. It’s amazing to me to see all of these guys on stage, trading instruments and playing extremely well together after so few shows. Granted, all of them were/are in other local bands. But even so, this group is tight. I have no idea how they manage to maneuver around on stage without tripping over instruments – even changing instruments in the middle of a song! I’m talking about getting up from a drum kit and moving to a keyboard too, not just switching guitars. Natural grace, perhaps?

But I digress. If you can’t already tell, I really really really liked their set. And so did the crowd, judging by the number of people who ended up watching them by the time their stint was over. I’m talking about going from a handful of peo0ple (mostly friends?) on the dance floor, to a pretty crowded floor by the end. Great to see for a local band opening up a show on a Wednesday night.

Unfortunately, their myspace page doesn’t have much in the way of songs on it. However, Rosey of SD:Dialed In managed to get some video footage of their song “Victoria Prescott,” and was kind enough to post it on her page. That song’s been playing on repeat in my brain for the last 36 hours, and for once, that’s something I’m happy about.

As I was looking through my photos of the show yesterday, I decided to play a little game, called “How Many Instruments Does Dusty Play?” I counted 6: guitar, tambourine, kazoo (it’s totally an instrument), xylophone, keyboard, and finally, drums. If you got anymore, let me know. 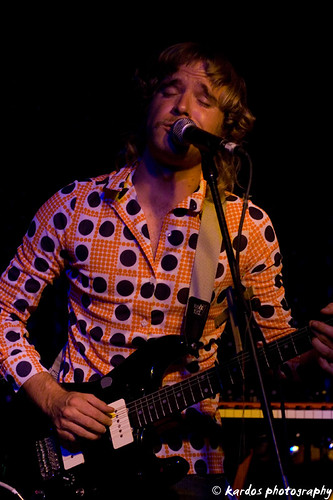 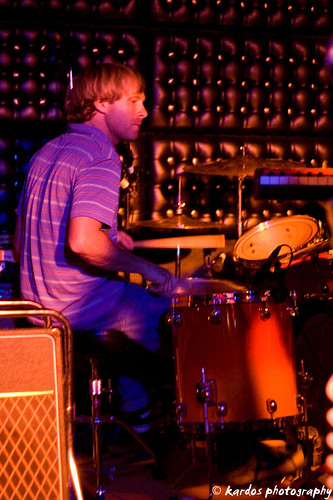 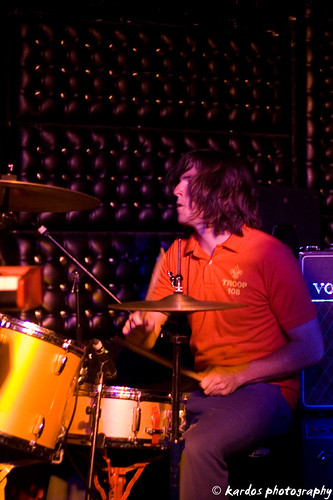 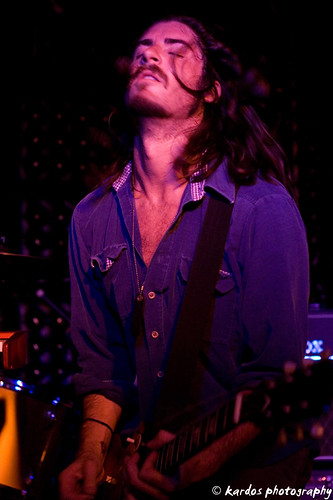 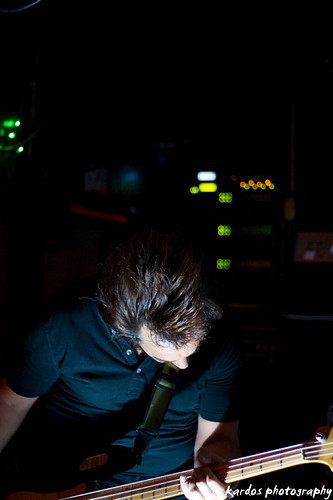 Oh yeah, they had strobe lights for the last song, which gave some interesting photo results. All in all, the lighting at the Casbah was way brighter than usual. Yay for being able to shoot at something other than f1.8 at ISO 1600!

In between sets, I met Molly, another photographer that I’ve been in contact with through Flickr and email. We chatted about some nerdy photo stuff, like how when we go back to our earliest shots we just kind of cringe – something I recently did in an effort to revamp my photo website.

Next up was a band called The Photo Atlas. I didn’t really know anything about them, but Molly told me they were pretty fun to watch and photograph. Hooray for bands that do something other than stand in the same spot on stage!

Their music wasn’t really the sort of thing I would listen to usually. Not that it was bad – just maybe a little too emo-intense for my tastes. That being said, I thoroughly enjoyed watching their set. They did really get into it and move around a lot. But my favorite was the drummer, who definitely could have used a haircut, or at least a headband of sorts: 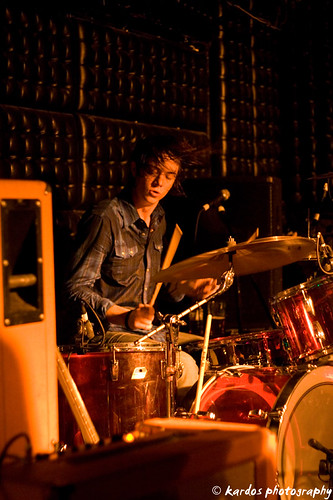 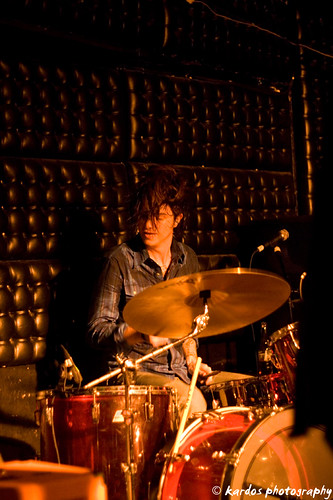 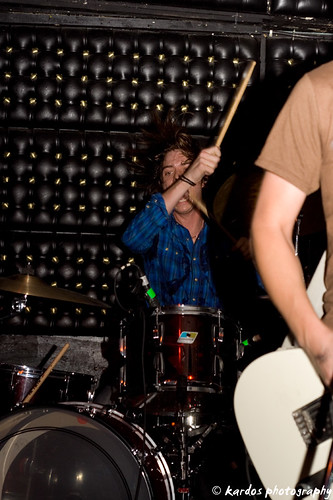 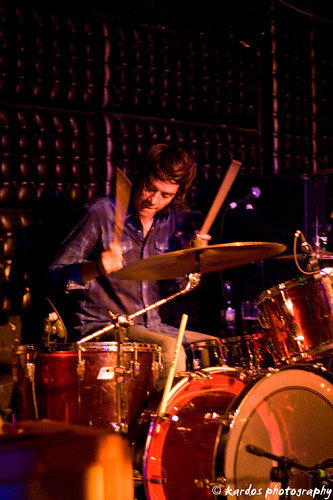 Yeah, I was also playing with my new flash during their set. I’m super happy with it, and I love how it freezes the action. I guess I’ve been a little drummer obsessed lately (at least in terms of photographing them) – probably still riding the high from the Menomena show. But even so, I did manage to get shots of the other band members: 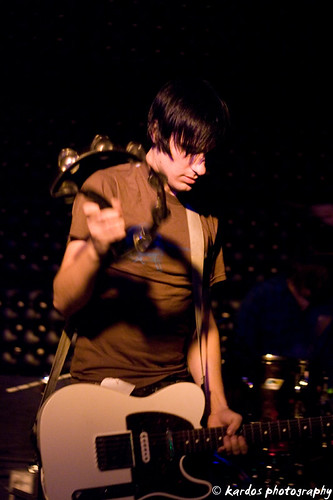 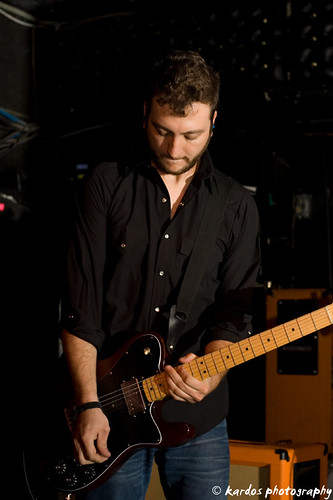 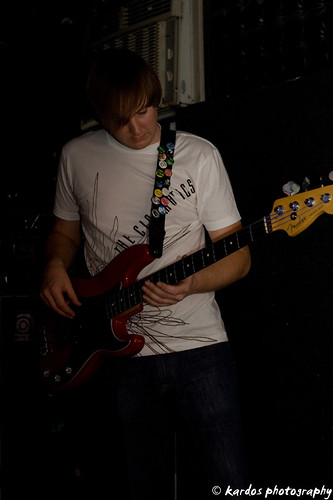 (Note the “flare” on the bassist’s guitar strap. Oh, and he’s also wearing a Cinematics t-shirt.)

Boatloads of more photos are up here. Stay tuned for my Mooney Suzuki post…