Let me just start this off by saying one thing. Do not, I repeat, do not, try to shit talk someone from New York City if you’re from San Diego and too drunk/stupid/whatever to defend your original comment.

And besides that, don’t fuck with other people’s good times. If you don’t think a band is “original” enough, go hang out in the back room of the Casbah, or the smoking patio, rather than stopping the show only to see your foot shoved squarely in your mouth.

I speak, of course, of the mohawk-laden punk who yelled out “Play something original!” to the Mooney Suzuki mid-set last Wednesday night. Rosey’s got video footage of the whole thing…unfortunately all I’ve got is photos: 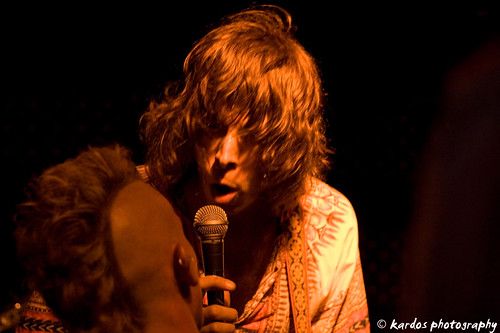 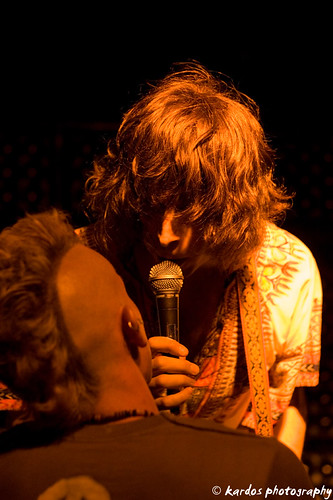 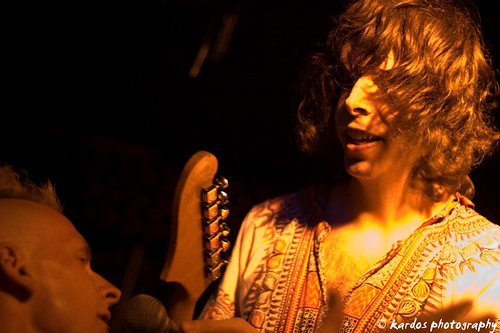 The lead singer of Mooney Suzuki responded by saying, “Yeah, because you’re so original with your mohawk and lip piercing and peace shirt. Do you play guitar? Why don’t you come up here and play some original music then?” He even went so far as to take his guitar off and try to hand it to the guy, who of course by that point had totally misplaced his balls. All he did was mumble in response “…original…” Lame. 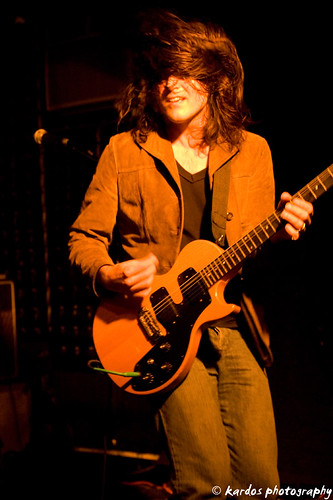 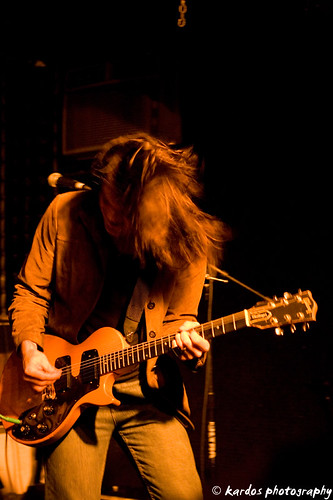 The rest of the set went off without a hitch, with the singer bouncing all over the stage, floor, and even standing on one of the tables near the stage, while his guitarist was writhing on the Casbah dance floor. And by writhing, I mean he was on his back playing guitar. Damn, dude. 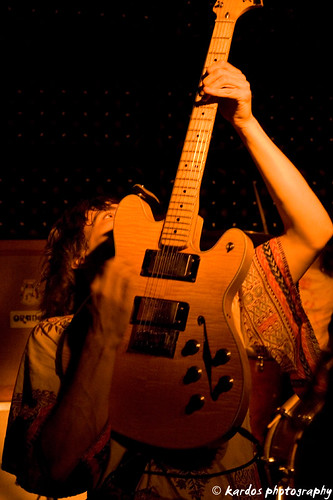 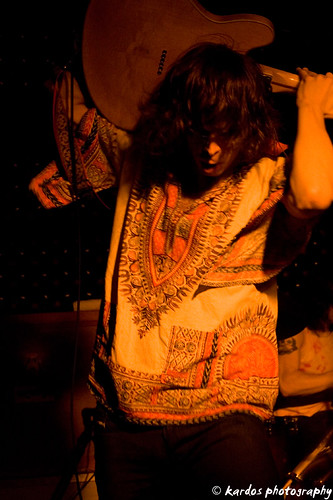 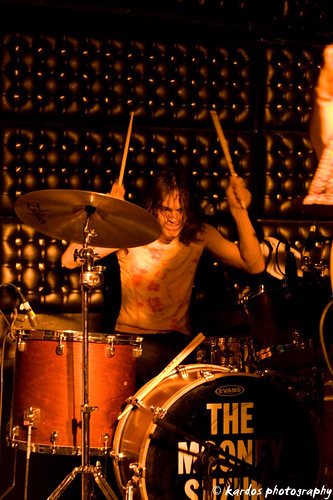 And yeah, it’s standard garage rock, it’s not Sonic Youth/Ray Charles/James Brown original or anything like that, but it was a goddamn good time. I say that even though at the beginning of the set the singer leaped off the stage and pretty much straight onto my left foot, jarring my camera on the way. But it was fine, and I managed to get a ton of good photos, thanks to the bright lights and the “burst” shooting method (i.e. hold down the button while the camera takes a bunch of consecutive photos). 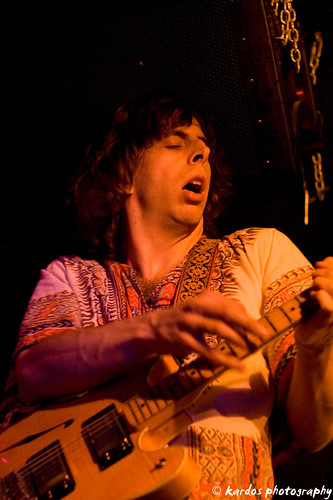 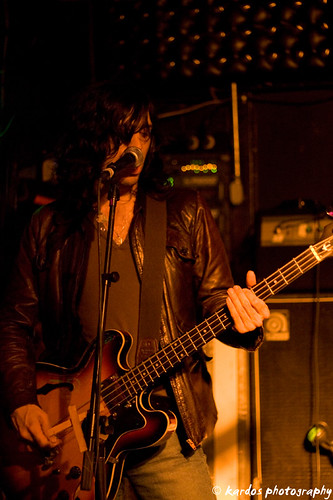 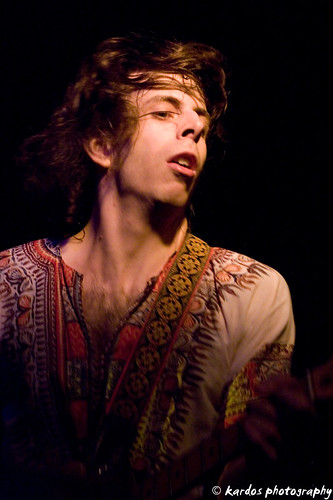 Again, the rest of the photos can be found here. Keep up with the good lighting work, Casbah. All 5 photographers who now show up to most every gig really do appreciate it.