Rosey and I were at TNT checking out The Silent Comedy before this show. Since I wanted to stay for “Gasoline” (there’s something very cathartic about yelling out “I am alright/I am alright/I’m doing just fine,” especially on the heels of my best friend’s mom passing away), we ended up missing both The Frantic Romantics and Sayvinyl opening up the Beauty Bar show.

Boo on us. And boo on the Beauty Bar for only letting Sayvinyl play for four songs. What’s up with that? If your show has to be over early, maybe only book two bands instead of three?

But we made it in time to see all of the Annuals, who sounded just as good as they did at Coachella. Adam seemed annoyed at having to constantly retune his guitars (and then breaking a string), which made the stage banter kind of interesting. They played a good mix of old stuff and new stuff – Lyn’s got the setlist over at her site. And then were done by 11:20PM. Huh.

The lighting at the Beauty Bar was crap, although they’ve moved the two center lights to each side of the stage and added one more. I was lazy and didn’t feel like using flash too much, so I took a grand total of three photos. Here are two of ’em. 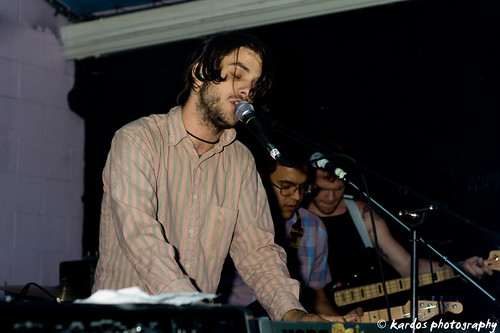 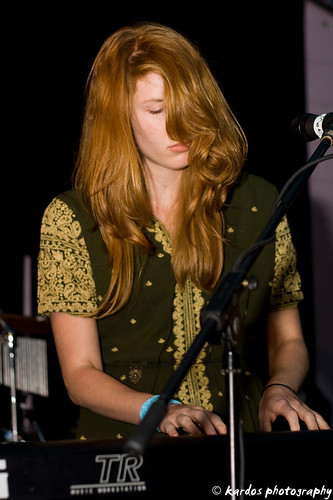 Since I didn’t feel much like taking photos, I got two songs on video instead.

“Sore”:
Even though I was bummed that I missed Sayvinyl and Frantic Romantic, I was kind of glad that it ended up being an early-ish night. Of course, I still ended up doing very little work in lab on Friday, but hey – at least I wasn’t falling asleep at my desk…
Posted in Uncategorized