Photos: The Hold Steady, The Loved Ones @ Casbah

This show sold out in about 3 days, I think. I was smart enough to buy a ticket for it the day they went on sale, because no way was I going to miss The Hold Steady playing the Casbah. I’ve seen them three times already – twice at Canes, and once at the 94.9 Indy Jam (four times if you count an in-store at Lou’s). All three times I had my SLR with me, and all three times I wished I didn’t have the responsibility of taking photos, because I just wanted to let loose. Get drunk, and jump around with the rest of the crowd. 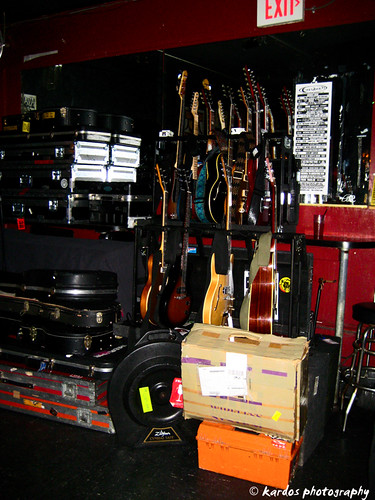 Last night, I accomplished just that. And damn, was it an experience I won’t soon forget – and not just because of the bruises on my knees.

The Loved Ones were the only other band playing that night. They started around 10PM, and at that point I already had three drinks in me. I twittered something about how I was “much more amenable to pop punk when I’m drunk,” which is completely true. I really enjoyed their set, in spite of the audience member who was front and center and dissing on San Diego (he was from Philly, as was the band). 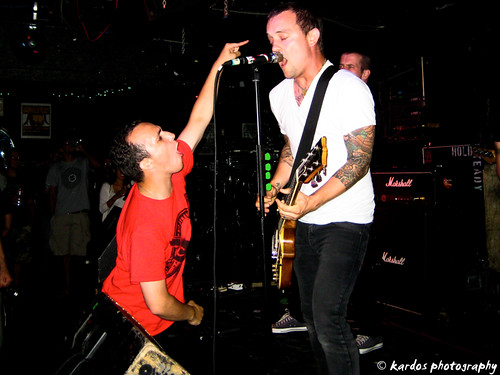 During their last song, Tad and Franz of the Hold Steady got up onstage to help them out. I’ve seen Tad do this before with other bands that they’re touring with, and it always makes me happy to see that sort of camaraderie between bands. 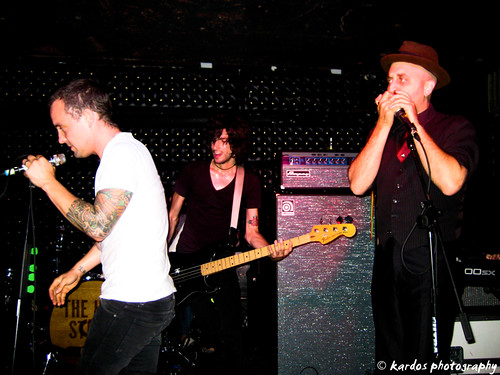 As soon as they finished playing, the audience scooted up front, but Rosey and I had spots that were right in the front, just slightly off to the side. A great spot from which to view (and hear) Finn’s preacher act. 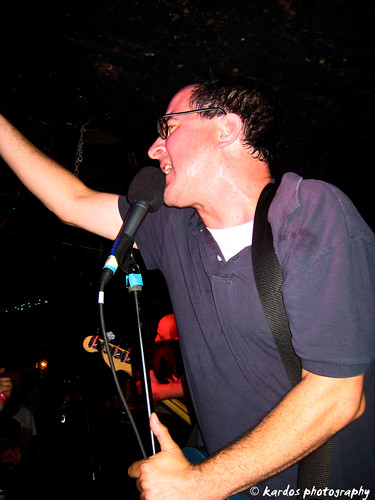 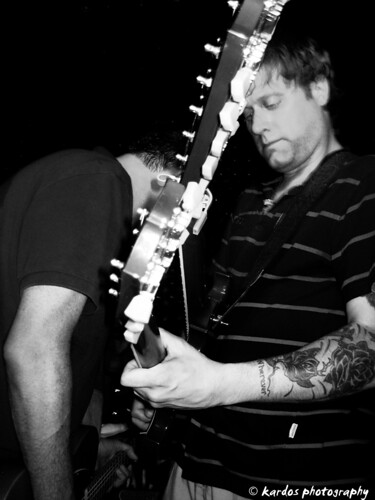 As far as their set goes, I can’t say much that I haven’t already said. They’re a great bar band, their songs “are sing-along psalms,” as the lyric goes. And as desperate and dire as the characters in those songs are, you are always left with an inexplicable feeling of hope. 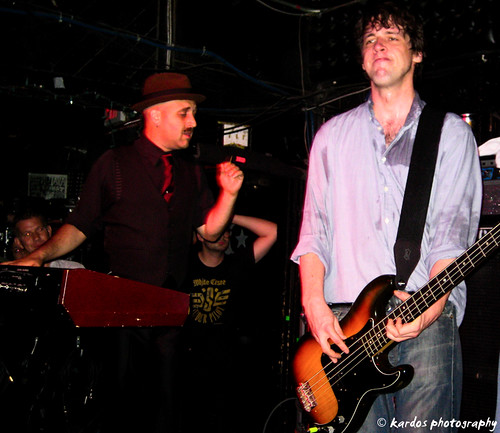 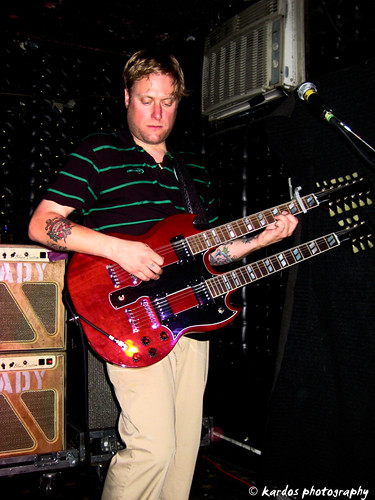 I’m still more partial to the Boys and Girls in America material, but Stay Positive has been growing on me the last few weeks. Their set was a mix of those two albums, as well as some old standards like “Your Little Hoodrat Friend.” Which, by the way, was the point at which shit just went absolutely crazy. I was drunk, much of the audience was drunk, and we were all bouncing up and down, belting out the words. Or at least I was. Thankfully the front of the Casbah’s stage is padded, but even so, my knees are completely bruised over from banging into it. 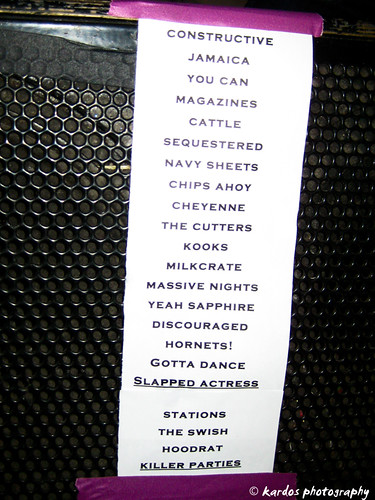 The Hold Steady is the only band that has ever made me feel the urge to mosh. 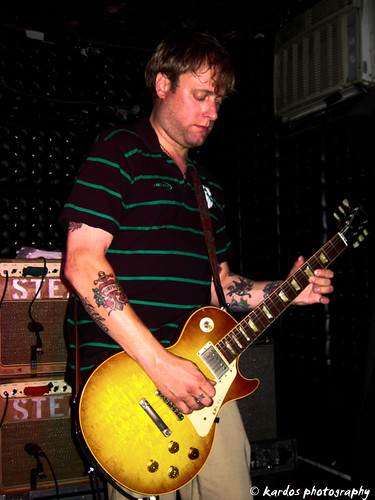 When I got home, I left a trail of clothing from my living room to my bed. It’s pretty much a miracle that I managed to get my contacts out. I’m pretty sure I didn’t brush my teeth, but I can’t be certain.

I woke up at 7AM to pee and noticed the bruises already appearing on my knees. By 11AM, I was coherent enough to grab brunch with P, but I was still pretty much a walking disaster. Almost managed to spill ketchup all over our table. That’s not an easy thing to do, either. I might have still been drunk.

But even with the bruises, the long-lasting drunkenness, the hangover and the mostly unproductive day today – I wouldn’t have had it any other way. I’ve finally experience the Hold Steady as they were meant to be experienced.

P.S. – This is why I didn’t attend NXNP today. Sorry folks.

P.P.S. – Doubly sorry about the photos. I hate the glossiness that the on-camera flash gives. It didn’t help matters that it was sweaty-gross inside the Casbah. But I figured if I had ’em, I might as well post ’em.