I know what you’re thinking – “Finally! A fucking concert photo post!” Sorry for the delay and general lack of these posts in the last month, but hey, grad school comes first. It’s what’s barely paying the bills these days, which is also what’s motivating me to work my butt off to get the degree and get a decent paying job.

That being said, I made a special exception to my “no local band shows until the presentation is done” rule last Sunday night. The last couple of times the Infants played around town, I was either not feeling up to going out, not feeling up to sticking around for their set, or I was a dumbass and left my ID in my pants at home (serves me right for wearing a dress out in public, I suppose).

So Sunday night I headed to the Casbah with the intention of catching them and possibly one or two other bands on a four-band bill. It was difficult to motivate myself to go out, as all my usual concert buddies were taking the night off for various reasons. And when I got to the Casbah, it became evident that a lot of people were taking the night off. A mere 15-20 people in the entire place by 9:45…weak sauce. But at least it gave me free range of the dance floor to take photos. 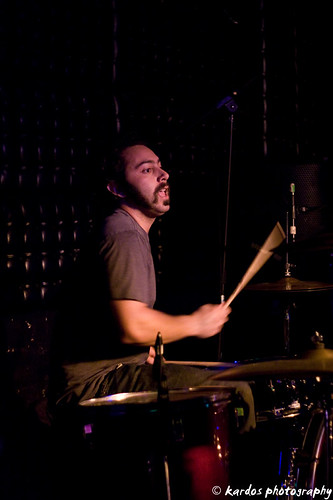 The Infants ripped through a tight but altogether too short set. I’m telling you, if you like any sort of blues music, you will like this band. That being said, they don’t play straight-up blues. It’s not rockabilly either. It’s some sort of hybrid sound, and for the life of me I can’t think of any other band comparisons that would do them justice. 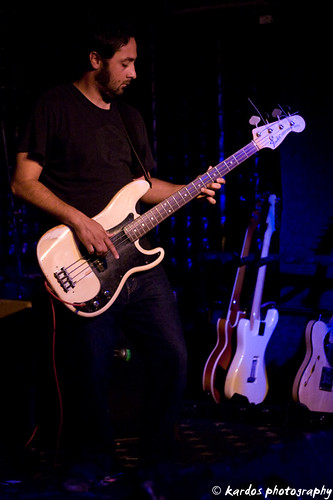 Their band is composed of merely three people – guitarist/vocalist, bassist, and drummer. Scott, the singer, doesn’t really have those frontman qualities that I usually look for, but he doesn’t need them to grab the audience’s attention. His voice is powerful enough. You’d never believe it to look at him, but the kid can wail! I’m talking best male vocalist that I’ve heard around these parts. Ever. Which comes as quite a change to the current trend in male indie vocalists these days – thin, wispy voices that can barely stay on key. Sometimes those voices work, and sometimes they don’t. But no one will ever say that a powerful voice with actual vocal talent is out of place. 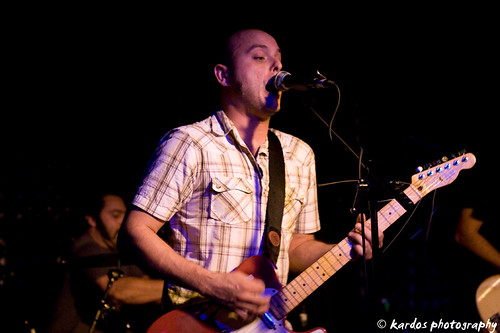 They started off with my favorite song of their’s, “Rattleshake Blues.” I feel like they didn’t really hit their stride until their fourth song, “Holdin’ On,” which was almost halfway through their setlist. Their songs could be a bit tighter, but what can you do when one of your band members still lives in LA and is trying to finish up school? Every time I see them live, they’ve shown improvement in their set. They ended with the somewhat traditional set-closer/cover of “Helter Skelter,” which had a bit more of a bass melody than the last time they played it. I really like how their bassist almost serves as a lead instrument, while the guitar is mostly rhythm with a few solos. Definitely an interesting changeup from most bands. 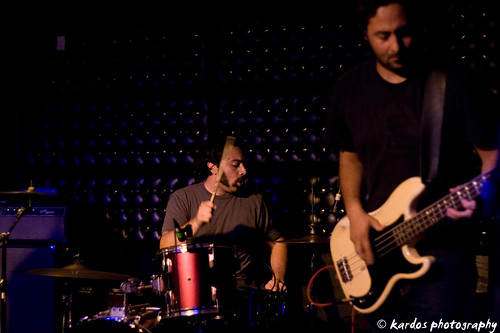 Anyway, after their set I was lagging a bit (did I mention I almost didn’t make it out to their show?), so I took off and didn’t stay for the last two bands. The loss is probably mine, but at that point a good night’s sleep seemed like a good idea.