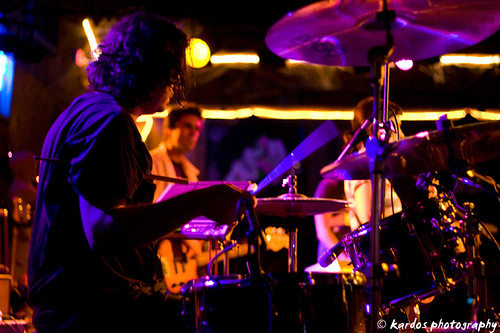 Kaki King had just started playing when I arrived at the Belly Up, and I was immediately blown away by her guitar talent and stage presence. Her material was quite a mix – some instrumental pieces, some with just her on stage with her guitar, and some with her full band (drummer, another guitarist, bassist, and keyboardist). The full band arrangements were pretty rocking – her drummer had skills for sure. A lot of the songs had a sort of shoe-gazey atmospheric bent to them, and they were all really beautiful. 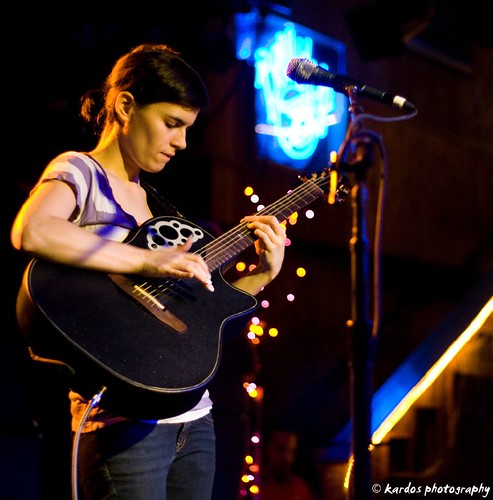 In between songs, she told us a story about walking around in La Jolla last time she was here, holding hands with her girlfriend. And thinking that “hey, we’re in southern California, the liberal bastion of hope,” so not thinking much of it, really. Then, being La Jolla, a maroon PT Cruiser full of guys pulled up and started harassing them (and yes, the irony of the situation was not lost on her guitarist: “A bunch of guys in a maroon PT Cruiser? How gay!”). So she put in her nod for “No on Prop,” so that she could feel safe and secure walking around with her girlfriend. Something that everyone deserves, no? 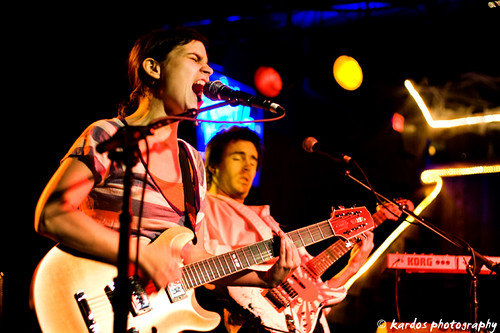 On a lighter note, she also asked the crowd what they thought her band should dress up as for Halloween. Someone in the crowd suggested Devo, and they all really seemed to dig that idea. So much so, that her guitarist and drummer launched into “Whip It” on the spot. Pretty humorous. They played quite a long set for an opener, but no one in the crowd was complaining. 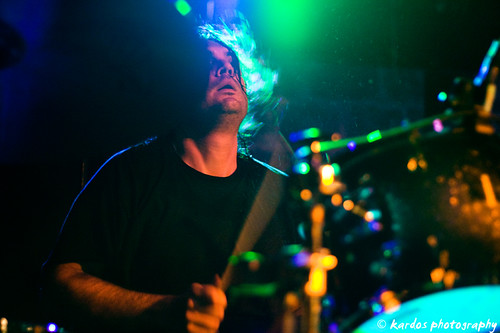 Then came the Mountain Goats. It was a good show, but John was sick and started dragging towards the end. Not that he didn’t put a lot of energy into it – we just didn’t get multiple encores like the last time I saw them in San Francisco. And the audience had to sing the lyrics to “No Children” during the encore, which actually worked out pretty well. 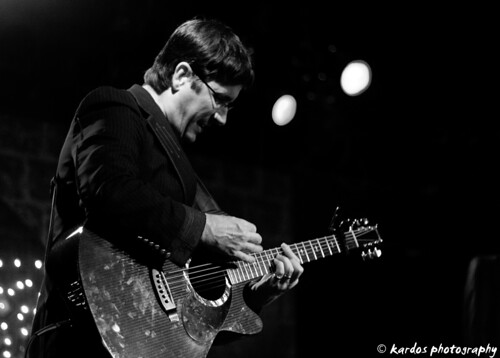 Even though John was sick, he was still quite talkative between songs. He introduced “How to Impress a Swamp Creature” by saying that it was about one of those times where it’s been a while since you’d “gotten some,” so you go visit “someone with whom you used to sleep,” even though you know it’s a bad idea. But you do it anyway. “This song, it’s about the moment where you realize how bad that idea actually was.” Yeah. Who HASN’T been there? And yes, I swooned a little at his proper grammar usage on the “with whom you used to sleep” part… 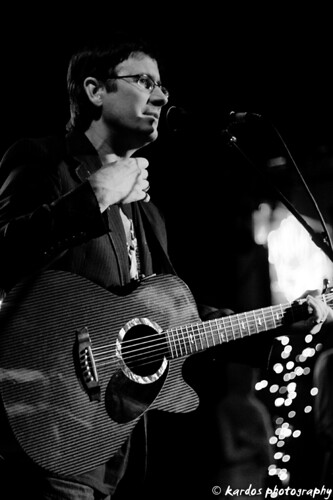 John’s acoustic solo version of “You or Your Memory” gave me chills with its chorus of “St Joseph’s baby aspirin. Bartles and Jaymes. And you, or your memory.” Darnielle’s lyrics are incredibly descriptive and make me think more of reading a short story than listening to a song. And it’s odd that so maybe people relate to or find comfort in his songs – so many of them describe hopeless tragic situations. Characters in some of his songs remind me in a way of F. Scott Fitzgerald subjects – beautiful, but for some reason totally bent on destroying one another or even themselves. 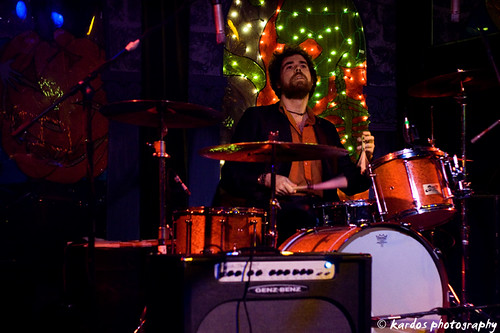 I guess maybe it’s the Jerry Springer effect? People turn to these discouraging songs because the songs make them feel better about their own lives? Or the rubberneck effect – you know that something terrible happened, but you want to be a part of it in some way, at least as an observer? Whatever it is, there are somehow few things as thrilling as yelling out the lyrics to “No Children,” full of bitterness and hate couched in devotion. It’s like telling everyone you were ever angry at exactly what you think of them, but, you know, without the consequences:

And I hope you die
I hope we both die.”

They ended with a rousing rendition of “Michael Myers Resplendent,” the song they opened up every set with last tour. And even though people clapped and cheered loudly, we all knew that was it – the house lights were up and the music was on as soon as the band stepped foot off stage. A bummer, but I hope John feels better for the rest of the tour.