With the crappy week I’ve been having, I was really looking forward to The National’s show at House of Blues, even though I had some reservations about the venue. Yes, the sound and lighting are amazing, but the people…the rigors of just getting in the door…not to mention having the people at the box office track down your ticket/photo pass…or finding out that there wasn’t a photo pit when you finally made it into the venue…

But all that aside, it turned out to be a great show. Mostly I was worried that the intensity of their show wouldn’t translate from the small stage at the Casbah to the larger one at the House of Blues. But oh yeah – this is a band that’s been doing the indie rock festival circuit for at least the past two years. It wasn’t as immediate a feeling as at the Casbah show, but oh boy, did it hit me. 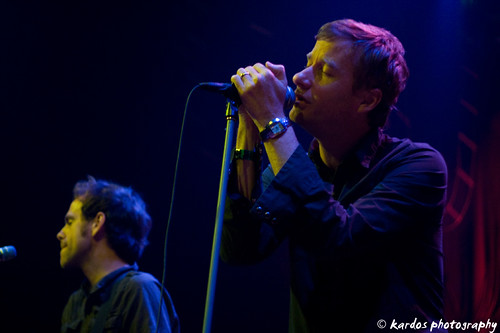 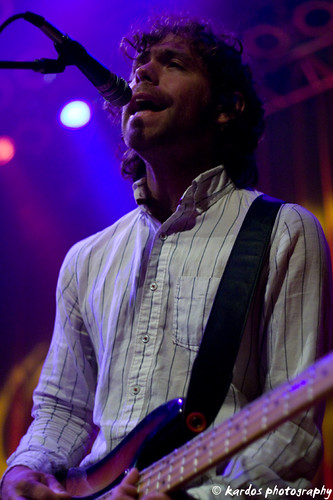 The word of the night was catharsis. It seems odd, as their albums have been described as “mellow” and “quiet,” but if you really listen to all the layers of sound going on, the former is just wrong and the latter is simply a measure of volume. A lot of their songs are about little personal triumphs and failures, so how can their live shows not be cathartic? Especially when you’re singing lines like “So worry not/All things are well/We’ll be alright/We have our looks and perfume on,” and “I won’t fuck us over/I’m Mr. November” at the top of your lungs (sorry about that, peeps around me, but I think you were all doing the same thing anyway). 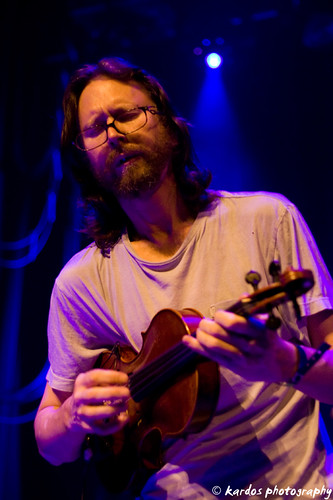 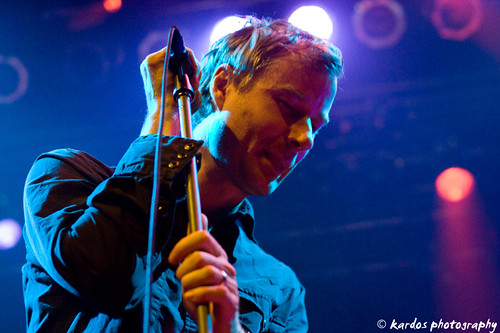 In between songs, the ever-present chatty crowd was noticeable, but while The National was playing, either the noise died down or I just got so sucked into their music that I didn’t notice anymore. Every bit of their songcraft just floors me, from the dueling guitar lines, to the horn arrangements (they had a trumpet and trombone player with them this tour), Padma’s wild violin solos, the other-worldly drumlines, and Matt’s vocal phrasings, not to mention lyrics. 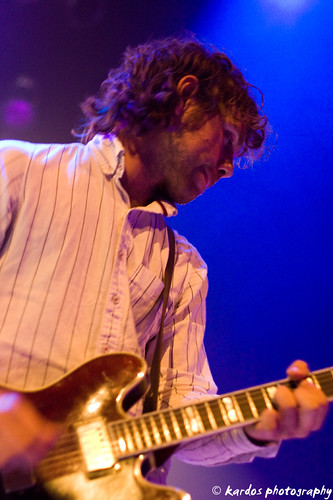 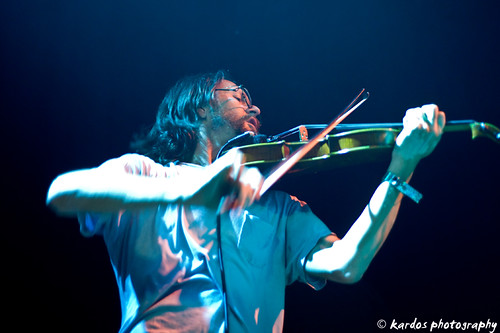 Every band should try to employ a pair of twins. Just having brothers in your band doesn’t cut it anymore. Bryce and Aaron Dessner are just so keyed in to each other when they play the aforementioned intertwining guitar lines. Sometimes while playing, they just give each other a look, and you can literally see the thought waves bouncing back and forth. They never miss a beat, or a note, in the incredibly complicated parts they play, even with a whole stage in between them. 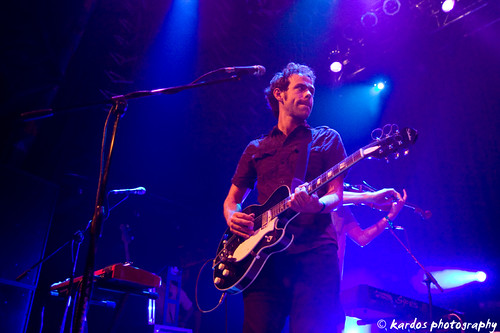 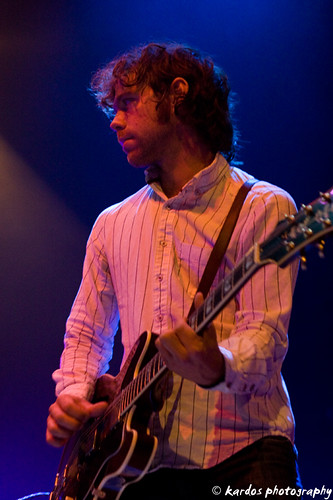 As I mentioned, there was no photo pit, but Rosey and I were allowed to squeeze up into the tiny space afforded by the barrier, which was maybe a foot wide. It was worth it, even though I was sweating my ass off by the second or third song. We stayed in for a few extra songs (no security guards were looming), and then I left to join P a slight distance from the stage. And even at that distance, I was welling up during quite a few songs, which is a testament to both the emotional power of the band and my own personal life lately. 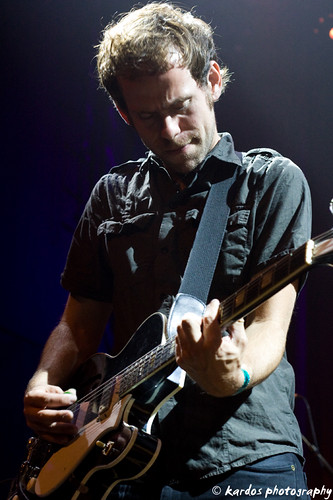 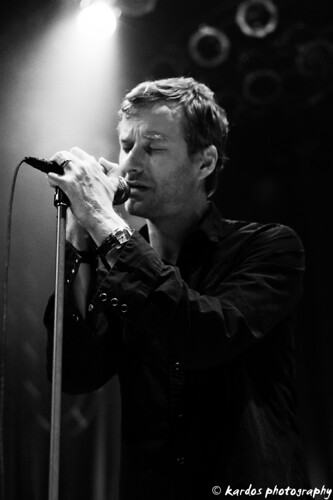 They ended with two encores (although before the second one, the band didn’t leave the stage entirely), finally concluding with an extended version of “About Today.” Which was introduced as “an old song.” Fuck, I guess I won’t be hearing anything off their self-titled album or Sad Songs for Dirty Lovers soon, if they’re already referring to Cherry Tree songs as “old.” The one thing that could have made the night better was if they had played “Geese of Beverly Road,” which floored me at the Casbah during their tour for Alligator. Or, alternatively, “Lucky You,” but I guess I’ll just console myself with the Daytrotter version of that song. 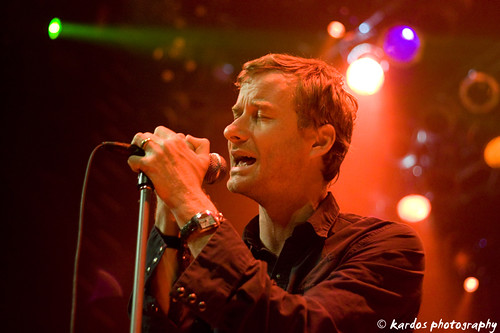 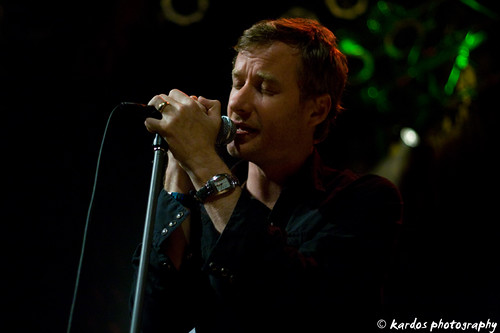 At the end of the night I managed to score a setlist, and then I bought myself a t-shirt (hooray for American Apparel small girlie shirts!) and a copy of the DVD A Skin, A Night (packaged along with The Virginia EP). And then I drove home listening to the band on my car stereo, because The National are a band whose live show adds an extra element that just makes their recorded music sound that much better.