Having no previous plans for Friday night, I jumped at Cat Dirt’s invitation to come check out The New Motherfuckers and Fifty on Their Heels at the Beauty Bar. I’d only really been to the Beauty Bar once before, and that was shortly after Halloween. That time, I wore my Halloween costume, which consisted of a red sequined dress which fit like Cinderella’s glass slipper and a pair of knee-high white go-go boots. It’s a testament to the patrons of the Beauty Bar that no one thought it was a Halloween costume, and several random people asked me where I got the dress. The answer? For $7 at a thrift store. I don’t understand anyone who would pay more for such a ridiculous outfit, but hey, whatever floats your boat. Anyway.

Got to the show around 10 and had a little bit of time to play around with my camera and my DIY flash-fix for the evening. I don’t have an off-camera flash that will synch with my camera, and there was no way I was going to get any photos in that lighting without flash. So I followed a Flickr friend’s advice and used a few pieces of surgical tape over my on-camera flash to soften it up a bit and diffuse it a little. I think it actually worked pretty well and let enough natural light come through so as to not make my photos look completely washed out.

Back to the music. The New Motherfuckers, a band from LA, took the stage first. They consisted of two guitarists (one of whom occasionally played the keyboard, while the other was the vocalist), a bassist, and a drummer. They put on a solid set of punky, New Wave-y songs which reminded me a bit of the Talking Heads. Or, as Pete put it, “their singer is definitely a David Byrne disciple.” Nothing wrong with that in my book. Afterwards, the singer handed out some free CDs, and I was happy to relieve him of one of them. 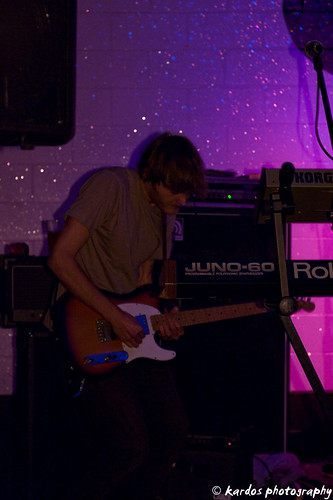 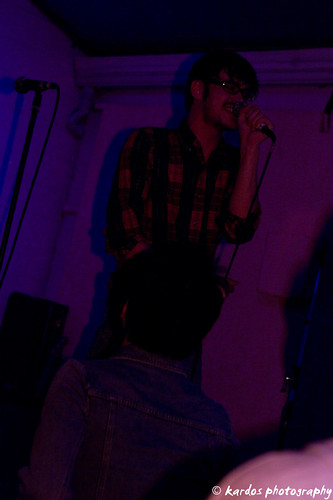 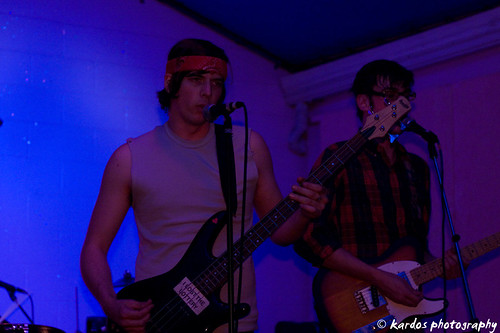 The crowd was fairly sparse during the opening set, but filled in nicely once Fifty on Their Heels took the stage. I saw Fifty on Their Heels open for Snowden a few months back at the Casbah, and I liked what I heard then. I liked it even more Friday night. They play old school punk rock – remember when punk rock used to actually have melodies? I was definitely digging their pared down setup of bassist, guitarist/singer, and drummer. Something that managed to escape my notice when I first saw them was how damn good their bassist is. I think a lot of the melody I was picking up in their songs was coming from him. And I also loved the fact that Junior Metro (guitarist and singer) was all over the stage, even jumping into the crowd a few times, and bringing the mic stand into the crowd for their final song. The crowd was really digging them, and I was too. As both a photographer and a fan of live music, I can’t stand it when a band doesn’t move around on stage. It’s just boring, and really, at that point I can just go home and listen to their CD. But both Fifty on Their Heels and The New Motherfuckers brought a ton of energy to the stage, and it translated well into the crowd. 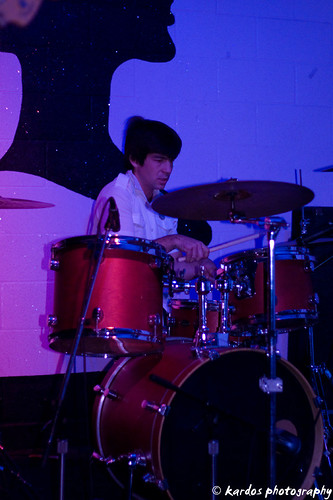 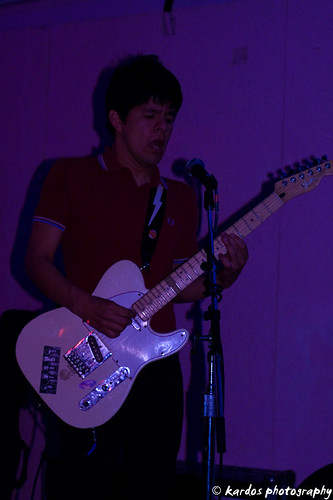 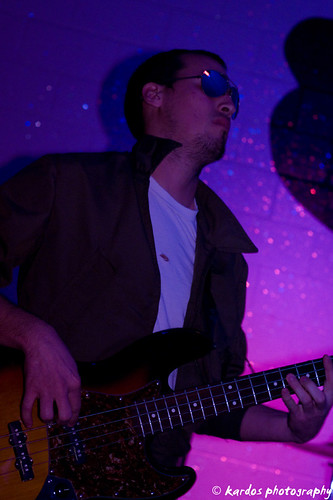 The rest of the photos are here.

Afterwards, Gabe Vega was DJing, so Pete and I hung out and danced for awhile. Why don’t more DJ’s play Blur songs? But then we got a little fed up with the fact that the dance floor is also the hallway between the stage, the bathrooms, and the bar, and that you couldn’t bust a move without bumping into someone. So we headed off to the Whistlestop to meet up with Erin and Tim, but ended up heading out of there pretty quickly as well. Mostly because I couldn’t deal with the fact that my hair reeked of smoke (thanks to the Beauty Bar and their “patio” which is really a tent with no ventilation whatsoever) and my allergies were starting to kick in. I have no idea how I used to manage to go out in bars in PA where smoking is still allowed.