This was my first stop on Saturday night. And the first show I took photos at since the Independence Jam. I’ve been slacking on the shows (although technically I was at the Sea Wolf show the night before, but no photos and I spent most of it on the patio because it was stinky hot inside), but hey, that’s life. And Rosey was out of town, so there was no one subtly nudging me to get out.

So I paid my penance on Saturday, shadowing Rosey to both the Beauty Bar and the Casbah. Our primary reason for being at the Beauty Bar was the Nurses, but things were running a little late. We saw all of the opening act, Idiot Pilot. To me, they sounded emo most of the time, with a little bit of Radiohead thrown in at times. 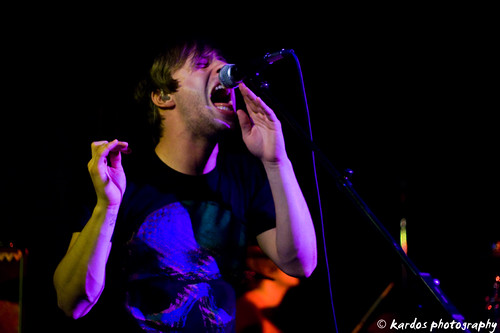 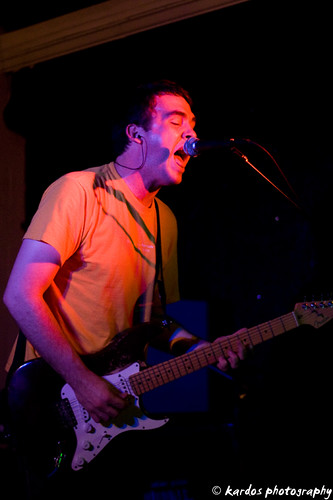 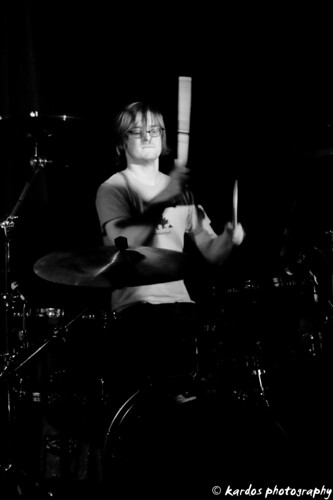 I couldn’t honestly decide if I was into it or not. They definitely worked their butts off on stage, with the singer jumping around the stage and down into the crowd. But I don’t know, when the crowd shrinks back from stuff like that, it’s a little awkward. Regardless, I give them props for trying so hard.

And hey, the Beauty Bar got some new lights for the front sides of the stage: 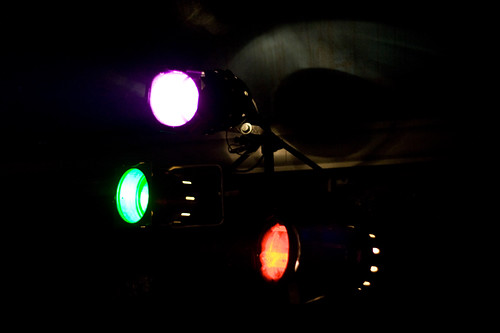 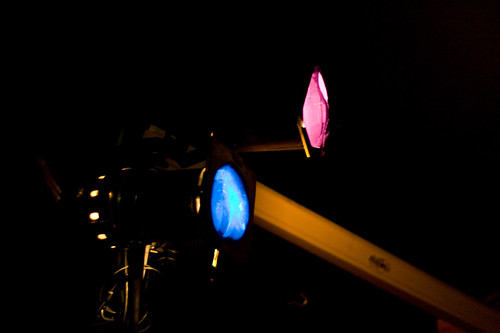 Which is good, because it means my lazy ass no longer has to use flash there.

The Nurses took forever changing out and setting up their equipment, so we only had time to stick around for two of their songs. Not enough for me to properly get a read on them, but the crowd was out in full force. 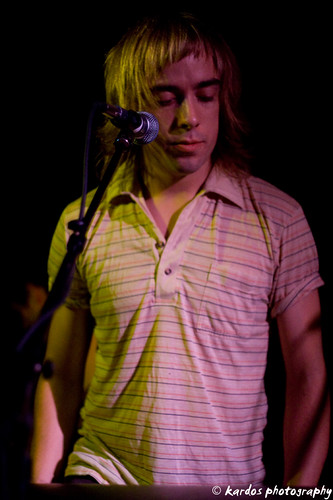 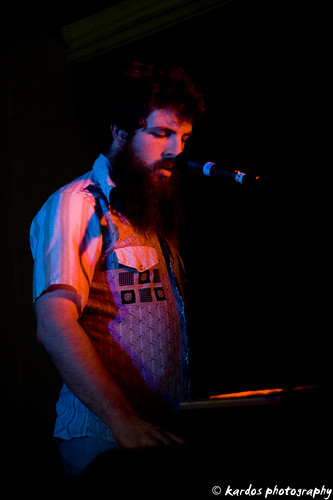 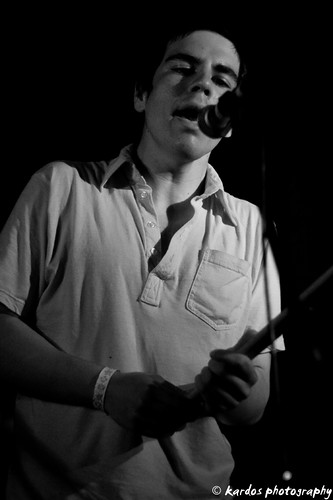 After that, we lit out for the Casbah…
Posted in Uncategorized