Pitchfork Photos of The Roots
Photos: The Roots w/The Prayers and Al Howard and the K23 Orchestra

This show was UCSD’s Fall Fest – a free concert for the undergrads, with tickets unavailable to anyone else, even graduate students. But thanks to Pitchfork and The Prayers, P and I were able to get in and watch the whole show from sidestage.

The Prayers opened the show, as the unusual act on the bill. Nevertheless, the kiddies loved them. The crowd response was great, and I’m guessing this is one of the largest crowds these guys had played to yet. I even saw some crowd-surfing… 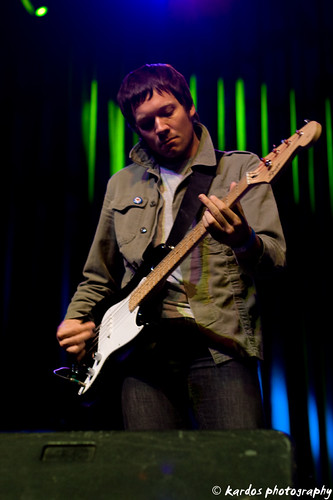 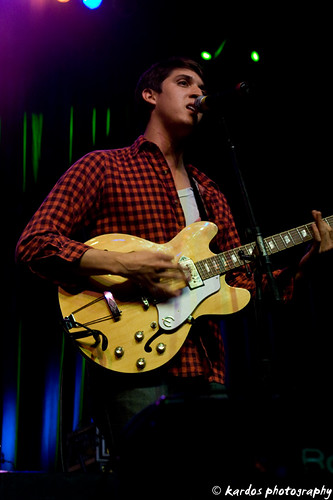 I’ve written about The Prayers enough times for any casual reader of this blog to realize that I dig them. This show was more of the same catchy tunes from them, and they made the transition to the big stage and crowd quite well. When I walked into the venue and saw them onstage, I got a huge grin on my face and a huge feeling of pride for them. 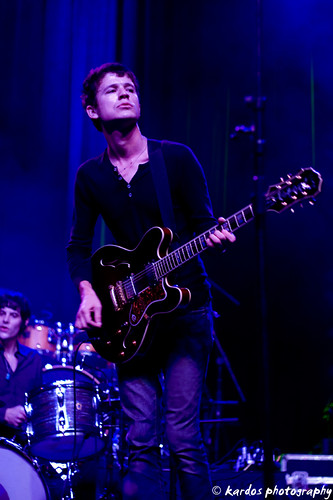 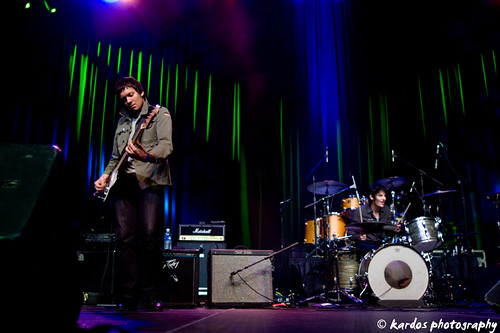 After The Prayers ended their set, Al Howard and the K23 Orchestra took the stage. I had heard of their band before, but had no idea what they sounded like. It quickly became apparent that their sound tended towards Saul Williams fronting a funk band. Pretty impressive, but after the first three songs, I ended up “backstage,” aka the boy’s locker room, to say hi to the boys in The Prayers. 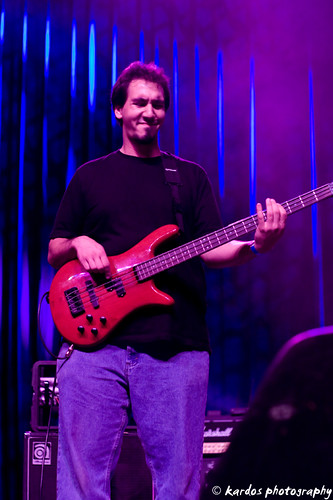 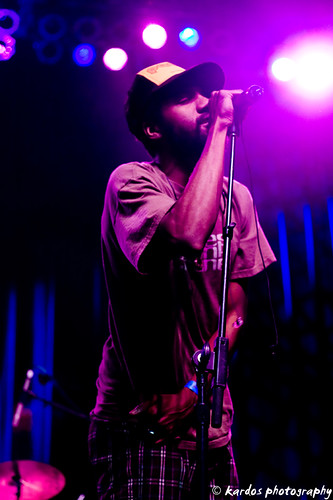 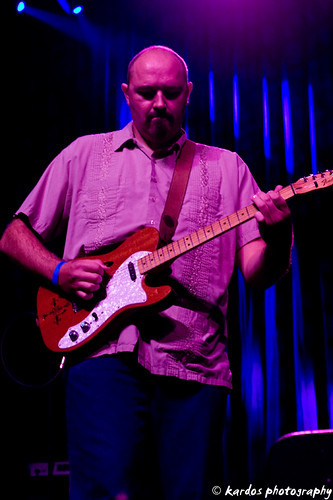 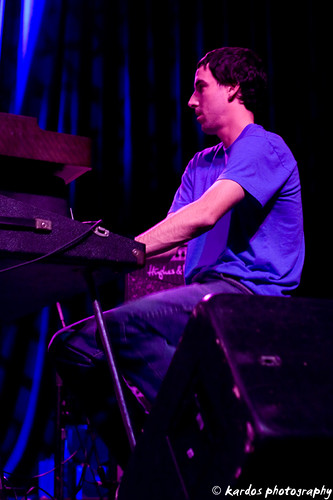 Following a long-ish set change during which I stared wonderingly at a mic’ed sousaphone, The Roots were up. Their first song featured an unaccompanied monologue by Black Thought, who was shrouded in darkness. Towards the end of it, the rest of the band came onstage to massive cheers from the crowd. They then proceeded to crank the lights up and rock out. 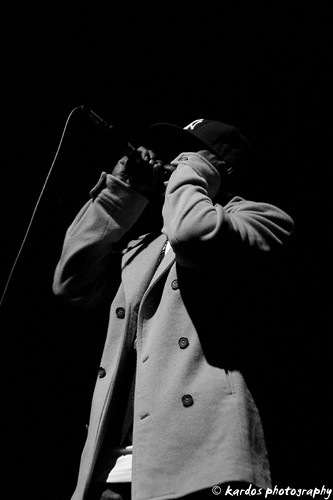 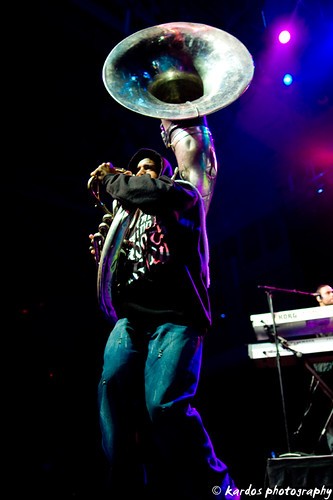 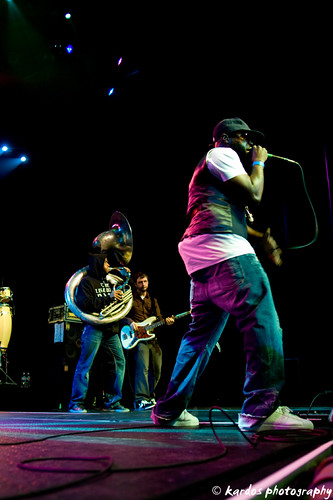 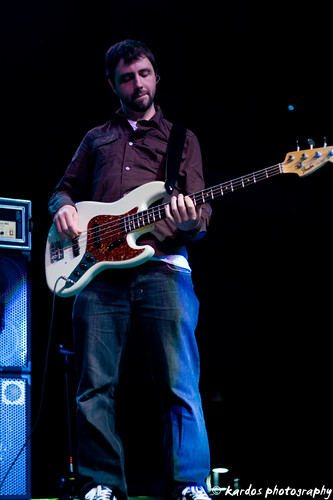 Halfway though the set, all of the band members left the stage, save ?uestlove, the sousaphone player, and the guitarist. They then introduced their “side project” whose name I failed to catch, and launched into a 15 minute version of Bob Dylan’s “Masters of War.” The guitarist’s vocals were mind-blowing throughout, and the whole song managed to keep my attention, even with multiple solos and tangents. Once they wrapped up the song, the rest of the members of The Roots came back onstage and teased the crowd with a medley of well-known hip-hop songs, old and new, before coming back full circle to their own material. 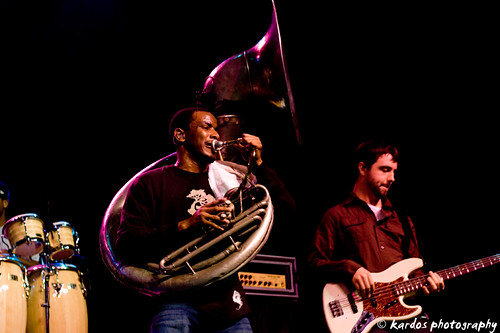 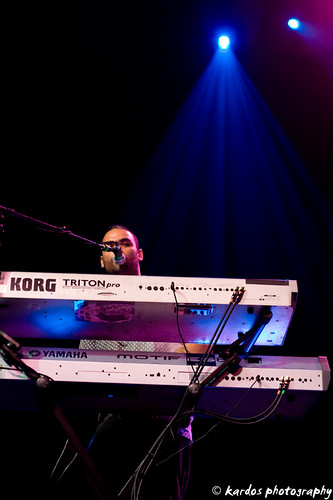 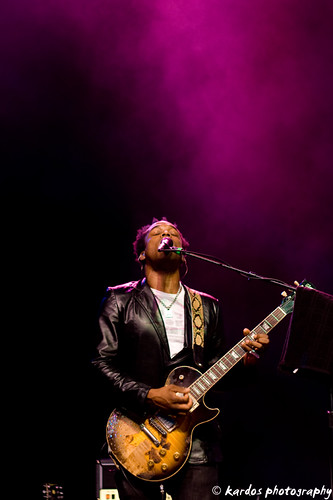 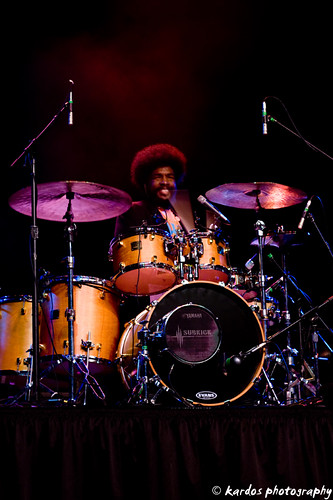 The night ended fairly early, but I was thankful for it, as I had to get my photos off to Pitchfork before hopping on a plane at 9:30 the next morning to attend a retreat for UCSF graduate students in Lake Tahoe. I’m starting to feel like I’m leading a double life here – backstage at a Roots concert one night, talking science with soon-to-be fellow students and faculty the next night.