Last Sunday night, I took my brother to see The Silent Comedy and Or, The Whale at the Casbah. It was the most suitable replacement for church that I could come up with.

We found out before the show that the lightboard at the Casbah had blown out. So there were three lights turned on full blast and aimed at the ceiling (otherwise it would get way too hot on stage). Two with red filters, one with blue. Sigh.

Needless to say, I was pretty lazy with photos. I think I took maybe eight of Or, The Whale and exactly one of The Silent Comedy. A few of the former actually came out. 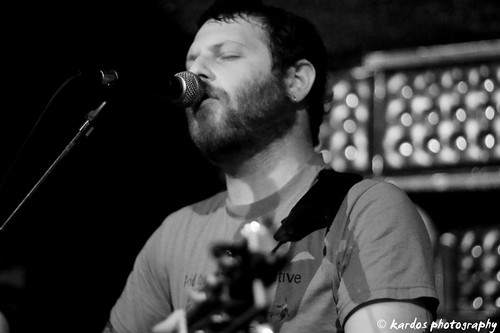 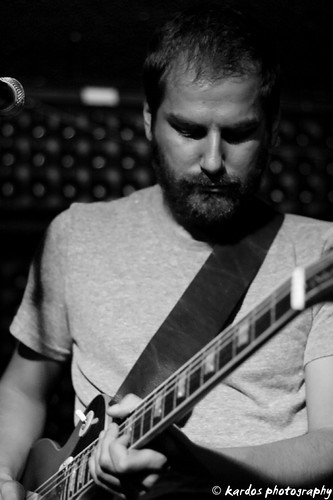 Or, The Whale is a great band. I love how they switch off on vocals, I love the twang in their voices, and I love the fact that they all look like they’re having fun up there. Even when they’re singing about some depressing shit. They played some songs off Light Poles and Pines (if you don’t have it, I highly suggest you get it), and some new ones that will be on a record tentatively scheduled to be out in March. I can’t wait for it. 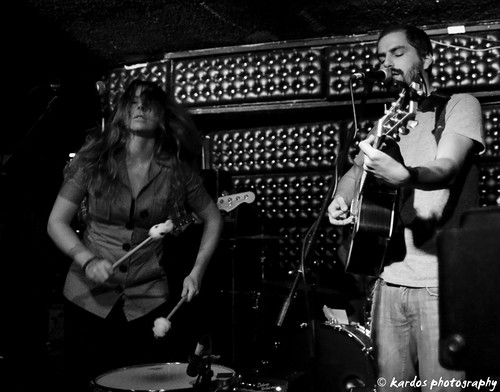 Since the photos weren’t working out so well, I decided to take some video of them in action. Here’s “Fight Song”:

Before their last song, Rosey sent me this note from the smoking patio. Almost as good as a “Do you like me? Circle ‘yes’ or ‘no'” note. 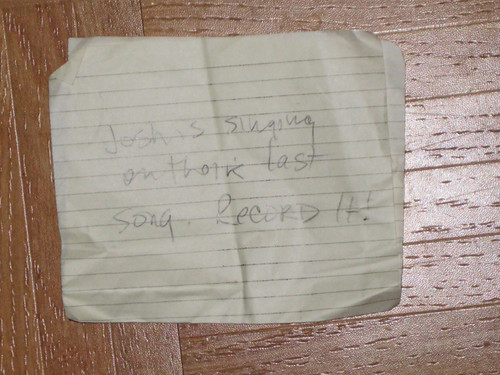 Turns out it wasn’t just Josh that was helping out on that last song – it was a couple members of The Silent Comedy. Here’s “Call and Response”:
I wasn’t sure how my brother was going to like the Casbah show, but he really enjoyed Or, The Whale. And when The Silent Comedy got onstage, they brought it as per usual. I think Neil was pretty floored that they were a local band.

Like I said, the one photo I took of Josh turned out completely blurry, so I just shot a bunch of video. Despite it being hot and packed in the Casbah, they put on a great show, gospel routine included. If you haven’t seen them, that probably sounds cheesy, but I’m being completely honest and serious when I say that this is how church should feel. Joyous, racous, and FUN. The videos I shot only capture about a tenth of the energy that was in the room, but you get the idea.

“America” (new song):
Their usual ending medley, with members of Or, The Whale:
And “All Saints Day”:
I always think about recording “Gasoline,” since it’s my absolute favorite, but I never do because I always want to sing along. Belting out “I am alright” a bunch of times does way more good for your soul than going to confession. That’s a fact.
Posted in music, music photography