I’m not sure there’s much more praise I can lavish on The Swedish Models without this blog turning into their official fan site. I love the hell out of those guys, both as musicians and as people (well, the 80% of the band that I’ve officially met, anyway). The few shows that they’ve played always get better and better, and I always find myself walking around singing their songs for a whole day or two after seeing them live. I think that’s the definition of catchy songwriting. 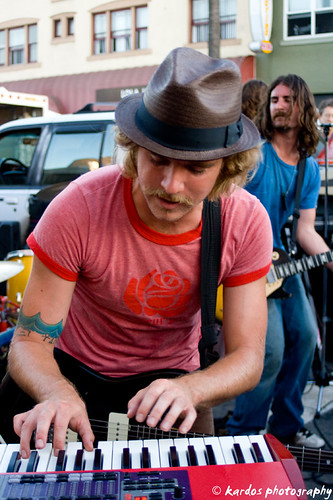 Their set at the OB Farmer’s Market was a chance to see them outside of the usual crowd of people normally at their shows. It was interesting to see a whole different crew of people digging them. They definitely won over the hippies and bums, plus the other folks that were there. 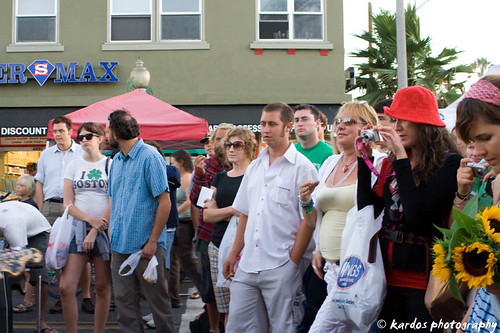 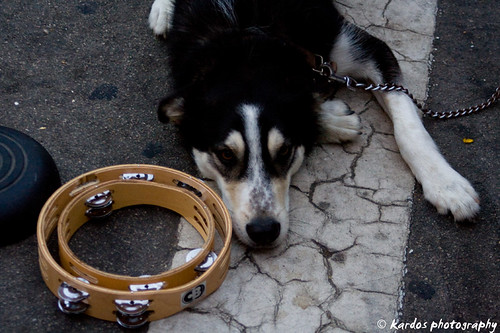 From the second they started playing, people’s ears perked up to their sound. By the way, the OB Farmer’s Market has a much better PA system than I would have expected – props to them! The guys threw together some burned copies of their EP The Adventures of the Swedish Models the night before, and if you missed this show, you missed getting your hands on a limited-edition of the EP, complete with Spiral-Art detailing on the sleeve. I got myself one of the 20 or so that they handed out, and believe me, these things went fast. People love free shit, especially in OB, but I was still impressed at the speed with which they disappeared. 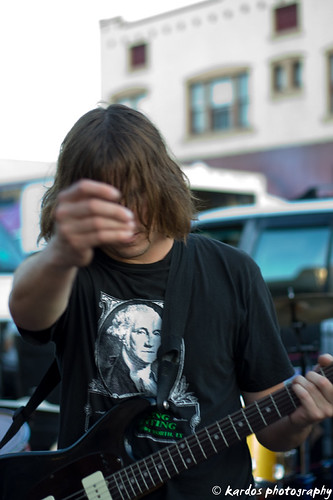 The whole set, people were buzzing around, asking who the band was and if they had any more CDs. Andrew took the opportunity to remind people of their show at the Ken Club next Friday – it’ll be nice to see some of those people there. Even when we went out to the bars later that evening, people were giving the guys compliments on their live performance. 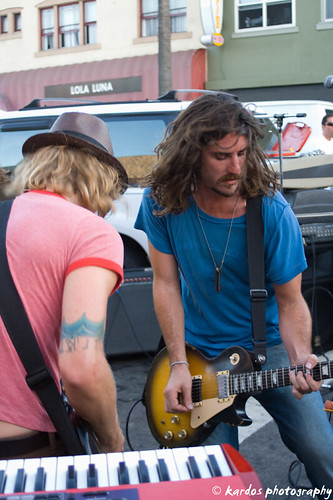 The guys played all 6 songs that they’ve written so far, explaining that those were the only songs they had when the audience asked for more. Their closing song was the really long one that has two or three trick endings and that I’m referring to as “The Middle of Me” because I think that’s a line in the chorus of the first part of the song. It ends with both Andrew (McNally) and Dusty banging the shit out of their tandem drum kits – this time Dusty knocked over two cymbals and a snare drum for added flourish. 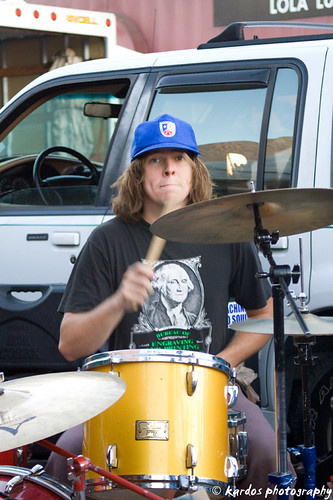 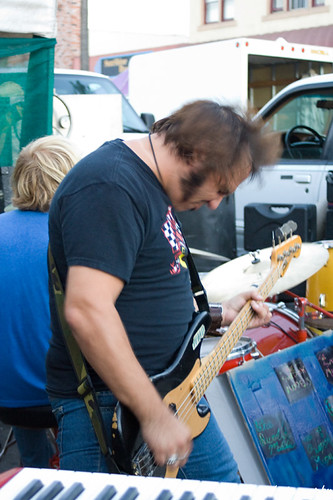 I think one of the greatest strengths of the band is that they all write, and most of them sing as well. This gives each song a different personality, depending on who wrote or sings it. And in the songs where there’s sort of back-and-forth vocals, it mixes things up to have different vocal styles. I dig ’em, if it’s not obvious already. Check them out when you get the chance – rumor is that they’re playing the Belly Up sometime in August? Yeah, I’m there. 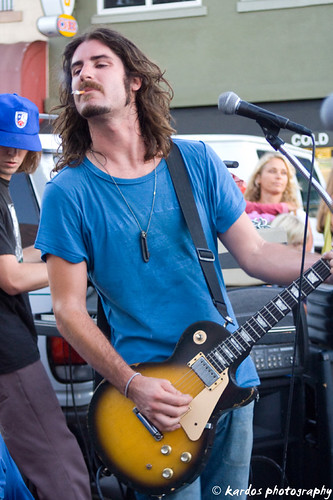