When I told a friend that I had seen The Sword at the Casbah, he responded with, “The Sword? What was an indie-rock kid like yourself doing at a throwback metal show?”

And that’s a fair question. I don’t really know much about metal. I don’t think I can legitimately claim to have ever been at a metal show before. So the short answer to that question is “I’m in good with their PR people.”

But the long answer is a little more surprising. I was sent their CD in the mail, and out of sheer curiosity, I popped it in my car’s CD player. And damned if I didn’t enjoy it…

But still, I really have no basis for comparing these bands to any other metal bands. I’m just not familiar with the genre. But I was definitely entertained the whole time.

Children were up first and played a fairly quick set that was loud. Their singer kept standing on the edge of the stage, head-banging while he played. And I can tell you this – if you want the most effective hair for head-banging, grow it really long on top and then shave almost everything underneath that off. 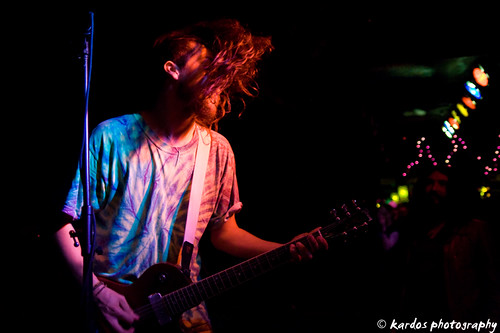 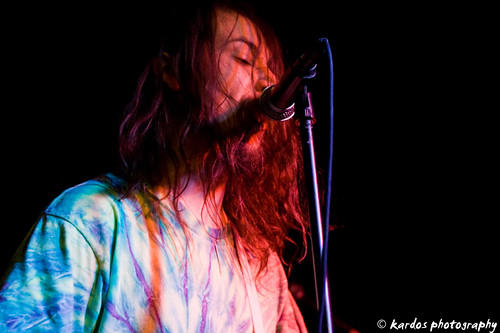 Other than the singer standing on the edge of the stage, the rest of the band was pretty non-confrontational, hanging back in the shadows of the stage and just doing their job of playing their instruments. 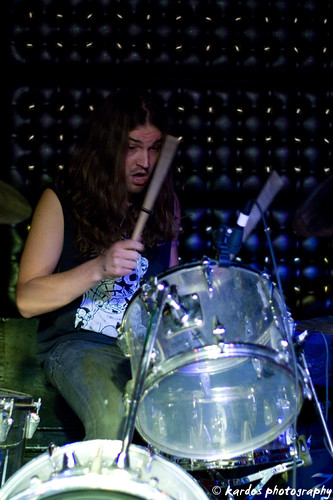 Children @ Casbah, shot by Natalie Kardos
The next band up was Slough Feg, and they all looked almost twice the age of any other band member on stage that night. And I think their experience showed, mostly in their stage mannerisms. 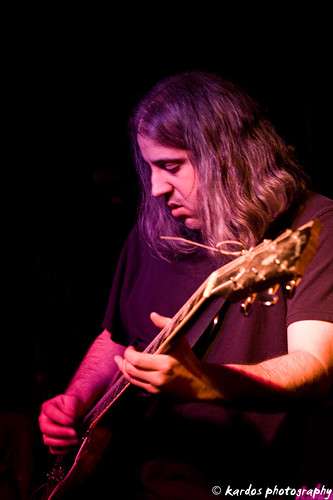 Instead of hanging back onstage and just playing their songs, all of them (excepting, of course, the drummer) were all over the stage. Especially Mike, the singer. He was nothing if not confrontational, really playing it up for my camera. 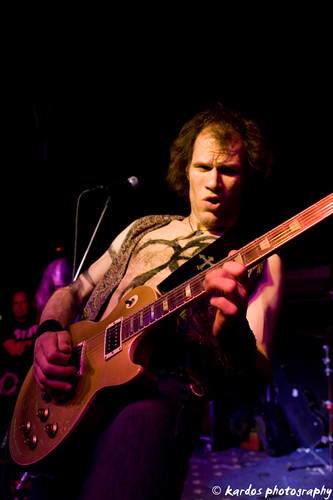 I don’t mean confrontational in a scary sort of sense, but just in the sense that he was interacting with the audience, asking them why they weren’t moving closer to the stage. He was all over the edge of the stage and the monitors, and the bassist and other guitarist were as well. 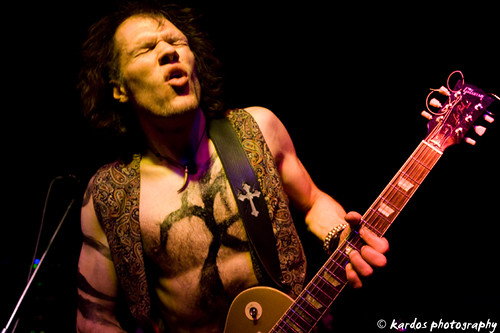 Slough Feg @ Casbah, shot by Natalie Kardos
After their energetic set, it was time for The Sword. And let me just say, I have not been in a room with that many sweaty men in a long time, if ever. I would estimate the male : female ratio at the Casbah that night to be somewhere around 20 : 1, if not greater. And as soon as Slough Feg ended, they all moved forward, so whatever room I had to move around with my camera was completely gone. Fortunately, I had posted myself front and center as soon as I got there that night. 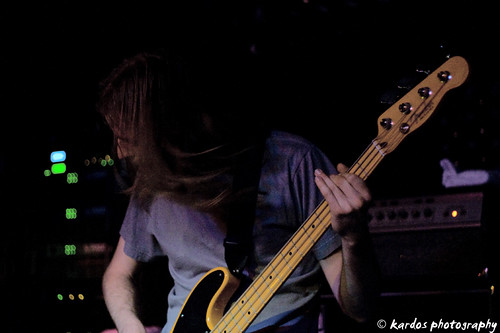 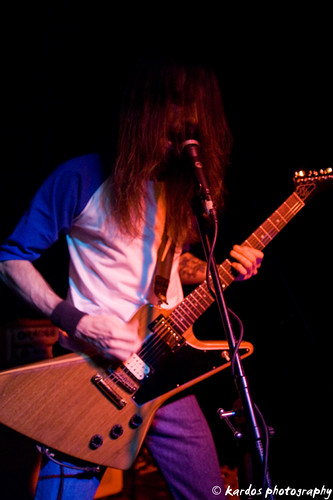 I lasted in that position for about four songs. The band sounded great, the mostly male crowd was digging it, and as male crowds are wont to do, they started surging forward. I saw the monitor to the right of me get shoved forward about six inches when the people standing in front of it were shoved forward, and that’s about when I decided to get my camera bag full of expensive equipment that I can’t afford to replace the hell out of there. 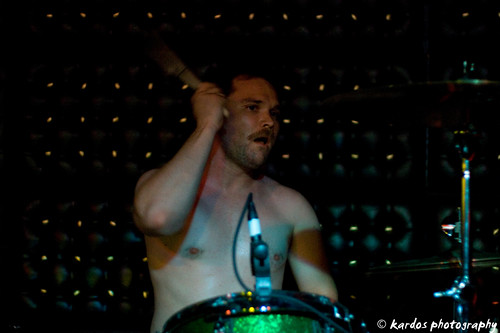 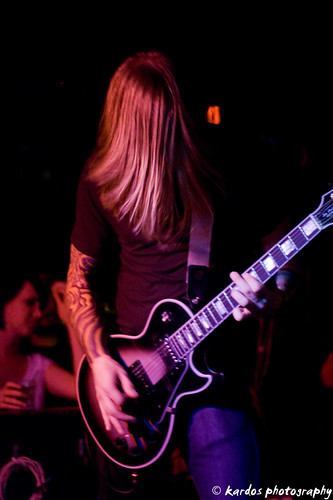 I somehow managed to make it to the smoking patio, where the crowd was much thinner and I could still hear the band quite well. And that’s where I stayed for most of the rest of the show. Several people attested to having their faces melted during the show, and I think I felt something similar, even from a distance.

And hell – it was much better than being at the Padres game that night, which ended up lasting 22 innings…